Women have long been fighting for salvation and now we are in the midst of a reckoning. 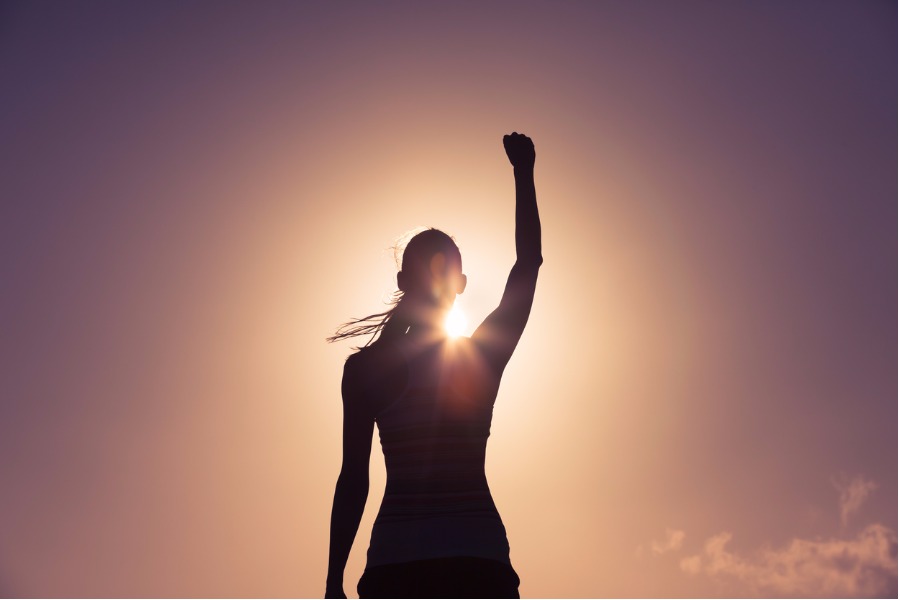 I don’t know how many times I have said throughout the year, ‘the tides are turning, the dams are breaking, there is an undercurrent that is gaining traction and it’s going to detonate on all our shores with a force so strong that nothing will ever be the same again.’

On January 21st I sat down with my daughters and watched Ashley Judd at the anti-Trump Women’s March in Washington D.C recite the words written by a 19 year-old American poet. As she proudly declared to her audience that she too was a “nasty woman,” referring to the infamous slur cast upon Hilary Clinton by her political opponent Donald Trump, I could feel the rumbling begin. We hung on every word, so moved, so empowered and so vindicated. She was saying everything we felt in our core.

Who would have known that nine months later it would once again be Judd exposing the vile predatory behaviour of one of Hollywood’s most powerful players that would launch a watershed moment of change for women’s rights?

A social media campaign soon followed with thousands of women sharing their stories using the #MeToo hashtag, highlighting how prevalent sexual abuse against women is in society. As was expected, arguments were raised about what constitutes sexual assault, questions were asked about the legitimacy of the claims and the blame was pointed back at women. But women stood firm, they stood together and supported each other so that no longer were their cries drowned out.

No longer will women be submissive. No longer will the acts that frighten us, leaving us hidden behind a coat of armour for self-preservation, be tolerated. We live in a world where the majority of women do not feel confidant to speak their truth, a world where it is not safe to walk the streets at night, a world where women are conditioned to expect harm if they dress a certain way. This is our reality, this is our truth and this cannot continue.

“No longer will women be submissive. No longer will the acts that frighten us, leaving us hidden behind a coat of armour for self-preservation, be tolerated.”

Indeed the tides are turning and it is a great time to be female, but more so, it is a wonderful time to declare with pride that we are feminists.

This week, Merriam-Webster announced that the “Word of the year for 2017” was Feminism which was no doubt driven by the increased number of news stories highlighting  sexual assault. Interestingly, last year the “Word of the Year” was Surreal. Could we as women have ever dreamt that in one year so much progress could be made for women’s rights? Who would have known that off the back of our greatest heartache in the US election could come such remarkable change?

Since the 1800’s, women have been fighting for their salvation and now we are in the midst of a reckoning. While some are clambering to restore normalcy, the line in the sand has well and truly been drawn in our third wave of feminism.

As women, we will dictate what happens to our bodies, we will place boundaries on what is and isn’t acceptable narrative, we will fight back for the rights that were taken from us because of our gender.

After redemption must come atonement. I would expect every man to work together with us to realign in the inequality and face the pervasiveness of misogyny. Harvey Weinstein is not the exception to the rule. I am certain most men have limited understanding of how their words and actions can slowly slice away at a woman’s soul because our society is shaped, permeated and restricted by sexism. These actions and beliefs de-humanise women. Together we must break apart these normalised patterns of behaviour and rebuild a society based on respect, empowerment, boundaries and consequences.

While we still have obstacles to face, 2017 has been a remarkable year as we edge our way closer to our ultimate goal. Equality.

Melanie Sheppard is a writer, blogger and a passionate activist for women’s rights. Mel’s also a Premium member, you can connect with her here.
Read more:

Not just Hollywood problem: 1 in 4 Australian women have been sexually harassed at work

One man doesn’t rule the world! Time to #StepUpandSpeak