Launa Inman is one of Australia’s most accomplished corporate leaders. Her determination and her drive have seen her lead Billabong, Officeworks and Target Australia. Here she shares her tips on how to make it. 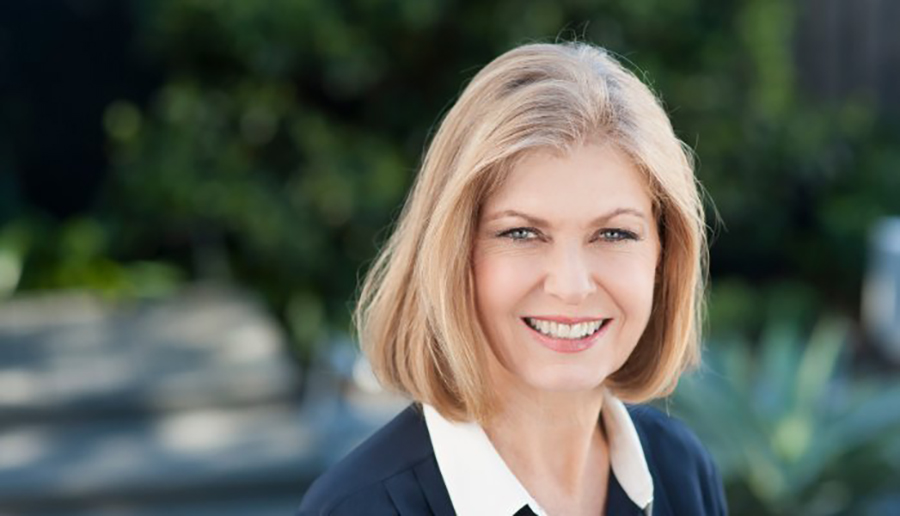 When Launa Inman became CEO of Billabong, the first question she was often asked in meetings or media interviews was, ‘do you surf?’

No one asked, ‘have you ever run a company before?’

Launa Inman is one of Australia’s most accomplished corporate leaders. And when she started at Billabong, her surfing skills were irrelevant. What was relevant was her determination, her drive and the fact that she was the right person to turn the company around.

And that’s exactly what she did.

We’ve partnered with Toyota to handpick some of Launa’s wisdom around getting to the top – and staying at the top – shared at our recent Movers and Breakers conference.

1. Don’t wait to be tapped on the shoulder

A conversation Launa Inman had on a flight from Perth to Sydney in 2004 changed her life. At the time, Launa confided in the colleague she was sitting next to that she was interested in the role of managing director at Officeworks, that had just become available, but was disappointed no one had approached her.

The colleague had some simple, but sage advice. She burst out laughing and said “you are so naïve.”

“Don’t wait to be tapped on the shoulder, if you don’t ask, you don’t get.”

As a result, Launa put herself in front of the decision maker the very next day and told him she wanted the job – he handed it to her there and then saying, “I wondered when you were going to ask, the job is yours.”

Before taking the job at Billabong in 2012, Launa had been managing director at Target for seven years; she was more than qualified as one of Australia’s most experienced female executives.

“I got to a stage where I felt I didn’t want to be doing this for the rest of my life; I wanted to have another chapter in my book of life,” Launa says about making the decision to move on from her role at Target.

“Being a part of Target had been the most fulfilling time. Everything was right for me to stay there, but I knew that somehow if I didn’t make the move then, I was never going to make it.”

At the time of taking the job at Billabong, Launa was just one of six women leading ASX 200 companies – lots of people were questioning how a retailer, a woman and non-surfer had been given the top job at what was one of Australia’s most loved brands.

During this time, Launa was hounded by the media.

“It was much more interesting having a woman like me running it, because the company was in trouble. I’d challenge you now to tell me who the CEO of Billabong is. I don’t think anyone knows. And at the time, it was so tough. I reckon I was in the press four times a week and every day I’d be dreading opening the papers and seeing something about it. Initially I found it really challenging personally and then I realised that I actually had to stop taking it personally. I was really fortunate to have an acquaintance who was an investment banker, who was so incredibly kind to me and he kind of mentored me through.

“He just said to me, ‘you’ve got to understand this is their day job, it’s not personal, it’s not about you. You’ve just got to accept it and realise that it will pass. It’s a moment in time. And that actually made all the difference, it really put things into perspective.”

A common misconception was that there are not enough of women are on boards because there ‘aren’t enough women coming up from leadership roles and therefore they don’t have the expertise to add value to a board’. She said it’s up to us to do what we can to give women opportunity and shame those who don’t.

“I look at retail and I see it’s all about the consumer and yet there isn’t a single woman running a retail operation today in fashion such as David Jones, Myer, Target, K Mart, Coles, Woolworths – I’m not saying they’re not, but I can’t believe that there isn’t one women (when women are the main shoppers) who’s capable of running it!”

“We need to push the companies to really focus on giving women opportunity but I do think we as women need to be asking. Because as I’ve said today, if it wasn’t for that lady giving me the confidence to get out and ask, I would not be where I am today.”