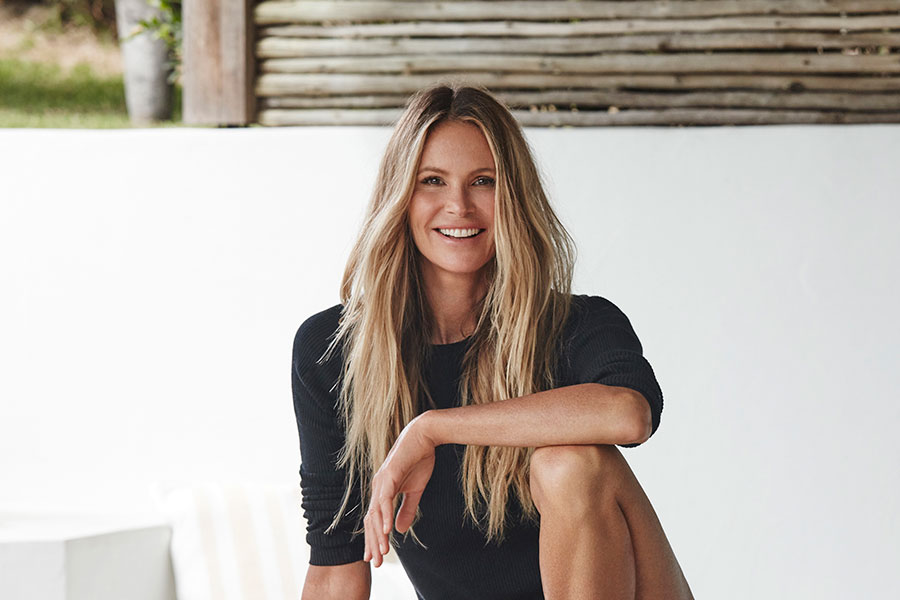 Ahead of our national tour with Elle Macpherson, we’ve uncovered a few little known facts about the iconic Aussie supermodel turned entrepreneur.

1. Growing up she wanted to be a teacher

In her guest column for Get The Gloss, Elle reveals how she got her childhood ambition to become a school teacher from her great grandfather, William Gow (seven generations removed), who set up the first school in Australia. It was later on in high school that Elle decided she wanted to study law. “I was good at English and enjoyed debating so I applied and was accepted into [law at] my preferred university,” says Elle.

It was a friend of Elle’s who accidentally set the course for her modelling career. Reportedly hedging a bet when Elle was 18, her friend dared her to give modelling a shot. “You should try modelling because you’re so tall. I bet you $20 an agency will take you.”

Having nothing to lose, Elle took on the bet and as we now know, was accepted into Click agency, modelling briefly in Australia before deferring uni and relocating to the US.

Thought of the day. In Australia we say “True BLue.” It means be real… be authentically you. @welleco

3. Her celebrity stories from modelling in the ’80s are epic!

During an appearance on Jimmy Kimmel Live!, Elle shared not only how she turned her wildly successful modelling career into a full-fledged business, but a few celebrity stories too. Including the time she went to St. Barts with fellow models, Christie Brinkley and Whitney Houston (yes, that Whitney Houston). After the shoot, the trio went to a bar, where Billy Joel happened to be playing piano. As life played out, Whitney Houston went on to become a famous singer in her own right, and Christie Brinkley and Billy Joel fell in love and married a short time later.

4. She cameoed on Friends

If you can cast your mind back this far, you might remember Elle appeared in Sirens, the 1994 film, based on the real-life artist Norman Lindsay, Alice by Woody Allen (1990) and Batman & Robin (1997), but she also had a cameo role in the cult tv show Friends, starring in six episodes during 1999-2000 as Joey’s roommate.

5. Even Elle gets overwhelmed by wellness trends

It’s never been easier to make good choices when it comes to being healthy, but there’s also never been so much choice before. It’s reassuring to learn than even Elle has had times where she’s overwhelmed at the sheer amount of health-centric products on the market – a feeling that led her to co-creating Welleco.

“I have always been interested in wellness. I have taken supplements most of my life, but the market got so crowded. I got overwhelmed as to what I was meant to be taking so I went to see Dr Simone Laubscher,” says Elle in an interview with Grazia UK. “My jet lag was quite profound, my skin was dry and I found mornings difficult, which is out of character for me. I didn’t imagine that I could have a high acid PH balance because I don’t eat red meat, I don’t really drink alcohol and I live a pretty simple, natural life. But having a high acid PH in the body can be from anything from not enough sleep to stress.”

Elle started taking supergreens from Dr Simone, began to feel better and then set about sharing it with the world, co-founding WelleCo in 2014.

FYI, there’s just days until Elle graces the Business Chicks stage, and we’ve saved one of the best surprises for last. Buy your ticket to Elle before midnight tonight and you’ll go in the draw to win a swag of awesome prizes valued over $700. And, if you’ve already bought a ticket – don’t stress, you’re in the draw!

What one lucky winner will receive:

Head to our tickets page to pick up your ticket, and we’ll see you there!