Women make the majority of workplace mental stress claims, so how do we de-stress and take back our lives? 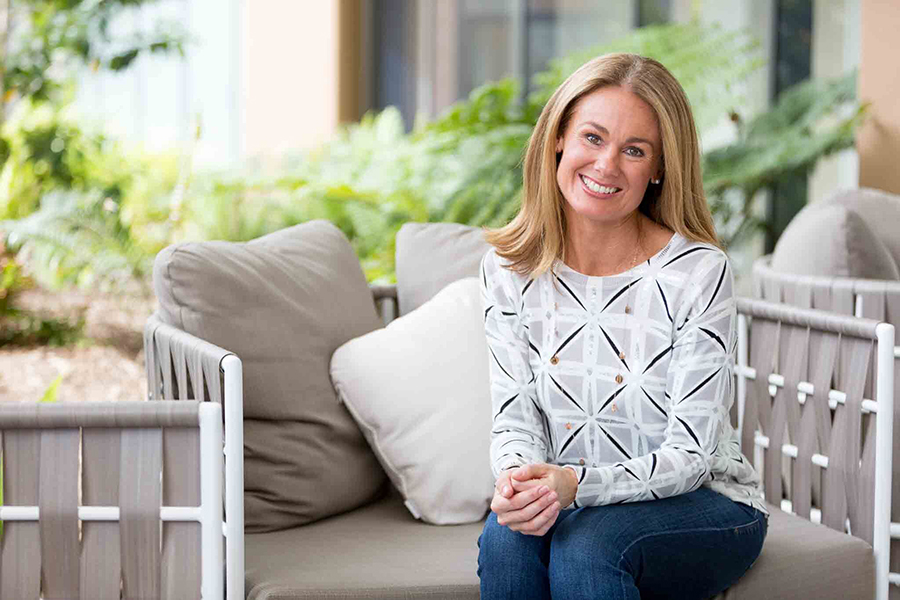 Ask a bunch of women how they are, and you’re guaranteed some of them will say, ‘busy, crazy busy, stressed!’ According to Safe Work Australia, women make the majority of workplace mental stress claims. So how do we de-stress and take back our lives?

Dr. Libby Weaver is one of Australasia’s leading nutritional biochemists, a seven-time number-one bestselling author, and an international speaker. We’ve handpicked her best tips for managing stress from our recent Movers and Breakers conference, brought to you by Toyota.

1. Determine if it’s fear, not stress.

Having worked with people for 20 years now, one of the things I’ve come to see is that stress is normally actually used as a word for fear. It’s just kind of weird for us to walk around going, ‘I’m really scared about this and that.’ I’m not denying that there isn’t any genuine stress in the world, nor am I denying that there is genuine trauma in the world, but if we actually pull the curtain back about things that stress us out, it is often fear.

2. Don’t judge yourself too harshly

Think about everyday things we get stressed about, like your inbox, a never-ending to-do list or running late. If we look at running late as an example, you might get really worked up if you’re running late, but you’ll see that what’s behind that is something that you’re scared of, not the running late itself. And what most people are scared of, and what most of our stress comes from, is our concern about what other people think of us

When you get yourself into a little pickle on the inside, even if you don’t show anyone, if you can pause in that moment – don’t bring judgement – just bring curiosity and kindness to yourself and go into that and say to yourself, ‘if this truly is fear, what is it that I might be frightened of?’ You might start to see, for example, that you only get stressed about running late for a handful of people and it’s probably your relationship with them that you need to look at rather than the running late itself.

3. Be aware of your triggers.

On a physical level, the first stage to the stress response is when the adrenaline goes up and that’s called the alarm phase. For the majority of human existence, we only made adrenaline when our life was literally in danger. It happened when someone from another tribe tried to chase us with their spear, and then in that moment we go ‘gasp’ and it drives a whole host of biochemical changes inside of us.

In that moment our blood pressure goes up; one in three adults in this country have high blood pressure, there are many mechanisms driving that, but this is one of them. The blood supply that is usually so fantastic to the digestive system is diverted away from your digestion to your periphery, to your arms and your legs because having better blood delivery in the arms and the legs is what’s going to power you out of the danger that your body thinks that it is in. One in five women in Australia have irritable bowel syndrome, food is playing a role in that, but it’s also the stress response. Then the third thing that happens is it changes the fuel that your body perceives is safe for you to use. In any given moment, the body is making a decision to use either glucose or fat, they’re the only two fuels for the body. Usually, the body uses a combination of both. But when your body is on red alert, in this fight or flight response, it’s getting a message that it has to power you, energise you, and fuel you to get you out of danger rapidly. So take a wild guess which is your fast burning fuel between fat and glucose? Glucose, it’s sugar, every time.

When you’re only using your glucose, what do you crave? Sugar to top up your stores. Even if you have immense intelligence around this, there can be this drive in your body that makes you want it and you don’t really understand it, so the stress-sugar cycle can be very, very real for a lot of people.

As part of my most recent tour, I did three events in Christchurch in New Zealand. They’ve obviously had earthquakes going on for a very long time that has been genuinely horrific for a lot of people and the conversation there, of course, is a lot bigger and a lot deeper around this stuff, because they made adrenaline for the very purpose it was created, to actually get them out of danger. But most urgent situations are often a perception, not all of them, but most. We forget how we get to choose how we see each day.

Before I wrote my book Exhausted to Energised, a girlfriend wrote a post on Facebook that just asked, ‘why are you so tired?’. We were inundated with responses with a lot of common things, but there was one I remember so clearly. She said,

‘I will tell you why I’m tired. I’m tired because I work full time, I have three kids and I study part time. I also have a husband who may as well be another child, I have ageing parents who need my care and attention and I have to catch planes for work and planes don’t wait you know.’

When I read that, I could actually hear the complaint in what she’d written, she was describing how difficult that life was and I get why she found it difficult, because she was so exhausted and a life like that, that is so full, can be very challenging when we don’t have great energy, of course. But also in that, there was immense sadness for me because I could see she’s created one of the most magnificent lives any human could ever hope to create. There would be people reading that would be beside themselves to have three children. There would be people who would be beside themselves to still have their parents alive. And yet, she was not able to connect to the beauty in what she’d created because she was so exhausted and felt that all of it was giving and that there was nothing coming back to her.

Sometimes it’s not useful to focus on the things you want to change in your life, like eating better or moving more. Yes, sometimes that is useful, but what I’ve seen be even more useful is when you reflect on your own values and do an exercise in that. When you identify your values you naturally start to change what you focus on and what you then incorporate into each day. If I asked you to name everything you loved, how long would it take for you to name yourself? Just think about that as you think about some of your values and what you prioritise. Beyond that, another powerful strategy to help us not even go into this stress response, certainly not on a regular basis, is to let yourself have what you already have.