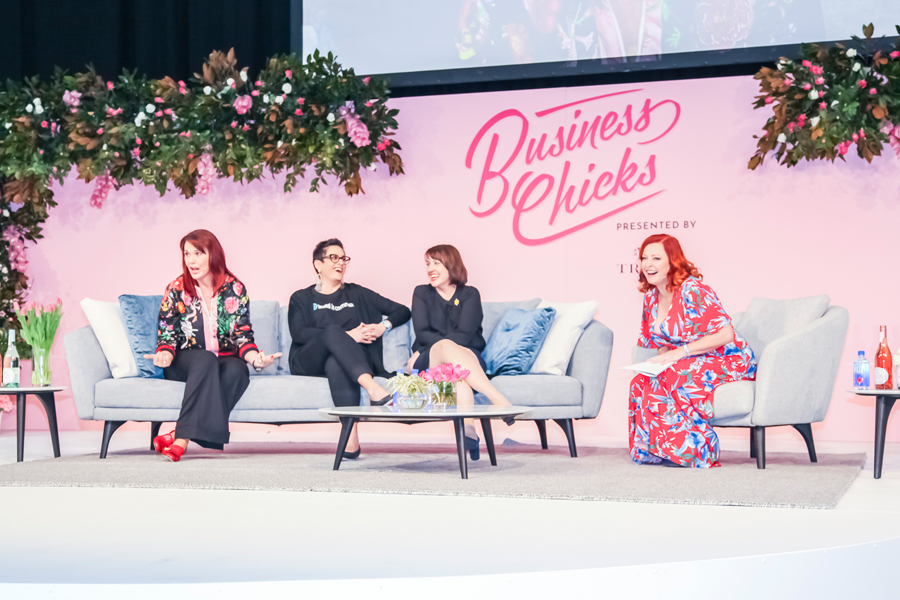 Fewer women run top Australian companies than men named John, or Peter, or David. We’ve all heard the saying ‘You can’t be what you can’t see,’ so with that in mind, we created our inaugural CEO panel at this year’s 9 to Thrive, to show three fearless corporate women at the top of their game, and companies.

The ‘So you want a job in the C-Suite’ panel was moderated by Shelly Horton, and sitting on the couch was Barb de Corti, the CEO and founder of ENJO, Justine Teggelove, the CEO of Rodine Australia, and Christine Corbett, the Chief Customer Officer at Australia Post.

Here’s a snapshot of what they had to say …

Shelly: When you were younger, did you ever think you’d be a CEO?

Barb: When I was little I wanted to drive a VW, have two children, be married and do lunch-time tennis and stuff like that. I soon realised that it’s not quite the lifestyle the universe had intended for me. So I came to realise, very early in my life that I was a hustler. I never actually thought I would be a CEO, but I always knew I was unemployable. My mother always said to me, ‘nobody would want you,’ and she was right. And so from the time I had my degree, I was self-employed. And I’m serious; you cannot employ me – just ask my staff!

Christine: I’ve come from an all-girl family, with really strong mother, grandmother, any my great-grandmother was a suffragette in England back in the day. So to be fair, I was brought up to sort of be very much about females and being strong and doing anything. When I wanted to grow up though, I wanted to be a newsreader. That was my thing. You know, you only see from the waist up, you had lovely clothes. That was the plan!

Shelly: So all of you have completely risen through the ranks. One of my favourite things is trying to encourage women as they rise, to then reach back and pull other women up. What do you do in your work that helps other women move forward?

The second I would say is flexibility, and again big companies are bad at this, we’re getting better. But flexibility means so many different things to different people. It shouldn’t just be for young mums with kids; it shouldn’t just be for people who have got kids at school. Because it’s just as challenging for people who have got elderly parents, and it causes resentment unless it’s equitable. So I think just keep mind. If you really want equality, it’s got to be for everyone.

And I think the last would be to open up your networks to others. Because we all know great people and it’s sharing that. It’s introducing great people. If you’ve read something, if you’ve been to a conference, who can you bring with you, who can you share it with, who can you introduce? And that’s how it grows. 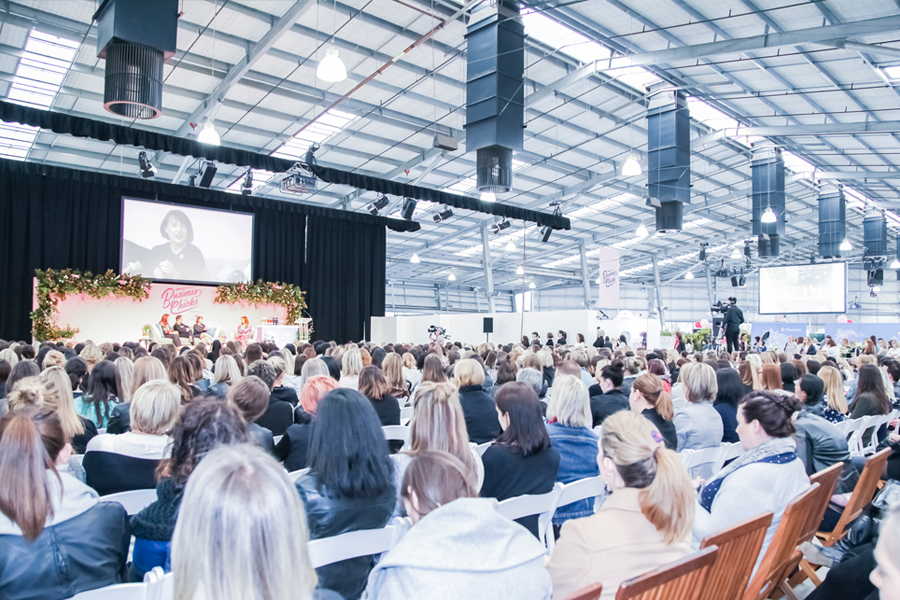 Justine: I’d agree with that. My theory is we’ve all got our network tree, but if you connect it all together, it becomes a bit of a rich forest for everybody else.

I’d also add to make time for people. How often do you sit down and have half an hour to an hour conversation, one-on-one with someone, and they get to talk to you about them? Doesn’t happen very often. So I make time, and so I’ll sit down with someone, and they can have an hour of my time. But it’s not me talking to them; it’s actually them talking to me. I’ve got this grey matter that I’ve been working on for the last 47 years. Tap into it. Take what you want out of it. You know, all the things that I’ve learned about, all the things that I know, all the people that I’ve met, anything, it’s yours to tap into. So, give time is my other one.

Shelly: Everyone can learn from our failures, do you have an example of a time that you failed spectacularly and how you then picked yourself back up again?

Christine: I get emails quite literally throughout the night, nightly. You know, because Australia Post does some tremendous things, but we don’t always deliver … And when you don’t deliver to people’s expectations and people get upset. These days, especially with social media or twitter or emails, I’m very easy to find. And I think the thing is, there are always processes, protocols, guidelines, but people just want to know they’ve been heard. As soon as I get an email, I respond, and apologise upfront and commit that someone will follow up the next day. I don’t try and justify and defend because even if it’s proven to be a different set of facts, they’re inconvenienced, and you have to empathise with that. So I think to get on the front foot early and to say sorry, that would’ve saved a lot of heartaches if I’d done that and done that earlier too.

Barb de Corti: Oh my goodness, I could write a book on failure. And I would like to write a book on failings that still have to come. I’m big on accountability. One of the things I often say is, own your stuff. And you know, when you fail – and I say this to my staff as well – I couldn’t care less who made the mistake because usually, it’s a whole team who makes a mistake in our company, it’s not just one person. Five people read things. Own it. Because when you own it, you can learn from it. Own your failures. Be proud of them, because I tell you what, the world is full of people who stuff up daily and don’t own it. You cannot learn from it.

It’s tough when you have to stand in front of your staff, or you watch yourself in the mirror, and go like, ‘yeah that was me. I stuffed this up,’ because I didn’t trust somebody or I trusted the wrong person despite five other people telling me something different. Or I wasn’t kind enough or thoughtful enough. There was a period of for a few years where I didn’t listen to people. And it was probably one of my biggest failures I ever had as a human being, not only as a business owner. Because you surround yourself with people who actually help you to be the best version of you, and this is what you need to do. I’m failing every day, and I’m proud of it, because I’m still learning – even at 54! 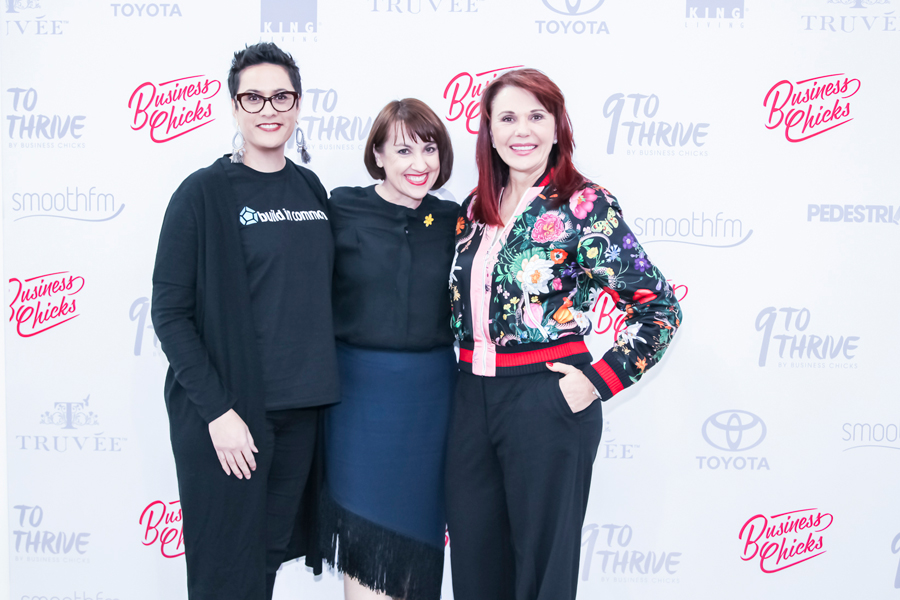 Shelly: If there are women out there who are thinking that they’ve got that burning desire to become a CEO, or to be a business leader. What advice would you give them when they’re starting out?

The third is being pragmatic. It’s not always going to go well, suck it up when it doesn’t, celebrate when it does. The fourth is about having perspective. No matter where you are and how tough things are, there will be someone who’s doing it tougher. So just keep career in perspective of your life. Don’t ever let it swamp you. And the fifth is all about people. You don’t have to be an extrovert, but you have to like hanging with people if you want to work in a people-orientated business. And if you don’t, that’s great. There are lots of jobs where you don’t need to be, try and get that match fit.

Shelly: Barb, I hope you’ve got some letters.

Barb: I have a W. Why. When you come and want to work my company, my first question is why do you want this job? Why do you want to work here, and what do you think you can contribute to the company? We all want to contribute in life, and not everybody wants to run their own business, but I tell you what, the people who word in our head office, they’re all contributors. So when they go home at the end of the week, they know they have worked on a bigger picture. But for that, you need to know why you want to do this. I have two W’s. I could maybe think of a third one like, What the F. That would come very often handy too, with my business.