From a $900,000 debt to a multimillion-dollar business

From a $900,000 debt to a multimillion-dollar business 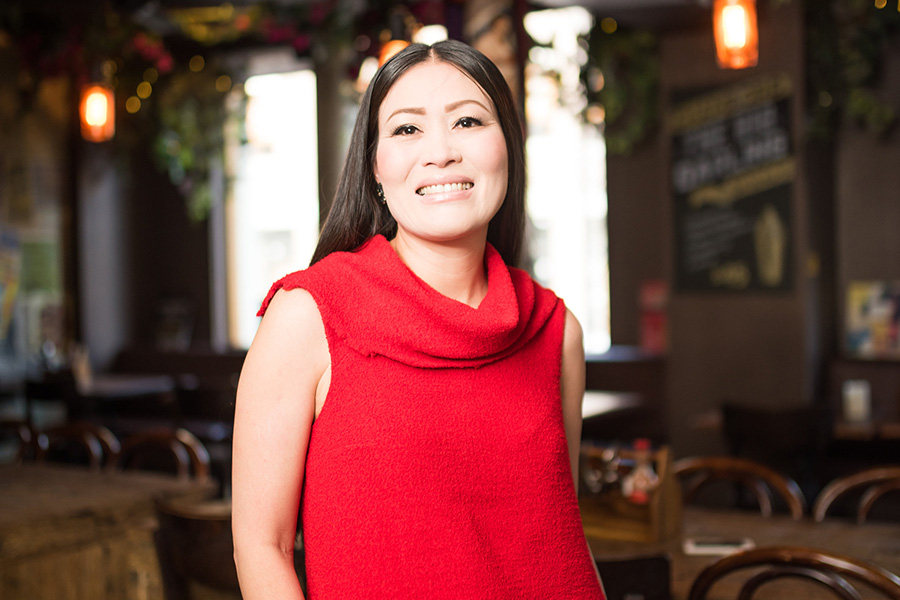 When I was seven years old, my parents and extended family decided to escape the political regime in Vietnam.

One evening, my parents, five siblings, nanny and father’s right-hand man, and approximately 100 of my relatives, all trudged through the mud to board a small rickety boat that took us out to a slightly bigger 50m boat heading towards one of the Indonesian islands.

The boat was called 0010. It cost us three nuggets each to board – we left behind our beloved dog, and the family home my father had built in 1974; but the most devastating thing was leaving my grandmother who had raised me. My parents hoped that by leaving the house, the communists would turn a blind eye to our escape. It was a big risk – none of the children knew how to swim, and we spent the whole voyage, crowded amongst 504 passengers, sitting on the floor, in fear of capsizing, starvation or running out of water; death was a real possibility.

“Pirates captured us, and they took the last of our belongings and valuables, including gold, diamonds and gem. The boat hit bad weather just off Indonesia and we nearly sank; it is still a terrifying memory.”

We lived in a Red Cross refugee camp on an Indonesian island for 15 months – people became very sick and died, others committed suicide; it was a very difficult time and affected my family.

Eventually, in 1980 we were granted visas and I arrived in Australia as a nine-year-old.  I thought after the nightmare of leaving Vietnam that from here life would be good – but it was a rough time trying to integrate into this new world. We spoke no English, had no belongings but the clothes given to us by the Salvation Army, and we moved from a hostel in Fairy Meadow, Wollongong, to a three-bedroom home in Punchbowl with 15 people. I was short and skinny, and struggled to be accepted at school, often being bullied and subjected to racism. I was insecure and too young and afraid to tell my parents that I needed help and nurturing to get over the hurdles. I didn’t finish my higher education, leaving school in Year 10 to work in my mother’s restaurant and as a cosmetics consultant, before getting a job as an executive assistant. 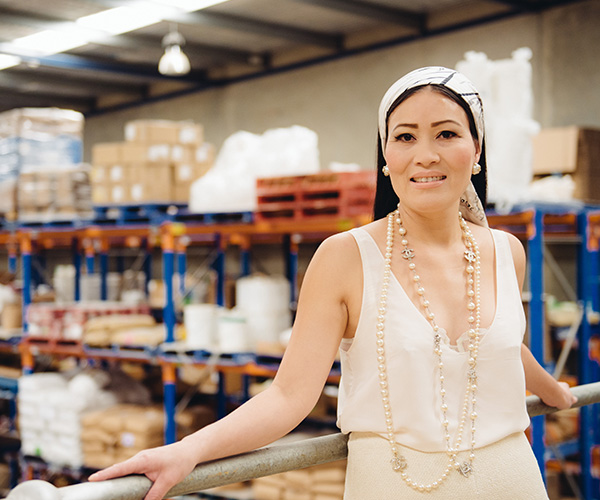 How do you think your childhood shaped you as a person?

At a very young age, I experienced a lot of pain and hardship, and this shaped the mentally strong survivor I have become.  I push myself to work hard, to create a better life of equality and opportunity for my daughters and family. Because I did not have any formal education or have done any course in my life, I always knew I had to work 10 times harder than everyone else to reach the level I wanted to be. So naturally these made me a very resilient as a human being.  I can work under tremendous pressure and still stay calm.

What’s the story behind Berger Ingredients?

I married my husband Werner in 2001 – he proposed two weeks after we met! Werner had created a business in 1996 that he built to 120 employees and a $27 million turnover, and we lived a good life with our two young daughters. In 2009 the business collapsed and we lost everything, including our house, and were in over $900,000 debt. The GFC hit us hard, as well as some bad management and decision-making – two major customers did not pay us and it crippled the organisation. It was yet another devastating loss. I owed my family a lot of money, but I was determined to pay them back, and not use bankruptcy as an excuse.

We consoled ourselves knowing we had only lost material things – we still had our health, two beautiful healthy children, a solid marriage and a sharp mind to start again. One month after the collapse, I registered Berger Ingredients to produce seasoning and flavour concepts for beef, pork, lamb, poultry and fish products. I had no qualifications or degrees, but I had a good foundation of hard work and an appreciation of food by working in the Marrickville restaurant my mother opened when we arrived in Australia. I knew my husband had a unique talent in food science, and a good reputation as an honourable person. We knew it would be a long, hard road – however, my family, my Buddhist faith and belief in good karma carried me forward, as did the many kind and generous people who held our hands and gave us a second chance in business. Most of all, it was a matter of survival – I didn’t want my daughters to miss out on a good education and I worked 10 times harder to give them a future

What has been your toughest time in the business financially?

The hardest part in establishing the business was getting the finances to build the factory plant and to source stock when all major banks said no. We had no assets – we were homeless, and owned only our clothes, some basic furniture, a bike and an old car my sister gave us to get around. We had sold any personal valuables, such as watches, jewellery and paintings to raise finances.

People we had been good to were good back to us – my family mortgaged homes to lend us more money, my mentor provided funding for tools and equipment; even a staff member gave us $50k by redrawing against their mortgage. I also had to focus on getting customers, suppliers and staff on board; all of who took a risk and trusted us. It was a very stressful, sleepless and painful time, even harder than arriving in Australia, but I had to keep going. I felt I had lost face in the Vietnamese community and people were looking down on us. We stopped contact with the world and just focused on building a robust business.  In nine months we had a functioning factory and processed our first order. 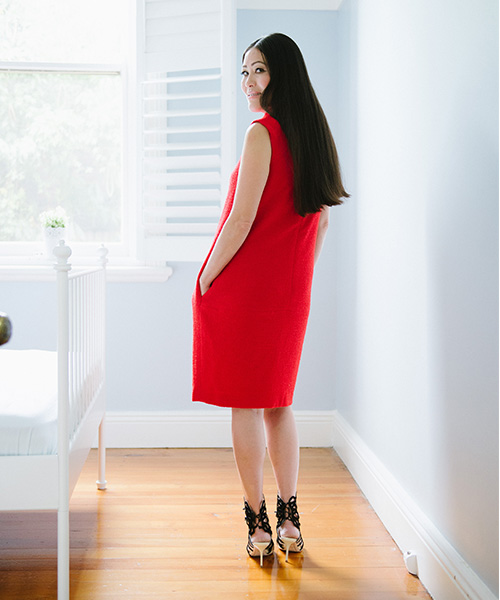 The most painful moment in your career?

When we lost everything in 2009, and within six months both my father-in-law and my father passed away. This really hit both my husband and me really hard as our fathers were our mentors, so this caused severe loneliness and deep sense of loss at a time we need them so much mentally. This is where I turned to my faith even more and I could not tell you how much I prayed, prayed and prayed to get me through this turbulent period. A little voice was saying to me, “Failing is not an option. Never give up, no matter how hard it is.” Now, I don’t ever take anything for granted in life. I appreciate the littlest things. It has made me a better person.

Your biggest achievement in your career?

Winning the National Ethnic Business Award for Small Business in Australia a couple of months ago. This is the first time in my life I have won an award!

Also, creating a brand under my own name – Coco & Lucas’s Kitchen Pty Ltd. I am so proud and humbled that the giant of Australia, Woolworths, are stocking Coco & Lucas’s Kitchen in their 205 stores this year and then will hopefully roll out nationally in over 961 stores in April 2017. A chance meeting with Daniel Flynn from Thankyou, when he spoke for Business Chicks, has also led me to collaborate with Thankyou and working on some projects with him! Meeting Daniel Flynn and his managing team and seeing the phenomenal impact that they are making – they are determined to end poverty – makes me want even more DETERMINED to make sure that whatever I am going to do on this journey, I would like to leave a good footprint. It’s not just about my family; it’s about community.