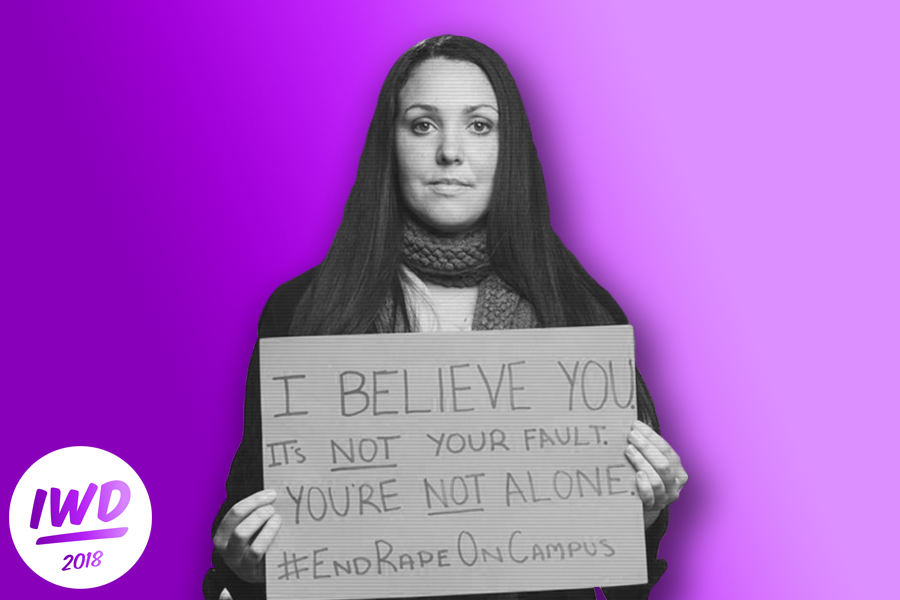 Welcome to our International Women’s Day content series, A letter to the most badass woman I know. We asked our Premium members to write a letter to a woman in their life who they want to celebrate. First up, Melanie Sheppard writes a letter to her friend and investigative journalist, Nina Funnell. CONTENT WARNING: The following article discusses sexual harassment and assault.

It was an autumn evening in May 2007, when a 23-year-old woman was attacked on Sydney’s North Shore. Returning to her family home after delivering her honours presentation at university, she was grabbed from behind and dragged into a park. Her attacker straddled her, delivering punches to her face whilst at the same time indecently assaulting her. Armed with a box-cutter blade that he held to her throat, there was no doubt in her mind that he would kill her if he could. But as she examined his face, trying to memorise every detail, she had only one narrative playing in her head – you have no idea who you’re messing with. With fierce determination, she managed to free herself from beneath him and run, but not before she had collected his DNA.

One of Australia’s most respected journalists, Nina had read about an online violation involving my daughter and reached out to me via email. During this time, the media interest in my daughter’s story was shambolic and had become headline news all over the country. I was overwhelmed, exhausted and devastated.

Nina introduced herself to me as an activist and advocate against gender based violence. She wasn’t contacting me to write my story – she was offering her support. I responded to her email with gratitude, but explained that I wasn’t speaking to journalists as the story had become bigger than I could handle at that time.

But there was something about Nina’s email that touched my heart. Her words were comforting, compassionate and for the first time since my nightmare had started, I felt supported and understood. Later that night as I lay in bed starring at the ceiling, as had become my pattern during that time, I decided to Google her.

The young girl who was assaulted on that fateful day in Sydney was now one of Australia’s most revered investigative journalists. Her work appears in publications such as the Sydney Morning Herald, The Australian, The Age, The Brisbane Times and the Sydney Star Observer. Along with this, she had also co-authored a book about empowering young girls, offering them the tools needed to navigate through life. The more I read about her, the more I loved her. I studied her photos. She had an angelic face with kind eyes and I knew not only was she a person I needed in my court, but she was a person I wanted in my life.

“To describe Nina as “badass” would be an understatement. She is a force to be reckoned with.”

Living in different states meant countless hours on the phone as we built a strong friendship based on our mutual desire to empower women. During this terribly difficult time in my life, I can honestly say that without the wisdom, counsel and support Nina offered me, I am not sure I would have come out the other end as triumphant as I did. She wrote headline stories accurately describing what happened to us and led a campaign to expose the putrid culture of toxic masculinity infested within boy’s schools.

Today, Nina is a Walkley award winning journalist, author and advocate against sexual assault. She has a degree with first class honours in Media and Communications from the University of Sydney, where she has also previously taught and guest lectured.

Nina served on the NSW Premier’s Council on Preventing Violence Against Women, the board of Rape and Domestic Violence Services Australia, the Our Watch Media Advisory Committee, and the board of the National Children’s and Youth Law Centre.

She has worked with a range of organisations in sexual assault prevention education – including the National Rugby League, university colleges and high schools. In 2017 she was awarded the Walkley Our Watch Award for Best Journalism Campaign of the Year for her reporting on sexual assault within university communities and was a finalist for a second Walkley award. She has also won the United Nations Media Australia award and an Australian Human Rights Commission award.

Most recently, Nina, along with advocacy group End Rape on Campus (EROC) published the “Red Zone Report” exposing the culture of harassment at university residential colleges.

To describe Nina as “badass” would be an understatement. She is a force to be reckoned with.

They never caught the person that attacked Nina in the park that evening. However the irony remains that the man who attempted to degrade her, frighten her, strip her of her sense of self worth and confidence was actually the man who helped fuel her to become one of Australia’s national treasures. She is a champion for women’s rights, an exposer of the truth and I am so lucky to say, my dear friend.