Abby Wambach on falling in love, demanding what you deserve, and the importance of sport

Abby Wambach on falling in love, demanding what you deserve, and the importance of sport

The best bits from her conversation with Emma Isaacs 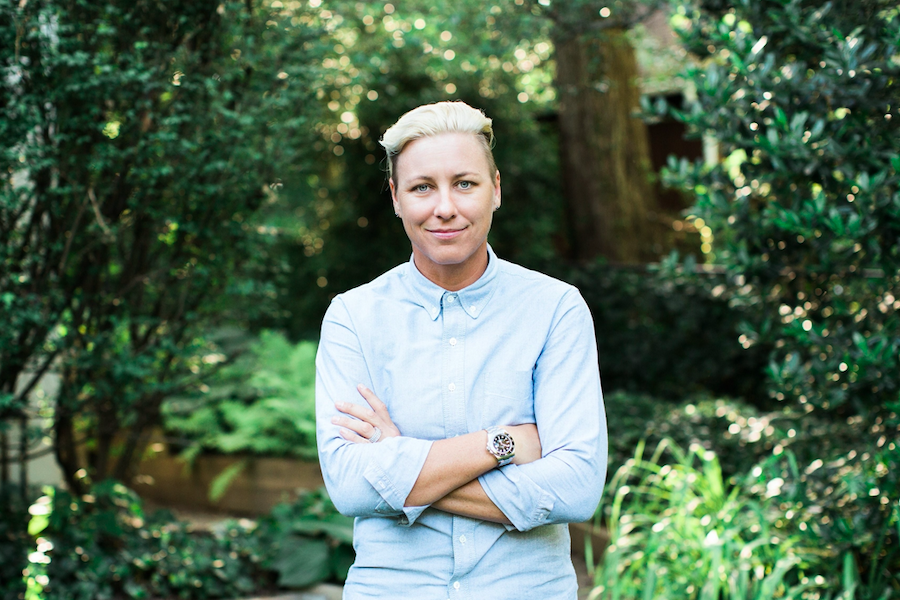 If you missed our recent virtual event with global soccer icon, New York Times bestselling author and activist Abby Wambach, our friends at Suncorp Team Girls have you covered.

“Soccer brought such unique experiences to my life; I am so grateful for it. It made me who I am. But something not everyone understands about professional athletes or people who achieve success at a young age, is that they struggle to define their own identity. I was so laser focused on this craft of soccer. I thought about it 100% of the day. What suffered was some of my relationships with family and friends, because I never settled. So that’s been one beautiful gift of this pandemic. My central nervous system has totally settled. I have this love hate relationship with the game, I knew the limitations it was giving me as a fully well rounded adult, there is so much of me that’s still learning about the world.

On being grateful for what you have, but demanding of what you deserve

“When I received an ESPY (Excellence in Sports Performance Yearly) Lifetime Achievement award with Peyton (Manning) and Kobe (Bryant), I was on stage feeling grateful, and when we stepped off stage, something totally shifted. Something was bubbling, that I had supressed my whole life. Instead of going out partying that night, I was so angry and so pissed at myself, and I kept thinking, ‘how did I live this whole life and not do more?’

When the three of us walked off stage, I knew we were walking into different retirements.

I spent that whole night so upset and promised myself two things:

On meeting her wife, author Glennon Doyle, at a national librarian event

“I walked into this room of authors, embarrassed because I was late and I’m never late, and up pops this woman on the other side of the table, stands up out of her chair and puts her arms wide. I had a little bit of fame at the time, so I made my way politely around the table, and I sit down and I find myself feeling like, why do I want to be sitting next to this woman? And it sounds crazy, but what came up for her in that moment was, ‘there she is’.

On their unexpected love story

“We were both in marriages at that time. I thought we would be friends; I was recently getting sober and she was sober after many many years. It was a beautiful love story beginning. We figured out we felt more than just friendly, and although we’d never been alone in a room together, we decided we were going to be together. I would get divorced, she would get divorced, and we wouldn’t come back to each other until we had untangled ourselves from our former lives. And both of us did! Four and a half years ago. Best decision I have ever made. She’s a wonderful author and a wonderful partner, and a beautiful soul. She’s always keeping me on my toes about something, and teaching me something”

Why she’s using her voice as a force for good

“I needed to make sure that my life had purpose after sport, something that I believed in and was proud of and could be world changing. Even though I fight specifically for women’s equality and pay equity, I’m also fighting for all the kinds of equality, because you can’t just fight for one and not the other. We’re not free until we’re all free. That’s the stuff that wakes me up and will keep me going until I die. I’ve found a career that I can’t retire from!”

On participation medals for kids

“Aside from say kindergarteners, I think it’s so horrible for human development to give everyone a medal. I’m a competitor, I play to win, I believe in winning. I also believe in not winning. They both teach you invaluable things. As kids grow up, it’s so important for human development to learn how the world works. The world is not medals for everyone, so why would we teach our kids the wrong lessons? It seems so counterproductive. Aside from the winning and losing, let’s look at childhood development. Developing the kind of person that your child becomes has to be forged in both pain and success.”

“I hated that stat. I think that there are so many reasons in why that statistic is real life but the truth is that without that statistic and without the pandemic, girls stop playing sport at the age of 14 twice as much as boys, and then at the age of 17, twice as much again. So there is a real epidemic that our daughters quit playing team sports…The problem is, what we’re losing by these girls quitting is our future leaders. My hope is that the statistic is wrong – I learned everything from sports.”

On the benefits of girls participating in sport

“All the statistics show that girls who play sports at young ages are the CEO’s of the world – you know that there’s not many of those percentage wise – there’s less than 4%, but all of them, like 98% played soccer, or played university sports, so it’s just so important and the reason why, for me, is sports is such a good teacher about life.”

Business Chicks and Suncorp Team Girls have teamed up to bring you the Business Chicks of the Future content series. Visit the hub to find more content to equip you to build meaningful connections with your teen and tween girls in order to build their confidence, help promote resilience and encourage a positive mindset.

For more information on how Suncorp is helping to build a nation of confident girls, visit the Team Girls website.