“I stopped pretending my work and achievements came effortlessly.” 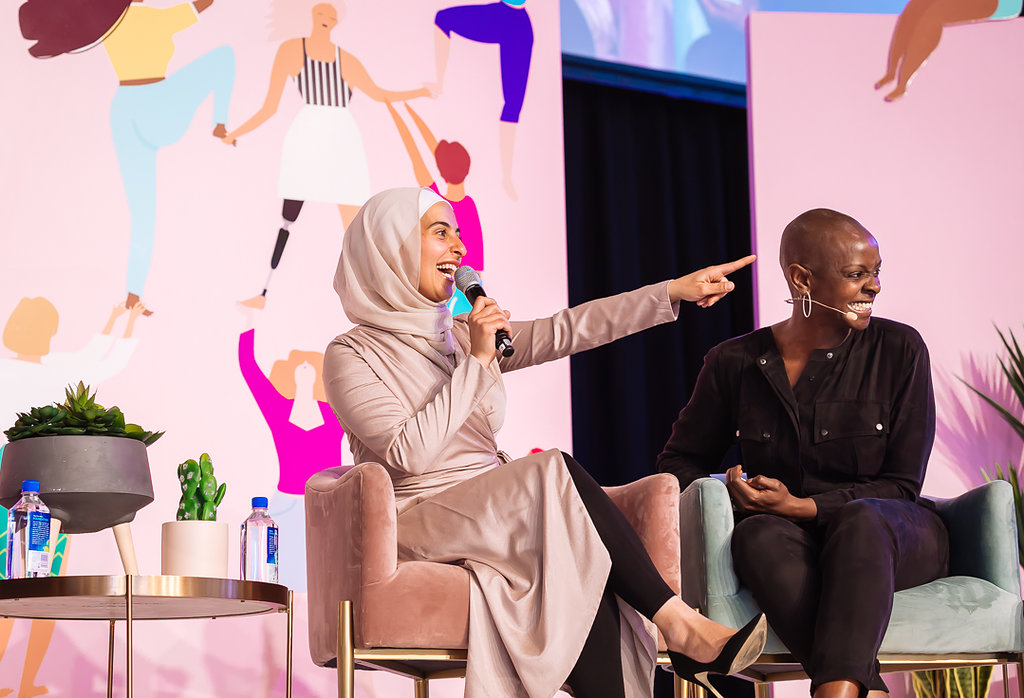 It’s reported that women experience the imposter syndrome at higher rates than men.

It’s where an individual doubts their accomplishments and has a persistent internalised fear of being exposed as a “fraud”.

Like many brilliant, high achieving women, I’ve been confused about what others see in me that is ‘so exceptional’. I received countless awards recognising my contribution to womens sport, Western Sydney, CALD communities and even got named as a Finalist for Australian of the Year Awards.

Throughout it all, I experienced a deep level of discomfort. I thought I needed more qualifications, more expertise, more something, anything but surely, this girl who was doing what she believed made sense wasn’t as remarkable as the words in bios singings her praises.

It’s very tiring. Running from myself. Avoiding others and recovering emotionally after big events. It’s a complicated internal relationship where you think you love and appreciate yourself but do you really value yourself?

I had one friend who called me out on the imposter syndrome over the last four years. Someone who truly believed in me. He kept disrupting the story in my head that said, “I’m not as good as everyone thinks I am”. That man was my Football Coach, Christian.

I hated the idea that he or anyone else could see me. Like really see me. The way I see people, beyond the mask. I accepted that I’d probably hate it for a long time, but he was right and only I could do something about it.

So, I made a commitment to myself. I decided I wanted to align the internal chaos and self-doubt with the confident and self assured external veneer people interacted with.

I stopped pretending my work and achievements came effortlessly. I’m not Superwoman and I needed to ask for help, not because it was a requirement, but because it’s okay to ask for support.

I allowed myself to grow and focused on reducing self sabotage and feeling the need to shrink myself so others could feel okay in my presence.

It’s been many years, lots of tears, confusion and fear. I decided to trust the voices of the people who love me when they said good things about me.

Now, instead of glazing over the kind words and generosity of others, I open myself up to internalise it. I shared this experience with thousands of people, mostly women audiences, and the overwhelming response was nods and non verbal cues that suggest they understand exactly how it feels.

I didn’t realise the more I exposed myself and shared imposter moments, the more support I received and the less I felt like a fraud.

I’ve now got a toolkit to challenge the imposter syndrome. Things I did naturally or habits I developed as someone helped me along the way.

I have come to firmly believe that no one belongs to be here more than I do. My journey towards self acceptance has been fulfilling and it came through the suffering and struggle.

The saying goes “no-one really knows what the they’re doing” and if that’s the case, then we’re either brave for trying or wrong, neither of which makes you a fake or fraud.