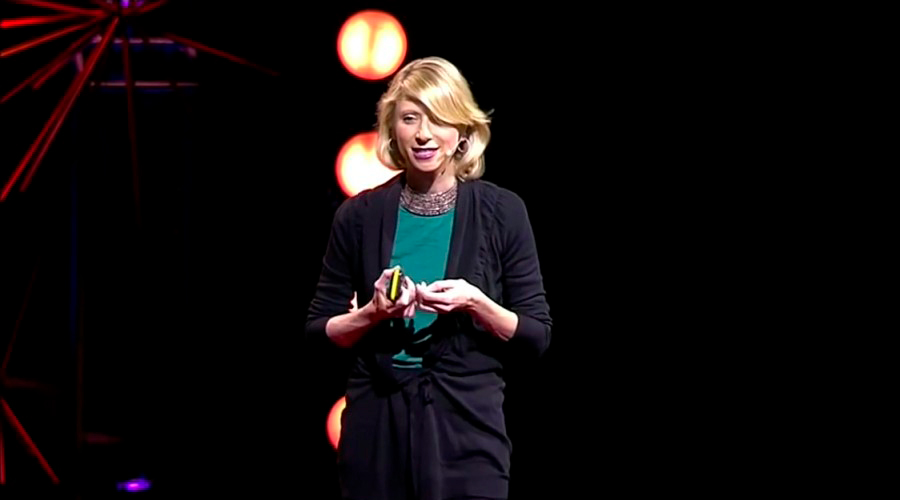 Amy Cuddy’s TED Talk ‘Your body language shapes who you are’ is the second most viewed TED Talk of all time, clocking over 40 million views to-date. Her research on body language reveals that we can change other people’s perceptions — and perhaps even our own body chemistry — simply by changing body positions. She’s responsible for women all over the world striking power poses in toilet cubicles. Here she shares how to pose for presence no matter where you are.

When should we power pose? Most of us would benefit from a power boost before a job interview, a meeting with an authority figure, a class discussion, a difficult conversation, a negotiation, an audition, an athletic event, or a presentation before a group. People have also written to me about how helpful power posing can be:

We don’t all face the same kinds of challenges or feel intimidated by the same experiences. That’s why it’s important to notice the situations (and people) that trigger powerless body language — so that you know when to apply preparatory power posing. You’ll also benefit enormously if you can get in the habit of checking in on your posture, both during challenging situations and generally throughout the day.

Use the big poses to speak to yourself before walking into a big challenge. By taking up as much space as you comfortably can in the moments preceding the challenge, you’re telling yourself that you’re powerful — that you’ve got this — which emancipates you to bring your boldest, most authentic self to the challenge. You’re optimising your brain to be 100 percent present when you walk in. Think of it as a pre-event warm‑up.

Adopting high-​power poses in actual interactions is very likely to backfire — by violating norms, causing others to shrink, and so on, as I explained earlier. It’s also not easy to maintain a pose while working at your computer all day. Fortunately there are some subtle things you can do when making like a silverback won’t cut it:

Don’t miss the opportunity to expand!

This is an extract from Presence by Amy Cuddy ($29.99), published by Hachette Australia.

You might’ve heard by now that Amy Cuddy is Australia in July, exclusively for Business Chicks. Head over to our events page to book your seat before your state sells out. Run, GO!