Bill Gates recommended this book. Now it’s No. 1 on Amazon

Bill Gates recommended this book. Now it’s No. 1 on Amazon

Bill Gates didn’t finish uni, but this is his advice for graduates today. 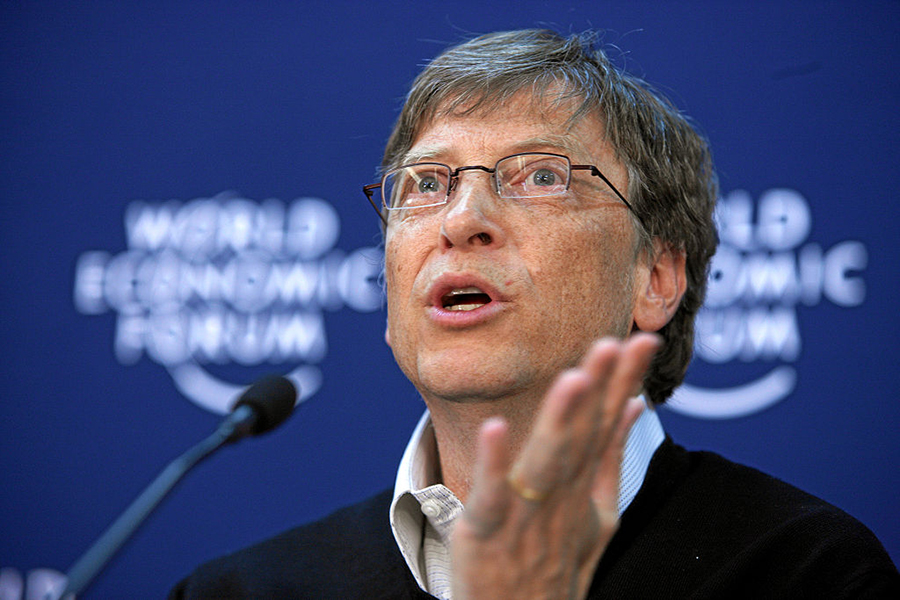 Bill Gates never finished uni. He left two years into his Harvard degree at age 20 to start Microsoft with his childhood friend Paul Allen. In 1986, months before his 31st birthday, the company went public making Gates a billionaire. A move that’s seen him claim the top spot as the world’s richest person for 17 years. Although he still sits on the board of Microsoft, he stepped down from his CEO position at the tech giant in 2000 and has since dedicated his time to philanthropy with his wife, Melinda.

He’s often asked for career advice from hopefuls wanting to follow in his footsteps. On Monday, he tweeted 14 advice nuggets for the graduating class of 2017.

2/ AI, energy, and biosciences are promising fields where you can make a huge impact. It’s what I would do if starting out today.

4/ E.g. Intelligence takes many different forms. It is not one-dimensional. And not as important as I used to think.

If he did finish that Harvard degree in 2017, he’d go into one of these three fields: artificial intelligence (AI), because “we have only begun to tap into all the ways it will make people’s lives more productive and creative”; energy, because “making it clean, affordable, and reliable will be essential for fighting poverty and climate change”; and biosciences, “which are ripe with opportunities to help people live longer, healthier lives.”

6/ You know more than I did when I was your age. You can start fighting inequity, whether down the street or around the world, sooner.

If he could give the graduating class a present, it would be Steven Pinker’s 2011 “The Better Angels of Our Nature: Why Violence Has Declined”. It immediately shot to the number one spot on Amazon’s bestseller list.

.@melindagates @WarrenBuffett 9/ If I could give each of you a graduation present, it would be this–the most inspiring book I’ve ever read. pic.twitter.com/P67BuvpELJ

Of his recommendation, he said Pinker’s book “shows how the world is getting better. Sounds crazy, but it’s true. This is the most peaceful time in human history.” The book reflects Gates’s own world view. He says it sustains him during tough times and is the reason why he loves his humanitarian and philanthropic work. He hopes to encourage college graduates to continually strive to improve the world.

In the last of his 14-tweet essay, he dropped this inspiration bomb:

“This is an amazing time to be alive. I hope you make the most of it.”