The sustainable swimwear company you need to know about this summer

The sustainable swimwear company you need to know about this summer

Bombshell Bay’s swimwear is made from garbage found in the ocean (it’s not as gross as it sounds). 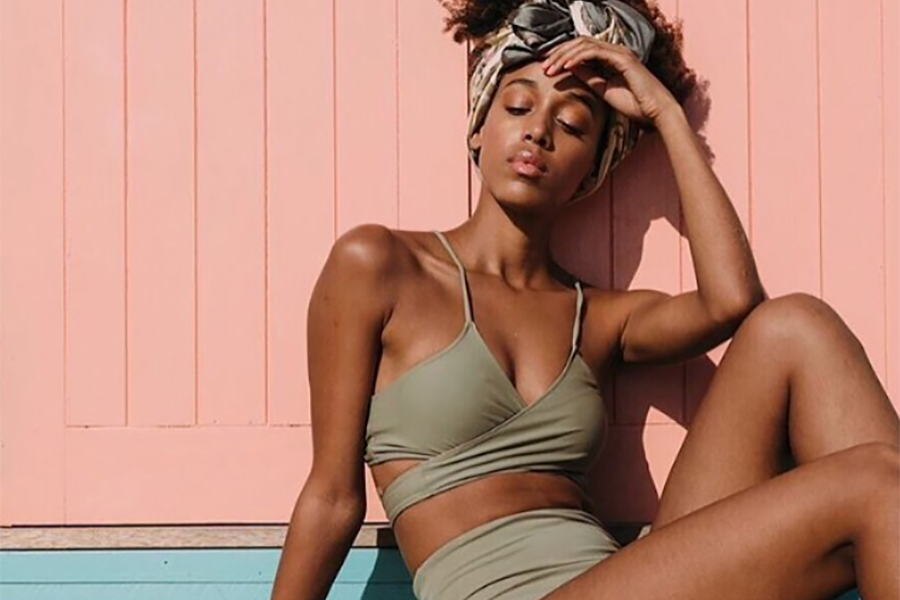 Bombshell Bay’s swimwear is made from garbage found in the ocean (wait – it’s not as gross as it sounds).

Sustainability isn’t a word that’s usually synonymous with swimwear, but one Premium member is hoping to change that.

Emily Doig, the founder of Bombshell Bay, never intended to start a swimwear label. Contemplating her ‘overpriced and ill-fitting swimsuit’ during a Christmas holiday in 2010, she decided something had to be done.

“There was no good reason as to why someone couldn’t create a range of swimwear that was fashionable, flattering and well-made,” Emily says. “And not just in plain colours, in prints, glorious vibrant prints and so it began, my journey from unsatisfied customer to swimwear designer.”

Emily describes her start-up story as “happy accident,” but ultimately she saw a gap in the market where swimwear brands were – and still are – marketing to a customer that is “very one-dimensional.”

“There is a really small population of people that look incredible, and that’s less than three people in the world!” 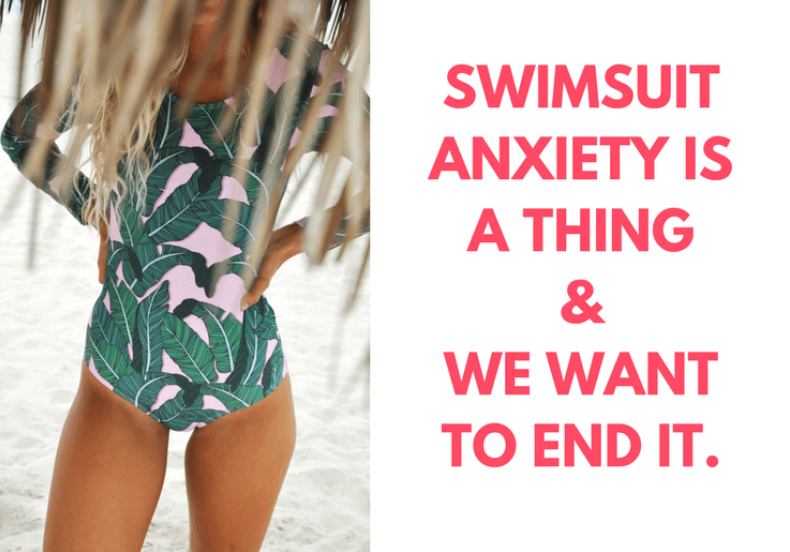 In the beginning, Emily thought her brand was going to be for women over 30, like herself, but quickly discovered women and girls of all ages and sizes were buying her swimwear.

“The fashion industry does a good job at making women feel like shit. Using unrealistic and underage models, and high levels of Photoshopping just for starters.”

“Bombshell Bay was always about ‘real women.’ Our models are hand picked by me (in some cases they are friends), and they are never photoshopped to be made thinner.”

“Having a real girl embody our brand really emphasises that we are who we say we are. We do it because of that, and real girls are babes.”

Emily was so frustrated during that trip in 2010, that she immediately began sketching out designs that she thought would be comfortable, flattering and fit well.

“It was all about being able to move because swimwear is designed for people to surf, to paddle boarding to scuba dive. I was really trying to look at the functionality element but not at the expense of style.”

“So once I got the aesthetics down I started to produce samples and work with finding producers that would help me bring it to life. That took ages to find the right supplier. Luckily, I have a great relationship with my suppliers, but it has taken a long time to find the right people to help me produce in a way that I want to.” 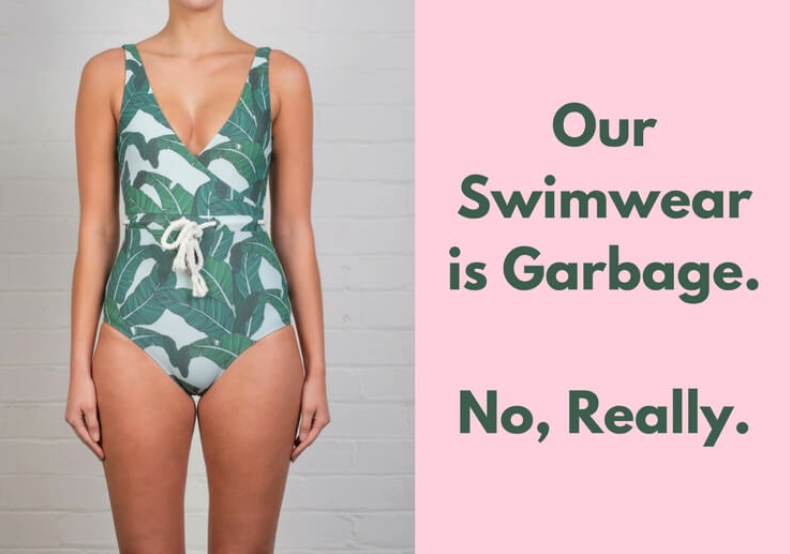 Sustainability is cool, but it is not like super cool.

Being eco and ethically aware has always been part of the brand’s design ethos, but it’s only recently that sustainable fabrics have become available in small minimums for boutique brands like Bombshell Bay.

“I’ve wanted to use sustainable fabrics for so long. Having spent years living in Cambodia that was always something I wanted to do. We’ve worked with NGOs before and in an ethical capacity, so the next one for me was sustainability, and that’s finally happened this year. I’ve been waiting three years for it to happen.”

“What I was really conscious of doing was not making sustainability sexy because when people hear things like sustainability in fashion, they think of like rough, itchy fabrics that are really not cool. You know what I mean? Sustainability is cool, but it is not like super cool. It’s like you don’t want to turn people off.”

“I wanted to make sure people could say our brand was fun. One of the things we decided was that we would have other products like our ‘Resting Beach Face’ spray as an add-on to the brand to show that we still have a personality even though we were becoming sustainable.”

From product design to styling the campaigns to the (hilarious) copy and brightly coloured visual identity on the website, Emily  produces everything – only hiring freelancers on a need-to basis. But Emily hasn’t always been in fashion, a decade ago, she was working at Lonely Planet as an account manager, and previously, a product manager at STA Travel. Which meant she travelled the world learning Italian in Italy, how to cook Japanese food in Japan and spent years living in Cambodia.

“I studied design, so I have a Masters in Visual Art. I did my Major in Photography and a Minor in Sculpture. I did that because I thought it was going to be easy because I was already studying photography and chose a minor I thought I could just wing.”

“I learned a really valuable lesson early on, and that is, don’t do something because you think it’s going to be easy because it never is.”

“Then I went through and did a few other courses. I did fashion merchandising, and that’s when I became interested in retail and the psychology behind a sale. And then I started design and then millinery. I eventually went back and did business marketing, like a thousand years later.” 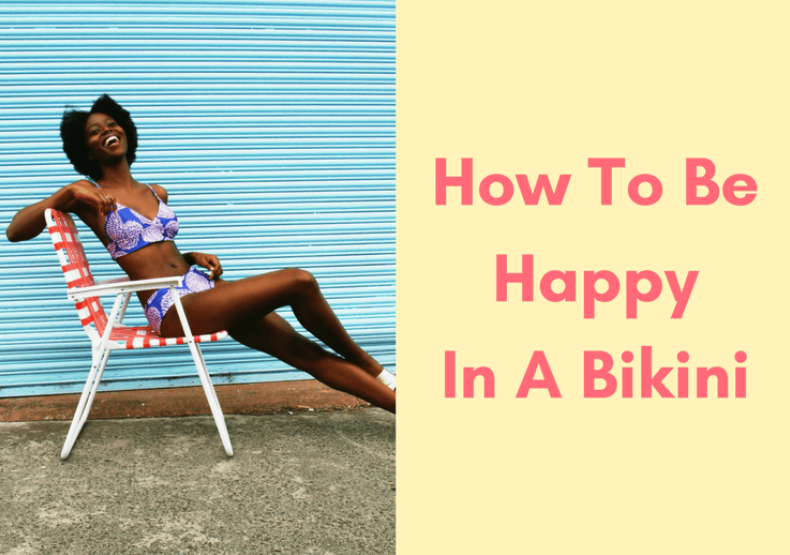 Emily is now based in Melbourne but jokes that she should be living in the tropics because she can’t stand the cold. This escapism and need to travel was the inspiration behind the name Bombshell Bay.

“I wanted the brand to feel like a destination that you could go to. With lots of palm trees and cocktails and cool boys bringing you whatever you wanted.”

Since travel was a huge part her life and career for close to a decade, I asked Emily where the most far-flung place is that she’s sent her cossies.

“I get lots of orders from Arab countries like Pakistan, my more modest designs sell well there.”

“And a couple of years ago I had a big spike in customers from Sweden, and I had no idea why, but I eventually found out a Swedish blogger loved and talked about the brand. Which is funny because Swedish people love to get naked, and I was kind of amazed it was selling so well there!”

Her advice to anyone starting out is to have a plan, stick to it, but also be willing to be flexible and pivot when you need to.

“I think that a lot of people think that when you start out you can just wing it and you will be successful overnight. If you could just find that one person to promote your product or that one thing that will go viral all your problems will be solved. But the reality is different, and it’s a lot of hard work.”

“I’m committed to the brand it’s my life, it’s my life’s work. It’s what I need to do, but it’s incredibly, incredibly challenging to run a business in any capacity. A business that produces products is the next level because there are so many things that can go wrong. If you are offering a service, you might take control of the service that you offer, but if you have a physical product, there are obviously so many other issues around. Costs, quality, timeliness, all of those things have sent me grey, literally.”

“It’s not what I set out to do, but it’s really what I think I’m supposed to do. It’s part of my life now, and it’s how I live my life. It’s like a perfect alignment. It’s become like a happy accident I suppose.”