Brain fog: are the symptoms all in your head?

Brain fog: are the symptoms all in your head?

Brain fog is a major symptom of menopause, but a little-talked about one. 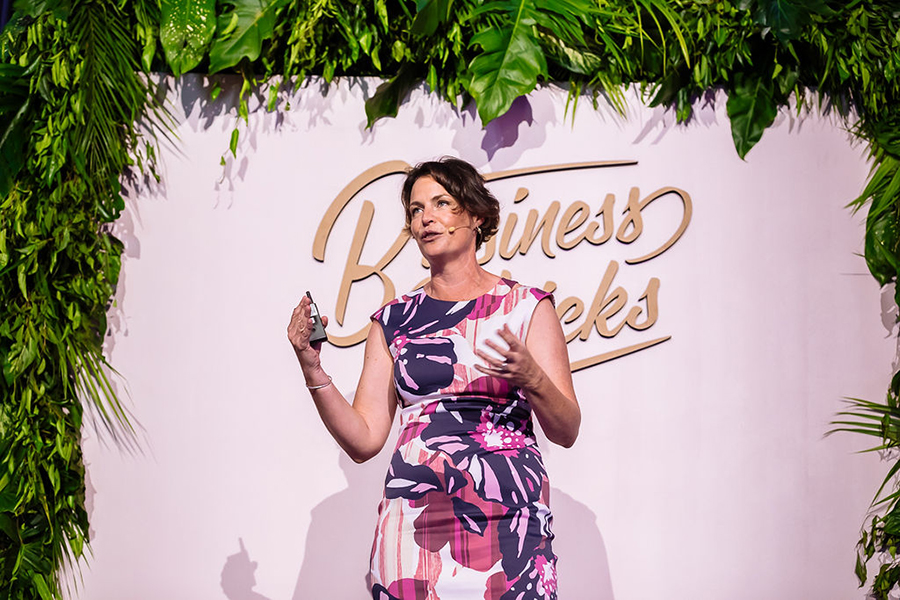 Brain fog is a major symptom of menopause, but a little-talked about one. Neuroscientist Sarah McKay explains.

Menopause occurs when your reproductive hormones wane and your ovaries no longer release any eggs. For many women, ‘the change’ is accompanied by physical symptoms such as hot flushes, night sweats, vaginal dryness, and aches and pains, and brain-related symptoms include difficulty concentrating, insomnia, anxiousness, irritability, forgetfulness, lost libido, and mood swings.

Women often talk of the months or even years leading up to their final menstrual period as a time of hormonal chaos. The technical term for this phase is perimenopause and is when women first begin to experience menopausal symptoms.

During perimenopause, your ovaries can still make the hormones oestrogen and progesterone, but just not reliably and in the right quantity. As a consequence, your cycles become irregular as hormones levels spike and crash. It’s thought it’s this rollercoaster of ovarian hormones during peri-menopause, rather than the flat tramline of post-menopause, which underlies the symptoms. In time, the brain, like the body, learns to function without oestrogen. Women living healthy fulfilling symptom-free lives many decades past their menopause are a testament to this fact.

This is your foggy brain on menopause

One common but ill-defined symptom women experience during perimenopause is ‘brain fog’. ‘Brain fog’ is an umbrella term used to describe slow or hazy thinking, difficulty focusing, confusion, lack of concentration, and forgetfulness.

Brain fog is particularly frightening as it is often mistaken for an early sign of dementia. Such fears are not unfounded. Menopausal brain fog and early-stage AD share many of the same symptoms. AD often begins with lapses in memory, difficulty in finding the right words for everyday objects and mood changes.

It’s important to realise that a certain degree of forgetfulness is normal at any stage of life. We all have ‘tip-of-my-tongue’ moments, call our children by the wrong name, or can’t remember why we walked into a room. We tend to become more conscious of ‘senior moments’ the older we get. One useful rule to keep in mind is that normal memory loss involves forgetting where you put your keys, whereas dementia involves forgetting what your keys are for.

Women should take comfort from the fact that menopausal ‘brain fog’ isn’t imaginary, is relatively common, and is almost always a temporary condition. A four-year longitudinal study of over 2000 women from the Study of Women’s Health Across the Nation found that memory “rebounded to premenopausal levels” once the menopausal transition was complete.

How do waning levels of ovarian hormones affect the brain?

Because of the complexity and unique capabilities of the human brain, there is a tendency to forget that it is not separate from the rest of the body. Our brains are responsive to hormones including those manufactured by the ovaries. During perimenopause, the ovarian-brain conversation that has been running smoothly since puberty also starts to stutter and falter before it disconnects completely.

Hormones exert their effects on neurons and other cells by latching on to specific hormone recognition sites called receptors. Hormones can only act on a cell when their receptor is present. Think of a lock and key where the receptor is the lock and the hormone is the key. Turning the key sets off a cascade of biological responses inside the cell. The widespread distribution of ovarian hormone receptors in the brain indicates that they also have wide-ranging effects on how we think, feel and behave. I find it useful to think of the brain as both the controller of ovarian hormones, and as a target for the same hormones.

Neurally speaking, oestrogen enables sharp thinking by keeping the connections between brain cells (synapses) healthy. If you were to view young healthy neurons under a high-powered microscope, you’d see their processes are covered in tiny nubs or spines, like buds on a tree branch. As we age we lose spines. Imagine a healthy neuron is like tree in late spring growing new branches, twigs and lush foliage versus the bare branches of a tree in winter. Neuroscientists observe loss of spines in the brains of menopausal monkeys and rodents, and the spine loss is correlated with worse memory. We have no idea if this is also the case in menopausal women, but it’s certainly a possibility that hormone decline is responsible for brain fog because of spine loss.

Brain fog: are disrupted sleep and hot flashes to blame?

It’s difficult to untangle the complexity of brain fog symptoms, and women’s health experts acknowledge we’re dealing with a menopausal chicken-and-egg scenario and waning hormones may not be solely to blame.  For example, brain fog becomes worse when you’re tired, and tiredness can be compounded by stress, depression, and the sorts of life circumstances women often find themselves experiencing in their late 40s and 50s (coping with teenagers, ageing parents with health problems, work and relationship issues and so on).  “Hot flashes and sweats, sleep disturbance, low mood and anxiety, can all have a negative impact on higher brain function,’ says Sonia Davison, endocrinologist at Jean Hailes for Women’s Health.

Similarly, women’s health expert, Professor Sue Davis from Monash University says, “There appears to be a subtle but real reduction in learning and memory across menopause. You can’t dissect out hot flashes and sweats from sleep disturbance. We know sleep is really important for consolidation of memory. But is brain fog due to disturbed sleep, anxiety, or hormones? We just don’t know.”

Apart from ‘the change’, we tend to think of midlife as a quiescent period that lies somewhere between the turmoil of adolescence and the decline of old age.

Midlife is also when the early warning signs for poor brain and physical health emerge, but when there is still time to delay, minimise or even prevent some of the changes in the biological, psychological and social functioning that typically occur in later life. I propose we think of our perimenopausal years as offering a unique window of opportunity in which to invest in future-proofing our brains.

Each woman’s individual experience of menopausal brain-related symptoms depends on multiple interacting causes such as her general level of health and wellbeing, genetic makeup, previous experience of depression, how much sleep or exercise she’s getting, relationships and support networks, reproductive history and other life events.

Many women transition through menopause without any health issues and remain healthy in the decades that follow. Some women, however, become vulnerable to the biological shifts that can occur during the transition and are thus at increased risk of unhealthy ageing. Keeping your brain healthy and your thinking clear requires attention to all the usual lifestyle factors:

Dr Sarah McKay is a neuroscientist, science communicator, and the founder of The Neuroscience Academy. Sarah also just spoke at our annual conference Movers and Breakers in Fiji. The Women’s Brain Book by Dr Sarah McKay, ($29.99, Hachette Australia), is out now.