How Carolyn Creswell turned $1000 into a $100 million food empire

How Carolyn Creswell turned $1000 into a $100 million food empire

Meet the ‘Muesli Queen’ aka Carolyn Creswell of Carman’s Muesli 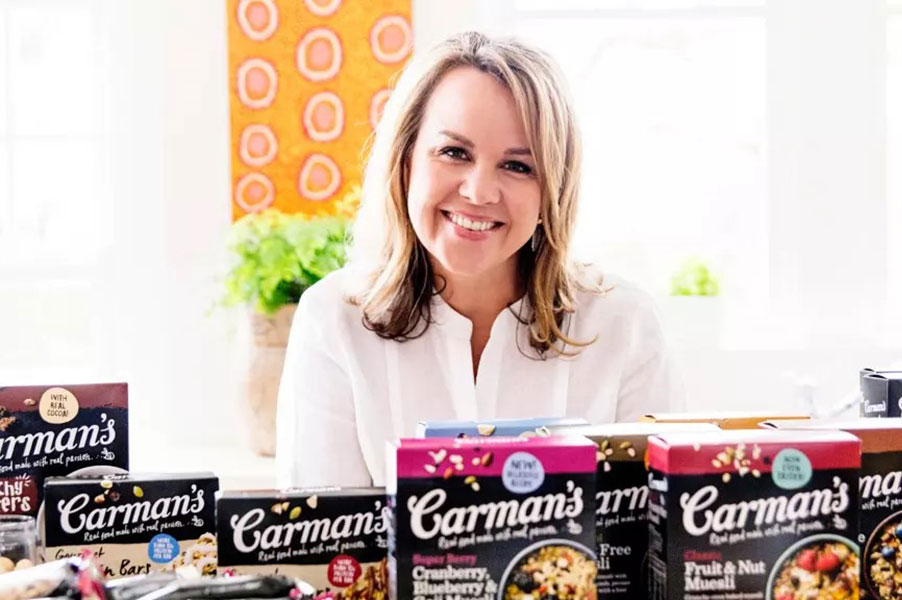 When Carolyn Creswell purchased a muesli company at the age of just 18 for just $1000, she never anticipated the success that would follow.

After all, the ‘muesli queen’, as she is now commonly referred to, made the leap from employee to employer when she was told she was going to lose her part-time muesli-making job.

Looking back, Creswell says she didn’t fully understand the hard work and perseverance that she would require to transform Carman’s muesli into the household food brand it is today.

“If I could have got rid of the business in the first five years I would have,” she says. “I worked very hard and was extremely broke for those five years trying to get it established.”

While muesli wasn’t popular in the late 90s, Creswell endured consumer food trends and eventually the Melbourne-based CEO managed to secure contracts with a major supermarket.

“At that stage it was all about the 99 per cent fat-free and people were eating foods that were full of chemicals, but then all of a sudden they came back into a phase of recognising that real food was awesome and good for them,” she says.

“It’s a pretty hard industry, but once we got supermarket listing, we started gaining momentum,” recalls Creswell.

Yet, the now mother-of-four says she made a lot of mistakes in the early days and was essentially learning on the job.

Business is complex and you need to understand whatever you say ‘yes’ to, means that you say ‘no’ to something else.

“I was saying ‘yes’ to far too many things… and burning myself out,” she says. It’s easy to get distracted or find that you’re spinning your wheels and not moving forward. Business is complex and you need to understand whatever you say ‘yes’ to, means that you say ‘no’ to something else,” she adds.

More than 26 years later and Carman’s is still a thriving business – exporting to over 30 countries and an annual turnover in excess of $100 million. But money isn’t the motivator.

“I am really driven by us being the best business we can be,” says Creswell.

“I love what I do. I love coming to work – you want to find something that you’re passionate about. We’re just a bunch of people in a suburb in Melbourne selling product all around the world… and putting that little extra sparkle and delight in their day. It’s a huge honour.”

It’s this impressive work ethic, passion and business acumen that has won Creswell a number of accolades, including the 2007 Ernst & Young’s Young Entrepreneur of the Year Award and 2012 Telstra Australian Business Woman of the Year.

“Winning an award like the Telstra one gives you street credibility,” she says. “I’m super proud of the business we’ve built.”