Why Caroline Candusso stepped away from her 15-year TV career

Why Caroline Candusso stepped away from her 15-year TV career

Thinking about a tree change? Read this 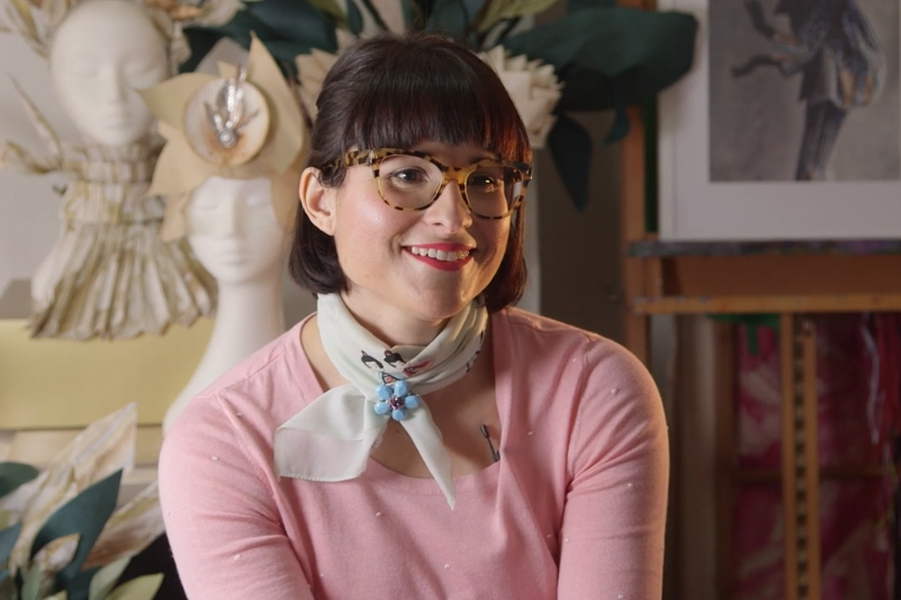 Admit it. At some point in your life, you’ve joked to your friends or loved ones, “We should just move to the countryside and live off the land.”

Premium member Caroline Candusso did just that. She stepped away from her 15-year TV career and made the radical decision to move to regional Australia.

“I felt that a lot of us get to a point where we define ourselves by the things we do. Like ‘I’m a butcher’ or ‘I’m a brain surgeon,’ and I think that as human beings, we’re all so multi-faceted. We’re many, many things. I wanted to explore all of that within myself.”

Caroline remembers her time at Charles Sturt University as a pivotal moment in her creative career. It was the only university that provided her the hands-on TV experience she was after, but more importantly, it was here that she took her passion for storytelling to the next level. While TV was once her everything, the media world taught Caroline to rethink and reprioritise, and she felt it was time to challenge herself to do just that, in her own life.

“You have to take risks. You are worth it.”

“After moving to Wagga Wagga, the first thing I did was write a bucket list. What are the things I want to do? The things I couldn’t do in my previous life. I joined a book club. I did volunteer work. I got a dog – we couldn’t get a dog living in apartments. I got back into art – writing, painting, illustrating.”

After having her first child Augustn, Caroline found it difficult to paint as needing to attend to her son, she couldn’t pick up her brush at any time. She resorted to illustrating with a pencil that would eventuate into ‘Spring’ a self-published children’s book. Sales from the book would go on to fund Caroline’s next and current business – a paper studio named Papel, run with her own now 9-year-old son. 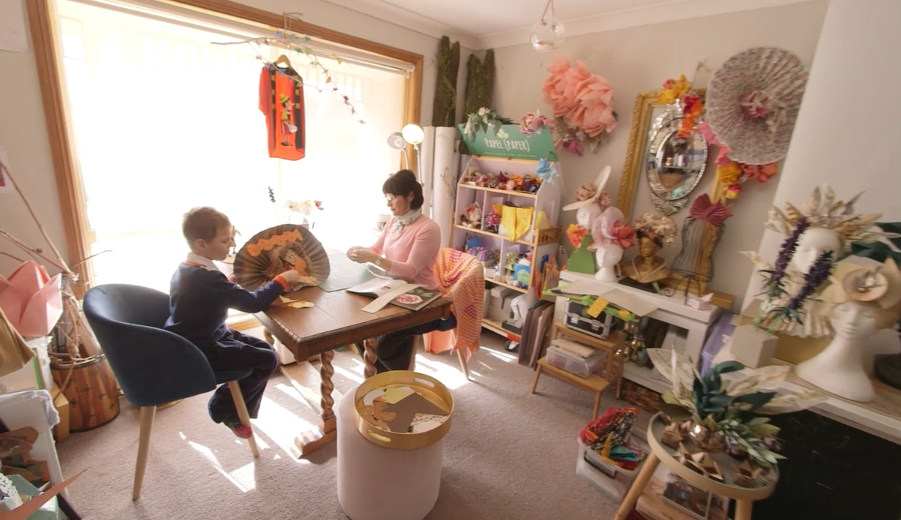 “When Augustn was two, he was obsessed with folding hand tissues. There were hundreds and hundreds of them under the bed. He was later diagnosed with sensory processing disorder, which means he feels so much and sees the world differently. The tissue explosions continued throughout the house; then I learned how it’s his way of managing his anxiety.”

Augustn’s creative expression was limited to soft tissue paper, so Caroline gifted him an origami book with fine paper. What she witnessed next was astounding – with minimal instructions, Augustn was able to replicate LEGO and other intricate designs.

There was also an innate business mindset in Augustn, “One day, I noticed he was buying a lot of stuff from the canteen and wondered where all the money came from – I found out he was selling the rights to his nickname, Squishy, which meant that other kids had to pay him $2 each time they used it. There were discussions about moral and ethics after that!”

With origami taking over the house, Caroline suggested for Augustn to take his creations to the market. That first day, they arrived with 146 pieces and left with just 20. 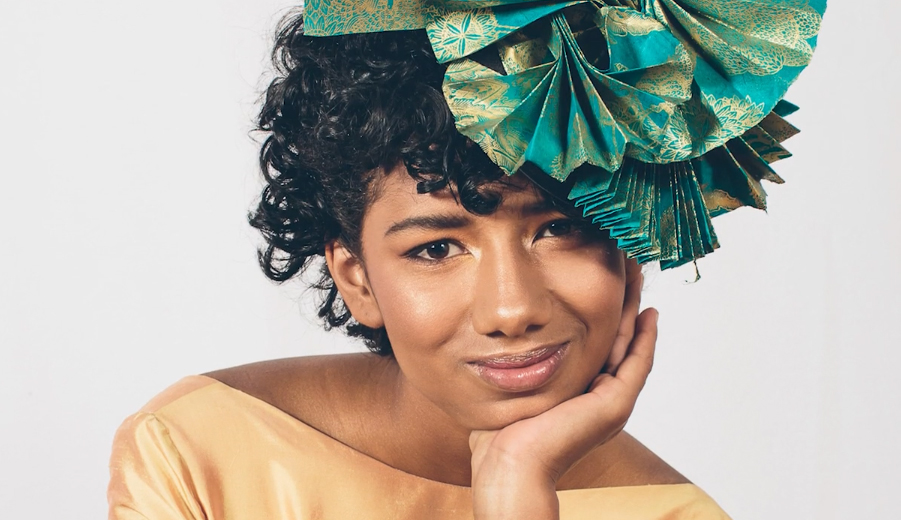 Fast forward to today, the mother-son duo creates installations of all sizes for corporate events and bespoke paper wearables. Caroline’s grateful to connect with Augustn through art, ”Not everyone is given the opportunity to do this. With Augustn, I learned we could all learn a little something from listening to people regardless of their age.”

Revisiting that feeling of artistic growth and exploration in her younger years reminded Caroline to stop and observe, “Some people grow up thinking about the world in terms of limitations, but the world is such a huge, diverse, complex place.”

Looking back, she says, “Of course, it was all meant to happen!” Caroline’s talking about that feeling of sweet synchronicity, where all the happenings and sometimes tricky decisions you’ve made have led you to where you happily are today. For anyone feeling like something ought to change, Caroline says, “You have to take risks. You are worth it.”

This article is brought to you by Charles Sturt University. CSU operates in a paradigm of research excellence and partnership, and is committed to excellence in education and providing quality pathways to university.