The story behind the #challengeaccepted movement

The story behind the #challengeaccepted movement

Feeling conflicted about the challenge, our Latte Editor Rebecca dug a little deeper. Here she shares a call to action to those participating. 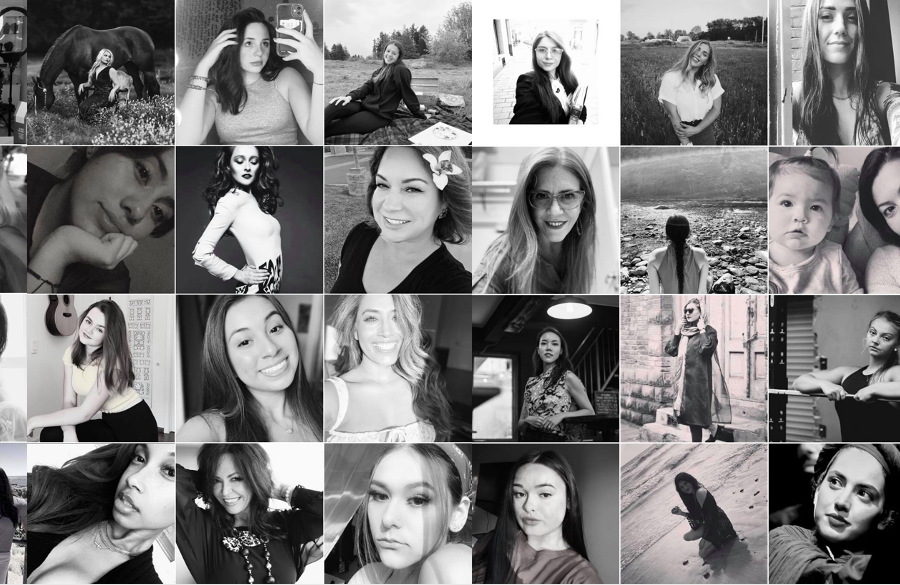 The minute I started seeing black and white photos of women in my Instagram feed with the hashtag #challengeaccepted I wondered what was up. Was Celeste Barber behind it – the hashtag she’s used for years is #challengeaccepted – I didn’t think so, most of the pics I was seeing were too polished and profesh to fit in with her parody stuff.

As I read people’s sometimes gushy, and sometimes moving captions talking about supporting other women and lifting each other up, my interested piqued more. Women supporting women is kind of my thing – if this was something doing good for women, I wanted to be part of it, and quick! Soon, my inbox was flooded with messages from women I know, love and respect hugely ‘challenging’ me to post my pic. But something inside me was screaming, ‘no!’. I’m someone that craves information – it wasn’t clear who was behind this sudden social media trend, I trawled through the hashtag but couldn’t find anything clear. I was confused, if it was about women supporting other women, shouldn’t I be posting pics of others, not a pic of me? I thought perhaps this was about confidence; encouraging women to love themselves a little more, encouraging us to take that selfie and unashamedly post it, but no that didn’t seem to be it either (for the record, if you want to post a pic of yourself, do! You don’t need a ‘challenge’ for that). It also made me a little mad, because I think the idea that women don’t support women isn’t true – it’s a patriarchal idea, but that’s a story for another day.

I have a fierce sense of fairness – people being made to feel left out makes me physically feel sick. I couldn’t help but think about the women that weren’t being tagged, but who desperately wanted to be. It kind of felt like the cool girls were handing out party invites and everyone was waiting to see if they were invited. Or like at school when you were picking teams for Dodgeball and you didn’t want to be chosen last. The women who need support from other women the most probably aren’t being tagged. The woman who fled her violent relationship and slept in her car last night with no money to top up her pre-paid phone probably didn’t feel the #love.

As more and more posts filled my feed – by smart women, who have strong convictions and good hearts – I started to feel guilty. Are people going to think I’m not a good person for not posting? I (ridiculously) questioned, ‘do I not care about other women enough?’ It felt like one of those emails you’d get 15 years ago, ‘forward this on to 20 people or you’ll have bad luck for 17 years’, I was going to break the chain and with it my feminism would be thrown out the window.

I was starting to feel angry and frustrated. I wanted to yell at everyone – why don’t we all donate $2 to a grass roots organisation who support women who actually need it most?! But then on the flipside I was like, this isn’t doing any bad, let them post!

But then today, after some more digging, I came across a post by Julie Parker (@julesyparker) explaining how the ‘challenge’ actually began. Pinar Gültekin was reported missing in Turkey’s Aegean province of Muğla on 16 July and found dead after being brutally murdered five days later. A man has been detained in relation to her killing. Pinar was just 27 years old.⁠ The photo challenge started in response to Pinar’s death. People in Turkey regularly see black and white images of women on the news, but they are pictures of women who have been violently murdered; the country has one of the highest rates of femicide in the world.  The campaign was a way for Turkish women to stand in solidarity with those lost and shine a light on what is happening.

But like that game where you whisper something in someone’s ear and then they pass it on to someone else and so on, the original message – full of impact and powerful intent – was quickly lost, swallowed up in the sea of social media and spat out with selfies. A powerful show of solidarity against femicide in Turkey somehow turned into #womensupportingwomen, whitewashed with pretty pictures of ourselves with no mention of Pinar or even of violence against women.

Just like the black tiles we saw a few months ago, social media movements like this require very little effort from those posting. Being a good human might include posting a black tile or black and white photo of yourself – I completely respect that -you do you! But what actions do you take beyond that? How do you channel that energy in an impactful way? How do we take it off social media and into our real life? That Instagram post doesn’t immediately give you access to the good humans’ club; there are a few other things you have to do.

As the great Maya Angelou said, “When you know better, you do better,” and now you know Pinar’s name. So post your pic – or edit your post – and do if for Pinar and all the women senselessly lost to violence around the world.