There’s more than one type of ‘glass ceiling’

There’s more than one type of ‘glass ceiling’

Sadhana Smiles on why diversity is not all about gender balance. 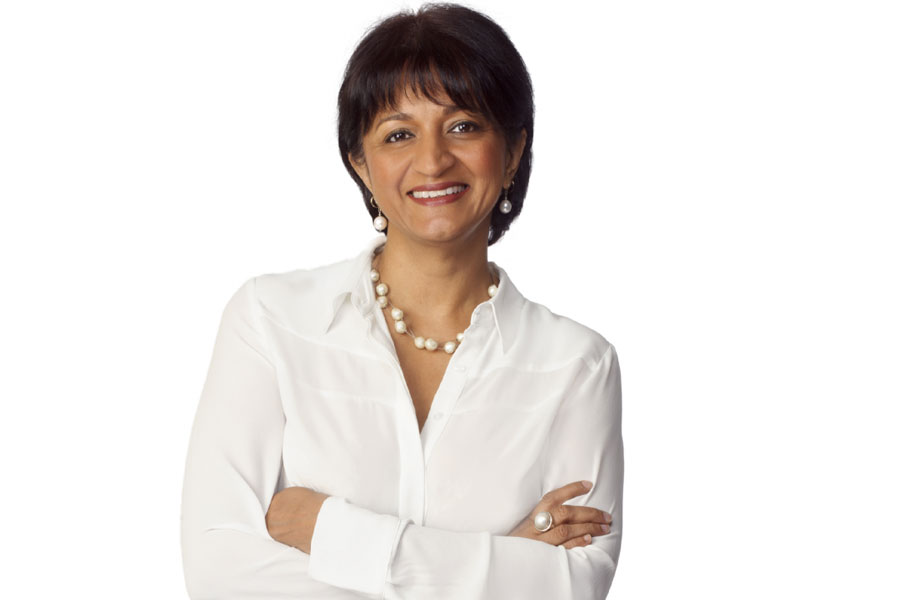 The conversation of diversity in Australia has mainly been about the number of women at board level and in directorships.

There are diversity programs in companies focused on ensuring they gain gender balance. In addition, the male “champions of change” movement is all about powerful men stepping up beside women to achieve a sustainable increase in the representation of females in leadership.

These are all great initiatives however I believe that we need to change our language around this issue: diversity is not all about gender balance.

Diversity is explained as “the inclusion of individuals representing more than one national origin, colour, religion, socioeconomic stratum, sexual orientation”

So, diversity is about people who come in different packages – ethnicity, ability and sexuality. Until now we have never measured the cultural diversity of our organisations. It is almost as if we use the word diversity to only represent one element of the term – gender balance.

However, we finally have our first report which must start the conversation amongst leaders in Australia on the issue of the cultural glass ceiling.

Over the last 18 months I have spoken to over 10,000 men, women, leaders, and managers. I have challenged them on their ideas of diversity and asked the question whether the colours of their organisation in fact reflect the communities they work in. And as I look around the room and see a sea of white faces looking back at me, I know that there is a lack of cultural diversity in many organisations.

So, what are leaders doing about this issue? The Australian landscape of people will only become more diverse and our workplaces need to keep up with the pace. According to the research, if ASX directors were 100 people then the following:

• 2 would be culturally diverse women

• 6 would be Anglo Celtic women

• 28 would be culturally diverse men

• 64 would be Anglo Celtic men

As a woman of Indian background, I have experienced the double jeopardy which comes in the corporate world.

Firstly, I have had to break the cultural glass ceiling within my own community. I married a white man, never went to university, sent my kids to child care, went back to full time work, and then got divorced. Pretty normal if I was a white woman. However, as an Indian woman I have been made to feel guilty on all these choices and labelled a “bad” wife and mother.

Read more:  5 ways to stop unconscious bias in the workplace

Secondly, I have had to smash through the same glass ceilings and work much harder to prove my worth and capability – not just as a woman but as somebody of colour.

Women of cultural backgrounds are also very ambitious we would not leave our country of birth, away from family or friends to move to a foreign land and restart our lives if we weren’t.

We are extremely capable, often bi-lingual and incredibly resilient. We make great negotiators, understand cultural nuances when doing business and we embrace change.

Frankly, what a valuable combination for any employer. Yes, we may speak with an accent and may wear different clothes, but isn’t that what diversity is about?

My partner was recently asked “isn’t your girlfriend Indian…. does she smell?” I was surprised that this level of bias exists at a senior level.

“Our hiring decisions must not have the lenses of unconscious bias and we can achieve this by simply removing gender and cultural background questions.”

A potential Indian candidate recently told me they he has been told to change his name to Gary as it would open more doors. I am often asked why I didn’t revert to my maiden name post my divorce. Well, most Australians cannot pronounce my first name and my surname “Smiles” builds assumptions on my background, creates curiosity and doors open. However, if I was Sadhana Jeraj, I would face levels of conscious and unconscious bias like many other migrants.

Far too many times smart, intelligent, ethnic women are not respected, valued nor are their opinions listened to. I often say to people that I have had to learn to think like a “white” woman. I have often had to discard my experiences from Fiji for only reflect on the ones in Australia.

As a woman of colour in a male dominated industry I stand out. However, I have had the courage to use my differences to my advantage and build my brand.

As leaders, we need to ensure that our existing teams are curious about different cultures and the commonalities that exist.

Our hiring decisions must not have the lenses of unconscious bias and we can achieve this by simply removing gender and cultural background questions.

Many applicants today are first generation Australians with ethnic names who speak with a broad Aussie accent. They also still have the advantage of growing up in a dual cultural environment. How fabulous is that for the businesses that eventually hire them.

Leaders also need to understand the challenges women of diverse cultural backgrounds may face at home. Despite their ambitions and career aspirations they may be facing the challenges of returning home to husbands, mothers and in-laws who are not supportive of their desire to work.

Leaders need to assess how culturally diverse their organisations are and then put in place targets to reduce the gaps.

I am proud to lead a brand in Victoria that is diverse in the representation of women in leadership but also within ethnic representations. We connect with our communities, which creates tolerance and understanding with our clients and each other.

Far too often I am approached by women at conferences thanking me for pointing out the lack of diversity in the room and workplaces. They often speak to me about what they need to do to get noticed and bridge the gap. Well, here are a few tips:

1. Ensure that you become the best blend of yourself and the Australian culture. You don’t need to choose one over the other.

3. Bring native food to work that you know your colleagues will like

5. Invest in your brand, use your differences to your advantage

6. If you have connections that will be an asset to your business then use them, especially if they are off shore

7. Find a sponsor or someone in your organisation who understands your career aspirations and helps open doors

8. Have honest conversation with your leaders on what holds you back and your ambitions

10. Join networks that will recognise your talent

Interesting that this list is really no different for those women who are not from culturally diverse backgrounds.

As leaders, how do we start this journey of making sure our businesses reflect our communities? I believe we need to train our employees on cultural inclusion and the impact of bias and racism – not just within the business but in the community. Examples include:

As a minority leader – not just as a woman but a woman of colour – this is not an issue I can leave at the door. I challenge my co-leaders to step up and keep the conversation going.

To commit to the changes not just for the financial benefits of your organisation but more so for the connection with your clients and people who choose to work in your organisations. I hope this study will be the first of many. Something that will be picked up by the mainstream media and business leaders and we will start to see the colours of our community reflected in our companies.

Sadhana Smiles is the CEO Harcourts Victoria, Winner of Leader/Manager of the Year at the 2017 Australian Leadership Excellence Awards, Founder of Links Fiji, 2013 Victorian Telstra Businesswoman of the Year, 2016 AFR 100 Women of Influence, author, public speaker and mother of two. She’s also a Business Chicks Premium member and PowerPlayer, connect with her here.

The top 5 questions CEOs need to be asking themselves