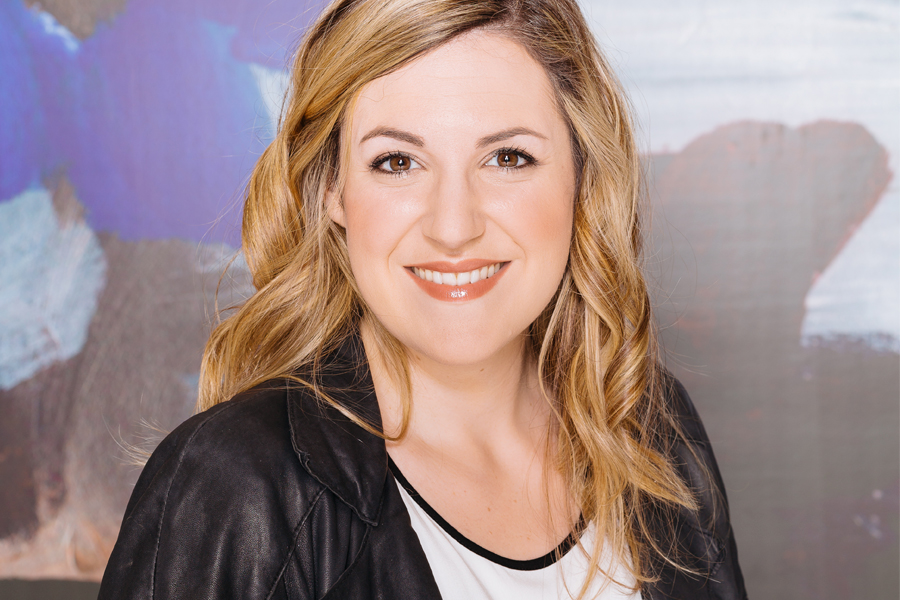 In 2006, Cyan Ta’eed launched her startup while living in her parent’s basement. Today, the co-founder of online marketplace, Envato is one of Australia’s richest women. She debuted on last year’s BRW Young Rich List as the top woman to make the cut, sharing the 12-13th spot with her Envato co-founder and husband Collis with an estimated 2016 worth of $184 million. Despite her success, Cyan has admitted to suffering from imposter syndrome. Here’s how she closed her confidence gap and went on to be one of our most successful entrepreneurs.

I’m Cyan Ta’eed, and I co-founded a tech company called Envato in 2006.

Envato is a digital marketplace where people buy and sell creative digital goods like music, graphics, video, photos, website themes and basically anything you might need for a creative project. We have over 7 million members and a team of 300, and most of them work out of our Melbourne office.

This year I’ve stepped back from the day-to-day at Envato, and am working on developing a new chocolate brand that is all about pairing chocolate with unusual flavours, the best ingredients, and incredible design. And it’s 100% owned by a charitable trust that funds community development projects with cocoa farming communities in West Africa (where most of the world’s cocoa is grown). It’s called Hey Tiger, and it should launch towards the end of the year.

On my father’s side everyone, women included, were entrepreneurs, and that always seemed like a very normal thing to do.

So Envato was, in fact, my 3rd business when I launched it with my husband, Collis, at 26 years old. We never expected Envato to grow as quickly as it did but we hit a hole in the market at the right time, and luckily managed to develop quickly enough to capitalise on that. Since then it’s been about developing myself as quickly as I can in whatever way I need to grow, trying to let go over my ever present imposter syndrome, letting go of being scared of (intelligent) failure, and just trying stuff I’m passionate about. I try to focus on doing the stuff I know I’ll regret if I don’t try – when I’m honest with myself about that I seem to do alright!

I think women tend to be “pleasers,” and that paired with imposter syndrome is a pretty lethal combination.

I try and talk about this stuff a lot because I think it’s important that people realise this is a pretty universal human experience. I’ve spoken to a lot of incredibly high performing people, and it’s not that they don’t feel this way, it’s that they’ve decided to ignore it.

To get over imposter syndrome, I spent some time modelling some people in my life who were naturally confident and realised they do two things that I wasn’t doing:

1) Prioritising learning over being perceived as intelligent or in control. If they had a question, they just asked it. I realised I needed to reposition my thinking from trying to look smart to actually being smart – and that means asking questions, even if I worry it might make me look stupid! I tell myself my goal is to leave the room smarter than when I came in, and it doesn’t matter what other people think during that process.

2) Deciding whether I’d do something based on how exciting I found it, rather than whether I thought I’d succeed or not. The people I was modelling were eager to take on challenges for the experience and not considering the reputations impact of failure. So I decided I needed to stop worrying about whether I’d fail and consider how exciting the idea was – if I knew I’d regret not trying, then I had to take it on. And I quickly realised that I’m actually a poor judge of my own capacity. There have been so many times that I have been pretty certain I would fail at something, and while I have failed many times, there are plenty of times when I haven’t. And then each time that happens my sense of my own capacity grows and I stretch myself a little bit farther.

A successful business is all about hard work and grit, but to get to a business of Envato’s there’s also a good dose of luck in there.

We happened to enter the market and be first to market in a whole bunch of spaces, and if we tried to do that now, it would be impossible. And I know for a fact that I have met plenty of tech startup entrepreneurs who were as or more intelligent, committed and hardworking, and their startup didn’t fly because their market wasn’t with them for various reasons. So that means, to some degree, that I won a bit of a lottery, and now I’m responsible for how the people who work for us experience their working lives, and what sort of impact we have as a business. And I really believe in that classic John F. Kennedy quote “for those of whom much is given, much is required.” So, without implying that I have figured this stuff out in any meaningful way at all, I try to do useful stuff. So that means that at Envato we focus on diversity and inclusion because that’s important stuff. And I believe the future hinges on having a purpose outside of just supporting shareholders, to supporting communities. 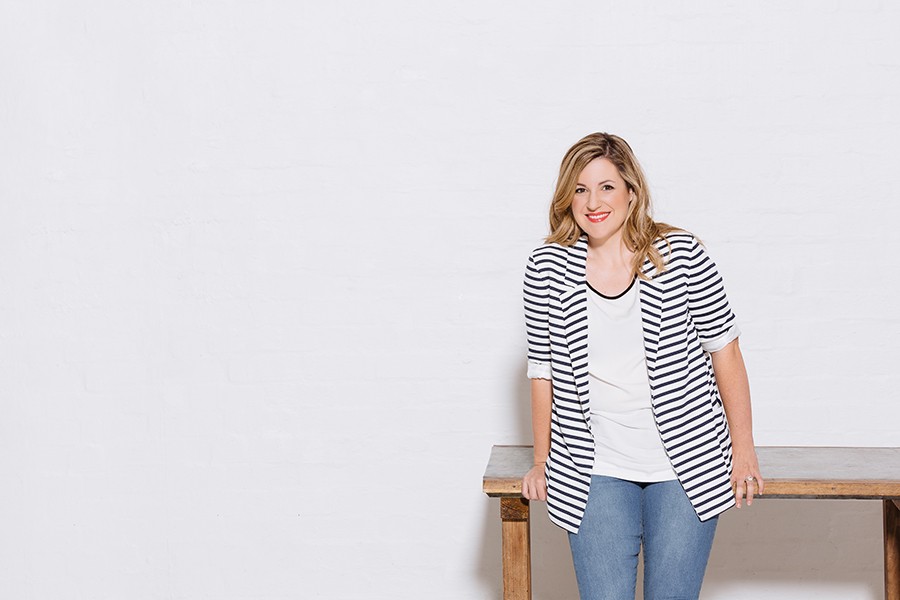 One of the things we did was launching New Day Box, a project that mobilises women to fill a shoebox with skincare, cosmetics and other little gifts to be delivered to women in family violence crisis on Christmas Day. I started that because I found out that there were lots of organisations delivering toys for the kids in crisis accommodation, but nothing for the women, which seemed pretty awful. These days there is a team of committed men and women all over Victoria running this thing, so it’s taken on a life of it’s own which is a wonderful thing.

We have eight company values, including”not just the bottom line,” “tell it like it is” and “diverse and inclusive,” but our core value is “when the community succeeds, we succeed.”

That stems from the reality that there are thousands of talented people all over the world selling with us, and our goal as a business has to be about helping them earn a livelihood doing creative work they love on their own terms. And I love that this value is also applied to our community of team members and our broader community.

I think we’re only just getting to the point where we’re starting to talk to young women about careers in STEM at scale, and even then, how often do we see aspirational women in STEM in popular culture.

Recently I went and spoke to 1500 15 and 16-year old schoolgirls, and they do still perceive tech as being the pale geeky guy in the basement. It’s only when we started engaging them in the idea that working in tech could lead to them working at Instagram, or even developing a new game-changing platform or app that they started to see the possibilities. I think we’re headed in the right direction, but it’s a slow process.

I have to laugh when I see other people’s morning routines, and they say things like “I meditate for 40 minutes then I make myself a green juice and go marathon training”.

I have two small children, and my mornings are an exercise in trying to squeeze a million things in at once! In theory it goes like this; wake up at 5.30, 7 minute workout, 30 minute run, stretch, meditate for 5 minutes, make the kids and my breakfast, defrost my soup for lunch, shower and get ready, wake the kids up (if they’re not up already), read the kids a book while we all eat breakfast (try to avoid the argument about which book we’re going to read), get the kids dressed, pack bags, set off for school, walk to school, drop off at school, hop on the tram to work, pick up a big coffee and try to spend 20 minutes before the day starts focusing on what I can do to really shift the dial today… work day starts.

I am surrounded by really amazing women who not only inspire me but are in my corner.

The woman who’s played the most important role that would have to be my mum. She wanted to be a fashion designer, and by hook or by crook she made it, against ingrained sexism that would be utterly unacceptable today. She has always told me I can do anything and is unconditionally supportive in the good times and the bad times. My husband once said that when you think of my mum, you think of unconditional love – and that’s totally it. She taught me so much about thinking big and loving big and I’m very lucky to be her daughter.

My favourite quote is by Clementine Paddleford, and it’s “Never grow a wishbone, daughter, where your backbone ought to be.”

And I remind myself of that all the time. If you do want to do something, if you want to change something, you’ve got to be the one to do it. You don’t need to start with a world-changing idea, but you should just start making stuff and releasing it out into the world. Every time you do that you’ll learn and get stronger, and be more equipped for the next bigger project. Entrepreneurship is a skill like any other – practice makes perfect.

I don’t know how equipped I am to be confidently sending a message to women everywhere, but here goes.

Your days will roll past, either way, so you may as well fill them with big challenges and big experiences. I don’t want to look back on my life and wonder: what could I have been and what could I have done if I had only been brave? Why didn’t I try to make the world better? I have met too many capable, passionate women who are waiting for “some day” – if you want it, start doing it now.

Our interview with Cyan is part of the ongoing partnership between Business Chicks and Truvée. With a shared philosophy of the power and potential of women working together, both brands are passionate about celebrating women who follow their passions and go after what matters most.