Welcome to part two of our IWD content series. 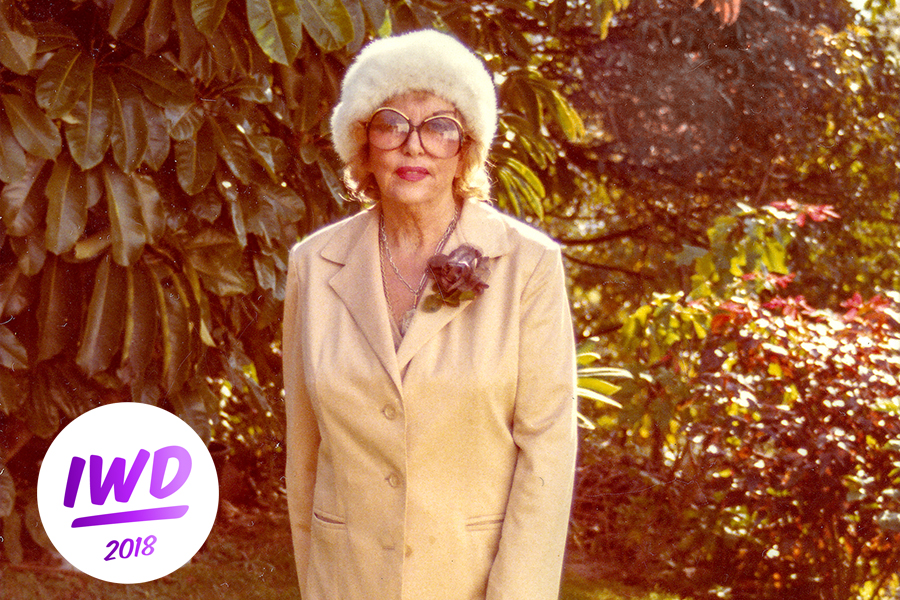 Welcome to our International Women’s Day content series, A letter to the most badass woman I know. We asked our Premium members to write a letter to a woman in their life who they want to celebrate. Here Cyan Ta’eed, co-founder of Envato and Hey Tiger, writes a letter to her great-grandmother, Veni, who was an entrepreneur in an era when women didn’t even work. And if you missed part one of the series, you’ll find that here.

How did I not realise how unusual it was to see an elegant 55-year-old woman, in full makeup, wearing high heels, on a building site… and carrying a bag of cement? By the time I was old enough to understand what an incredible woman you were you were already gone, but you were so tenacious I suspect somehow you’re still keeping an eye on me and cheering me on.

You were the matriarch of my family. You were 97 when you passed away (I was 16), but you wore heels and a Dynasty-esque power suit until the very end. Your love was as intense as your choice in perfume, and throughout my childhood, I got used to you grabbing my head and hugging me into your ample bosom. I remember struggling to breathe and smooshing my face against your jewellery, but always knowing I was very, very loved. I just knew you then as my endlessly optimistic and VERY extraverted great-grandmother, but I want you to know now that you had an incredible influence on my life.

My family was filled with entrepreneurs – and growing up I thought it was completely normal for women to start their own small business.

It didn’t occur to me until adulthood how unusual it was for a single mother in the Great Depression to start her own business. You’d been a country farm girl, by all accounts magnetic to everyone you met. Men fell for you left and right, and you once told me a story of the man who attacked you when you were walking back to the farm. He thought he could easily take advantage of a teenage girl on her own. You fought him off, told the whole town and he quickly moved elsewhere. He may have been the first person to realise that you were not a woman to be trifled with.

“You were a single mother with a basic education in very bad economic times, and somehow you managed to hustle and open your first business – a deli.”

Later you got married, and when your two daughters were still small, you became a single parent. You were a single mother with a basic education in very bad economic times, and somehow you managed to hustle and open your first business – a deli. I really wish you were here today so I could ask you how on earth you managed that! I feel like we could compare some notes on starting businesses – I suspect you could have taught me a lot.

Next, you had a dry cleaning factory while running a large boarding house, and cooking and cleaning for men returning from World War II. There you met a much younger man, my Uncle Jack, who had sneaked into the Air Force a year early as a 17-year-old. He promptly fell for you, and the two of you were inseparable for the next 46 years. You never told him how old you actually were, but I don’t think he would have cared. I want you to know that even twenty years after you left us we can’t get him to leave Coolangatta because he has to take flowers to your grave every single Sunday… and talks about how great your legs were. 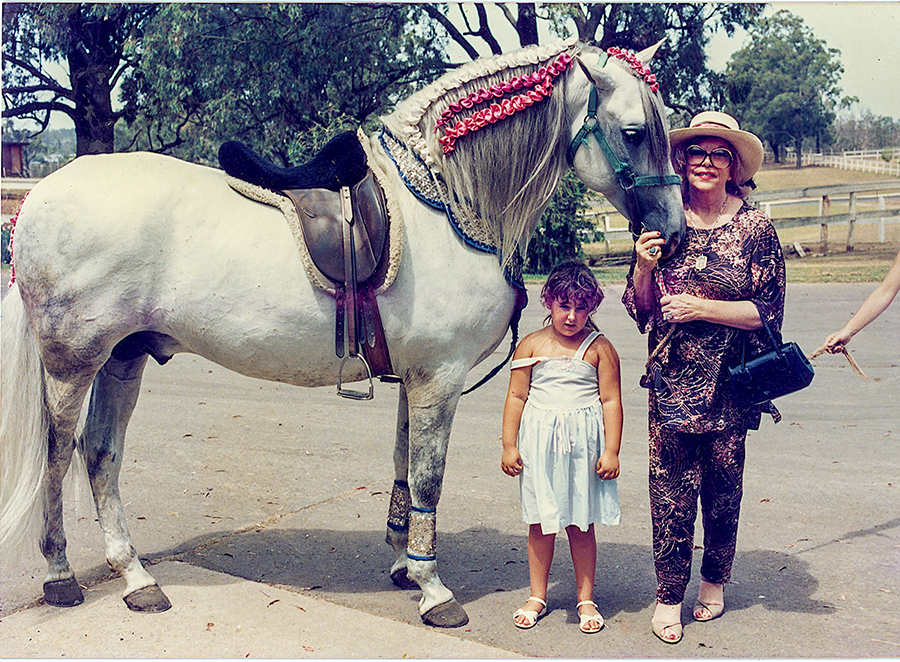 In the 1950s, off on a complete tangent, you started designing and building spec homes at a time when taking orders from an inexperienced novice women builder couldn’t have been met with much grace by the industry. But you prevailed with charm, humour and remarkable personal confidence and the houses were built and sold. You went from strength to strength.

By the time I came along, you were one of the most successful builders in Coolangatta.

You managed teams of Queensland tradies who didn’t dare mess with you, and you added your own (again very Dynasty-esque) sense of style to the houses that made women fall in love with them. You understood that the women were influencing the purchasing decisions and you built houses that actually appealed to them. It was so smart – you always knew how to leverage your strengths and see the angles. The other builders just couldn’t compete with you.

I went and visited your house not so long ago when Uncle Jack finally had to move somewhere smaller.

A photo of me was still on the middle of your wall, surrounded by photos of you looking glamorous. Your house was always covered in photos of you because you knew you looked fantastic. Again, I wish I could ask you how you managed that? I was suddenly so touched and honoured that I was the one who got to be up on that wall with you. Even though I was an awkward little kid, you saw something in me that made you love me as fiercely as you did, and for that, I will be forever grateful.

Cyan is a Premium member, co-founder of Envato, and the founder of Hey Tiger, connect with her here.

How Alli Webb grew Drybar into a $100 million brand