How’d you get into that?

How’d you get into that? 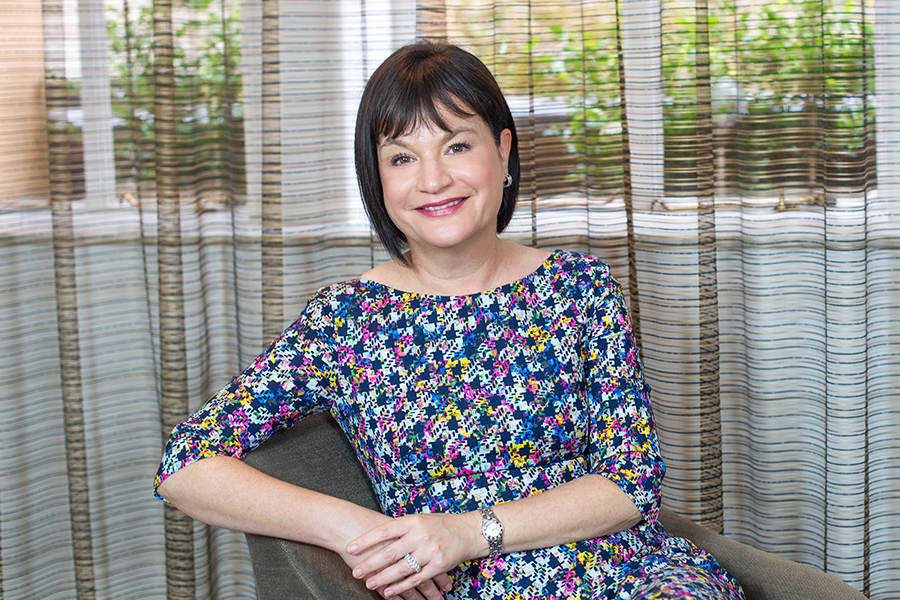 “There is no surf in Boston harbour.”

It was those seven words that led US-born Harvard educated doctor, Devora Lieberman to migrate to Australia. In 1997, she was lecturing in Obstetrics and Gynaecology at Harvard University in Boston when she reconnected with her Aussie “college sweetheart.” Fast-forward 20 years, and Devora and her now husband still live in Sydney – where the waves are much bigger than in Boston harbour. We spoke to the medical professional and specialist about her passion for women’s health and how she got to where she is now.

I’ve always been passionately interested in women’s health, and it goes back to when I was in high school.

I was working in a hospital blood bank as my summer job. We used to have to do blood types on the women who were coming for terminations of pregnancies, and I would look at the birth date of these women, and many of them were younger than I was. ( I was 17 at the time.) I just thought, ‘this isn’t right,’ so I became very committed to and interested in women’s health and family planning.

Then, when I went to university, at Cornell, there was a gynaecology clinic, and students were able to volunteer and be peer-to-peer educators. I jumped at the opportunity.

During uni breaks, I was also a contraception and abortion counsellor at Planned Parenthood. I did that over three summers – so I went to medical school knowing exactly what I wanted to do – gynaecology and women’s health.

It was very confronting dealing with women in circumstances very foreign to me. There I was a middle-class girl in Brooklyn and dealing with some very challenging situations, but if anything it made me more committed than I had ever been to making a difference.

The first job I got in Australia was working at an IVF clinic.

When I was applying for jobs there was an opening at an IVF clinic, and I took it- I learnt all my IVF here in Australia. I then had a break from practicing medicine and I took over as manager of the IVF clinic and pursued an MBA. A pharmaceutical company was my next stop, where I was involved in women’s health products.

We covered all aspects, fertility, menopause and contraception. I was actually involved in the introduction of what is now one of the most commonly used follicle (egg) stimulation regimens in the country. I travelled around Australia many times educating specialists about this new stimulation regimen. It was very exciting, but it made me realise how much I missed looking after patients, so after three years, I joined Sydney IVF to go back to practicing medicine. Because I had seen every IVF lab in the country at that time, I knew that there was only one clinic that I would want to work with, and that was Sydney IVF (now Genea).

Generally, I will start my day either with procedures like egg collections and embryo transfers.

That’s then followed by consulting, seeing patients, going through results, talking to people on the phone about their results, making plans for their treatment, and then when the pregnancy test results come in, making those phone calls. I also spend time preparing talks and reading literature and medical journals to make sure that I am up to date.

What I love about working at Genea is knowing that I can offer my patients world-class treatment.

We are always at the cutting edge, and I work with some very smart people who are as passionate about what they do as I am. Many of the techniques and technologies that are now standard across the world in IVF were created by Genea. From transfer catheters to culture media (the crucial liquid that embryos develop in) to major advances in incubators – many were created at Genea.

About 20 years ago, Genea developed an incubator called the MINC in our O’Connell St, Sydney labs. All of a sudden our outcomes doubled, and the scientists realised it was because of the incubators. It turns out embryos don’t like being disturbed. It seems so obvious now, but it was a major breakthrough at the time.

Those incubators went global but we never stopped.

We have recently launched a new incubator, Geri, which minimises disruption to embryos during the five or six days they spend in our labs. Geri has time lapse cameras taking photos every five minutes so we are able to watch the embryo develop on a screen- it’s very cool. Even our patients can now get access to their embryo images through the smartphone app Grow by Genea.

We’ve also developed Gavi- Genea’s automated vitrification instrument, automating and standardising key stages of the freezing process. Our goal at Genea has always been to help couples achieve pregnancy as quickly as possible with as few egg collection procedures as possible.

One of the best things about my job is when my inbox is full of baby pictures.

Or when couples come back to see me with their babies, and I get to have a little cuddle. Happy to give the baby back, but that’s absolutely the best part of my job when people who thought it was never going to happen for them have success. Also, a not quite as happy part of my job, but in many ways, almost more satisfying, is helping couples who don’t end up having success come to terms with that and feel comfortable about what options they can then pursue. Fertility treatment can be very challenging emotionally, which is why I wrote Empowered Fertility with life coach Claire Hall, who has been helping my patients for years.

Supporting women when considering egg freezing is another highlight. Egg freezing is becoming increasingly common now that we’ve made it a bit more affordable.

I really enjoy empowering women to take control of their fertility and sorting fact from fiction. I think the biggest misconception when it comes to freezing eggs is that it’s an insurance policy but in reality, there are no guarantees. When we have eggs in the freezer, they have a long way to go before they become babies.

I look at the treatment as an insurance policy against regret. So that down the track you know that you did everything that you could, you investigated all the options. It’s also important to understand that around the world, fewer than 10% of women come back and use their eggs.

I want women to know that they shouldn’t be afraid to take charge of their fertility.

And that if they have concerns, they should seek help sooner than later, and that there are many avenues of support for people who are struggling. You can’t really boost fertility. The best thing you can do is give up or not take up any bad habits. Cigarette smoking is very toxic to ovaries and eggs. It can advance ovarian age by up to 10 years. It’s not okay to say, ‘all right, I’ll give up smoking when I’m ready to start trying for a baby,’ because by then the damage may have already been done.

I think that there is a dearth of women in leadership roles in the medical side of fertility in Australia.

We don’t have enough women as the face of fertility medicine. I look at my female colleagues who have children, and I think there are still too few supports for women to be able to juggle everything. I think that often women don’t get as far as they might have otherwise because they’ve got personal commitments that keep them from advancing or being at the forefront.

I think that as a society we have to make it easier for women to be able to juggle a professional career as well as motherhood. That’s the first thing. Secondly, I think that journalists who are writing stories or who are producers of shows who are scheduling spokespeople should think about the gender mix of who’s around the table. If you look at a fertility article in the newspaper, more often than not, it’s going to be a man commenting on it.

Genea is Australia’s premier provider for fertility, IVF, and other assisted conception treatments. Genea has been leading the way in fertility advances for more than 31 years and has recently been named in the AFR’s Top 50 Most Innovative Companies List. To book to see a Genea Fertility Advisor or to learn more about Genea, head to www.genea.com.au or follow Dr. Devora on Twitter.