The woman who changed the shape of the fitness industry

The woman who changed the shape of the fitness industry 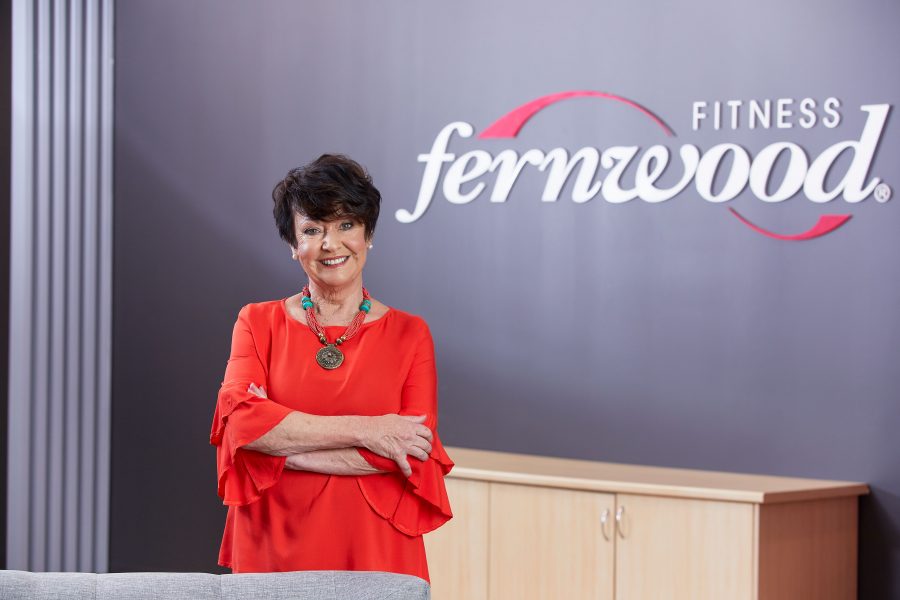 When Di Williams started a women-only gym in a vacant schoolroom in 1989, she didn’t know she’d change the fitness landscape forever. Here’s her story.

Ah, the ’80s. Simpler times. A Wi-Fi-free decade of poodle perms, cassettes, power suits, Duran Duran and, of course, aerobics. Old-school, Jane Fonda-style classes with neon leotards and leg warmers; where you burnt calories with a few energetic grapevines, not a Kayla Itsines video. It’s safe to say when Fernwood CEO Di Williams started her first gym in the late ’80s, the fitness industry was a very different place. “Well, women didn’t lift weights, for a start,” she says. “There was a weights area at the gym, but it was dominated by men. Women weren’t welcomed there, and they steered clear of it.” Moreover, women were afraid weights would make them bulk up – Popeye arms scared them off.

But it was only when Di – then a mother of two teenagers in her early 40s – started resistance training herself that she thought more women should be grabbing the dumbbells. “I wasn’t an exercise nut myself. I didn’t love going for long runs. But I fell in love with weights. My body shape changed, my metabolism improved; I lost weight and I could eat whatever I wanted. I thought, this is wonderful! Why aren’t more women doing this? I wondered why there wasn’t a female-friendly space for women to do weights. And so I created one.”

“Di’s living proof that you don’t always have to know what you’re doing when you start a business – you just have to give it a crack.”

Before Fernwood, Di hadn’t worked for 15 years. Women of her generation generally stopped working when they got married; she’d been a stay-at-home mum raising her children. She had little previous business experience. Growing up, she’d wanted to be a nurse or flight attendant. “I didn’t even know what a gym was when I was younger,” she laughs. What she did have under her belt was a rock-solid work ethic, which she says is thanks to her parents. “I grew up on a farm, and farmers never finish work until the work’s done. The sun going down doesn’t mean the work’s finished. I’ve always had that same work ethic,” she says.

Di’s living proof that you don’t always have to know what you’re doing when you start a business – you just have to give it a crack.  “The guy that owned the gym I went to liked my idea. He had gym equipment and I had plenty of time, so we found premises [a vacant schoolroom]  in Bendigo and set up a little gym for women. My big ‘launch’ involved writing a letter to all the hairdressers in Bendigo and telling them we were opening a women’s gym! Hairdressers generally love to talk; and they did. We spent nothing on advertising, and word quickly spread about our gym. It became popular quickly. Friends would come, and they would bring their friends … before I knew it, we’d grown out of our little gym and had to look for a new one.” They moved to a new, bigger space, and Di enlisted a designer to do a professional logo. From there, things escalated. “Even we were in a decked-out, professional gym, I didn’t think about going national. I just wanted to make it the best business I could. I never really leant on others for support. But there were many times when I lay awake and night looking at the ceiling wondering what I was doing!”

“You either succeed or you fail. Failure wasn’t an option for me.”

Di had gone from being a stay-at-home mum greeting her kids when they came from home school; suddenly, she was at the helm of a rapidly growing business. “My children were used to me being there when they walked through the door. All of I sudden I wasn’t. They were like, ‘Where’s Mum gone? What’s for dinner?’” Luckily, Di says her husband was supportive – and loved to cook. Still, she grappled with self-doubt. “When you’re building a business, you question yourself all the time. But once you start, you’ve got two ways to go. You either succeed or you fail. Failure wasn’t an option for me. So I kept soldiering on.” Di says she’s carried this piece of advice from her brother with her in her career: “98 per cent of the things you worry about never happen.”

“We worry about things we can’t do anything about, and usually, a couple of days later,  you think, what was I worried about? I’ve learnt to move on and only worry about the things I can do something about.”

But in the beginning, there was a lot to worry about – as with most start-ups, they struggled with cash flow. “One low point was when the bank account had no money and I had to pay the wages. So I grabbed my credit card and bought enough memberships to pay for them! Those were the sorts of things you had to do to stay afloat. There were some really tough times. Cash flow is always something that’s challenging for start-ups. It’s one thing to grow slowly, but if you don’t grow quickly you don’t get your brand out there. It’s a fine line.” In 1994, Fernwood took a big leap into the world of franchising. In 1995, they’d opened 14 clubs in one year all around the country. 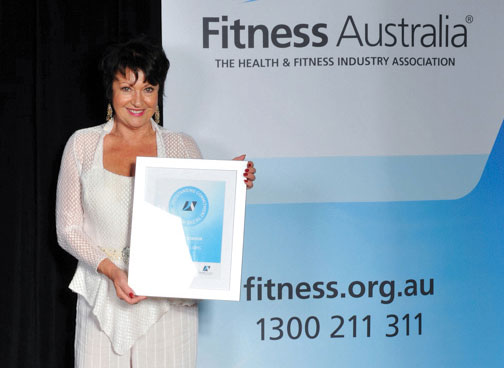 “Franchising seemed like a great way to expand. Running the gym, I poured my heart into looking after our members; I’d be devastated if they didn’t renew their memberships. I wanted our franchisees to have that same passion. Franchising can be tricky, and it’s difficult to get the right people. But I tried to look after them like I did our members. I think if you do the right thing by them you’ll be successful.” Culture has been a big part of the franchise success; Di says when people come into the business who aren’t a right fit, they don’t stay long. “I’ve always believed in being a good listener and being firm but fair. Because I work in the business and am passionate, I think it rubs off on the people we hire. As a leader, applauding what you’d like to see more of is important too. And you need to be authentic; don’t try to be something you’re not. That’s how you earn respect; without respect, you can’t be a good leader.”

The fitness industry in 2019 looks very different to what it did in the ’80s. Over 30 years, Di’s seen thousands of women walk through the doors looking for a feel-good space to connect with other women and work out. They still do that today, but how and why they exercise has changed. “When I first started, women didn’t have much confidence and were intimated by going to the gym,” says Di. “Today, they generally aren’t afraid of lifting weights. They’re not afraid of working out with men either – they just choose not to.

“In 2019, women have such busy lives. We don’t have time do just plod on the treadmill. We have to get results. We have to burn calories and find balance. Women have changed so much –we’re now independent, assertive and know what we want.” Women also work out for their mental as much as their thighs. Fernwood’s had to adapt to that.

“There’s a shift away from hardcore fitness and a move towards wellness. We’ve always been a leader rather than a follower. We had yoga and tai chi when we first started, which were almost unheard of back then. Recently, we’ve been working with Deakin University to create a program to help women understand where their stress and anxiety comes from and give them coping mechanisms to deal with them, and boost their mental intelligence. It’s going to be all about relaxing, meditating and yoga. We’re very excited to launch in Melbourne in April.“ Watch this space.

If you ask Di what she’s most proud of achieving in 30 years, it’s not the $100 million turnover or awards and accolades. She’s just happy she’s still here. “Fernwood is still flourishing after 30 years. We’re still around Considering there’s so much competition out there, I’d say that’s a great achievement.” And what advice would she give a young Di starting out in the world? “I’d tell her she needs to be more confident about what she’s capable of. Women sometimes have a lot of self-doubt and see someone achieve great things and think, ‘I wish I could do that.‘ The thing is, you can. Sometimes it looks like an overwhelming goal but it’s not – it’s just one step at a time and you’ll get there.”

Di’s now in her 70s, but she still leaps out of bed each day at 6am excited about the day ahead. She’s still very much involved in Fernwood and its strategic vision. “I do take a lot more holidays these days, though,” she laughs. The gym offers online programs that these days, but Di agrees that there’s still nothing like the environment you get when women come together – a bit like Business Chicks. “You’d like to bottle that feeling,” she says. Di, we couldn’t agree more.

Our friends at Fernwood Fitness are offering you the opportunity to try out their gyms for yourself, click here to secure your complimentary visit pass.