Don’t tell paralympian Ellie Cole she can’t do something

Don’t tell paralympian Ellie Cole she can’t do something

Paralympian Ellie Cole has had her fair share of setbacks. Here, she talks gold medal moments, and explains why attitude is everything. 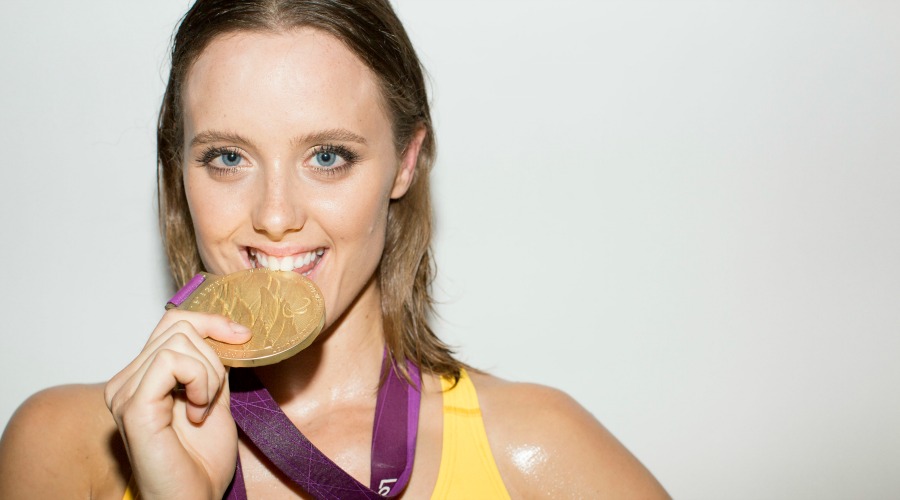 Ellie Cole has been told ‘no’ a lot in her life. It started when she was just three years old, after her right leg was amputated due to sarcoma, a life-threatening cancer. Straight after surgery, her parents were given a long list of things that she should say no to; the things she couldn’t do. Her parents threw that list in the bin. Ever since that day, Ellie has had a fighter inside her.

“It’s not that my parents weren’t cautious – I had a limb missing, after all – but they never really put limitations on me,” she says.

“Other children my age would be roller-skating or riding a bike, and people would say, ‘Oh, you won’t be able to do that.’ When you’re told this, it puts a fire in your belly. I’d think, well, why the hell shouldn’t I be able to ride a bike? You realise you can overcome the limitations people put on you, you can achieve just about anything. I’ve carried that with me my whole life.”

Ellie Cole’s “whole life” is just 24 years. While she’s got a wicked sense of humour and a youthful spirit, she also seems wise beyond her years. And she’s achieved more than most of us could ever hope to do in a lifetime, representing Australia at the Paralympics three times, winning four gold medals in London 2012 and being awarded an OAM in 2014. After bouncing back from a double-shoulder reconstruction, she’s tipped for big things in Rio this year. Not bad for someone who had no interest in the Olympics as a child.

Eight weeks after her leg amputation, as part of her rehabilitation, Ellie’s mother Jenny enrolled her in swimming lessons. Ellie’s instructors expected her to take up to a year to learn how to swim in a straight line, but it took her two weeks. Even so, she didn’t grow up thinking she might be on a podium one day.

Growing up in Frankston, Victoria, Ellie said she wasn’t exactly Eddie the Eagle. “I was completely the opposite,” she laughs. I mean, I loved sport, but I also loved playing the violin! I had no idea I’d end up at the Olympics.”

“I didn’t really know I was any good at swimming until I went to the 2006 IPC Swimming World Championships, aged 15, and came home with a silver medal. I’d caught the attention of Swimming Australia, they took me under their wing and, from then on I was a proper, professional swimmer.

Ellie made the 2008 Paralympic Team, where she won silver and two bronze medals in Beijing. After bringing home two bronzes from the 2010 World Championships, she moved to the Australian Institute of Sport to concentrate on her swimming and study exercise science at university. It was in London 2012 that she had her first gold rush: she did it four times in the 100m backstroke and freestyle and the 4x100m freestyle and medley relays, as well as collecting two bronze medals in the 50m and 400m freestyle.

It’s a question she would have been asked a million times, but I still need to hear it from her: how does it feel to know you’ve won an Olympic gold medal? “It’s strange, to be honest,” she says. “When I came back from London, it felt like a dream; like it hadn’t happened. You have all these photos and videos of the moment, but for me it didn’t sink until a long time after the Games had finished. It’s like going on a lovely holiday and coming back and going, ‘Oh, I feel like I never went!”

“The moment it sunk in for me was after I’d had my double shoulder reconstruction. My arm was in a sling, and I’d gone with a bunch of friends to an ice-skating rink. I wasn’t skating, as that wouldn’t have been very clever, but I was watching everyone, and a young girl caught my attention. She was only about 10, and she was incredible to watch: she was doing all these fancy pirouettes and other things I’d never seen anyone her age do. I was thinking, ‘Wow, this girl is good! She could go to the Olympics one day – she’ll win a God medal!” And then it suddenly hit me that I’d actually gone to the Olympics and won a Gold medal. I started bawling, and my housemate rushed over and said, ‘Ellie, what’s wrong, are you OK?” I sobbed, “That girl is so good, she’ll win a Gold medal one day! And I’ve actually won a Gold medal!“ My friend replied, “Um, I know Ellie! It’s amazing! Do you have PMS or something? What’s wrong with you?!”

“It took a little girl at an ice-skating rink, six months after I’d come back from London, to make me realised what I’d achieved. I kind of wanted to run over and give that girl a hug, but her mum was sitting there and probably would have told me to get away from her daughter!”

Mindset matters
Ellie Cole has just about the best, down-to-earth, Aussie-angel attitude out of anyone I’ve ever interviewed – and she’s probably the person who you could excuse for having had ‘poor me’ moments.

But while her disability has occasionally landed her in trouble (she once threw her leg at a boy in year seven who was annoying her), overall it has made her more determined to excel in swimming, believing that it is better to have a sore neck from aiming too high than a hunch back from aiming too low.

“I learnt from a really young age that even though I might have a setback, it’s not an excuse and that I still need to put in just as much effort as everyone else, if not more.”

“This doesn’t just relate to me: in life, you’ll have things that set you apart from anyone, and you’ll have traits that aren’t as strong as the next person’s. I had to work twice as hard just to be able to keep up with the other kids.”

“I’ve never played victim with my disability. I do understand at some point why people who have a disability – especially those who get one later in life – do think ‘poor me’, because they know what it’s like to feel healthy; they know what it’s like to feel fitter. I come across people all the time who have humility, and usually the young kids that don’t victimise themselves and it’s the older ones that do.”

Ellie biggest career setback when she injured her shoulder. At the time, she was swimming 15km a day. “It was getting to the point where I was so sore I couldn’t wash my hair after training sessions. I couldn’t even lift my arms up. I was also having some trouble with my coach at the time, and so I was pretty emotional. I had no one to talk to, really; they said if I spoke up I might lose my scholarship to the Australian Institute of Sport.” This intense pain, emotionally and physically, went on for about three months. Ellie felt at breaking point, but she had to keep going. “In horrible times, you go into survival mode. You just do what you have to do to get through it. For anyone going through a really shit time, here’s my advice: it will end. Every hour, every day is a day closer to the end. Nothing lasts forever.”

It certainly didn’t for Ellie: after a reconstruction that could have spelled the end of her career – she was told she may never swim again – she was back in the pool, with her sights are firmly set on Rio.

Minority report
When I ask Ellie about the stigma surrounding women in sport – and those with disabilities – her tone changes.

“Don’t get me started on this. For some reason, big sponsors think that people don’t want to watch women in sport. Um, seriously? How can women still be considered a ‘minority’?”

“What really annoys me is that when males in the media are offensive, or make slurs about either women, they still get their contracts renewed and people act like nothing’s happened. But there are so, so many good women role models in sport who don’t get exposure. Kids growing up need to see more women in powerful positions in the media, especially in sport. I don’t understand what the problem is.” She does concede things are changing, albeit slowly.

“Channel Seven has just signed to broadcast for Paralympics for Rio, and we’ve had a whole bunch of corporate sponsors come on board since then. It’s also fantastic to see women’s AFL league is starting next year, and how well the Diamonds [Australian women’s netball team] are doing. Ten years ago, girls were almost ridiculed for doing sport, but there days it’s a fashion statement to be fit, muscly and athletic, which is great.

“I was training this morning and Beyoncé’s Who Run the World started playing, and all the girls in the pool started singing it at the top of the lungs. “Who run the world? Girls!” I love seeing stuff like that. Women need to lift each other up.”

Ellie says thanks to events such as the Paralympics, perception around people with disability is changing, too. “I find young people don’t care – in a good way. You’ve got a disability. So what? But it’s the older ones who don’t get it as much.  “A couple of years ago, a man came up to me in the street and told me how good it was that I was outside, and asked if I was OK. His heart was in the right place, he wasn’t doing it to offend me, he just was genuinely worried about me because I have a disability.

“Ultimately, it’s up to me and other people with disabilities to educate those kinds of people and show them what we can actually do. I can tell you right now that that man back then would not comprehended the fact that I could swim the 50m freestyle faster than anybody he knows!”

Right now, things are going pretty swimmingly for Ellie Cole. Now based in Sydney – she trains at the Castle Hill RSL Swim Club. Her favourite thing in the world is to represent her country. Out of the pool, she’s got one year left of a Bachelor of Sports Coaching and Exercise. After that, she says she’s not sure what she’ll do. “I’d love to do a masters in education, or work in the health sector. Oh, and I’ve just signed a deal with Channel 7,” she adds casually, “So I’ll see what happens there.

“People say to me, you could die happy now, you’re a gold medallist! And I’m like, ‘Nah, are you serious? I’ve got so much more to do!”

Right now, for Ellie Cole, that means watching Netflix and playing with her puppy. Perhaps there’s a bit of 24-year-old in her, after all.