Dr Rowan Brookes: A letter to the most badass woman I know

Dr Rowan Brookes: A letter to the most badass woman I know

Welcome to part three of our IWD content series. 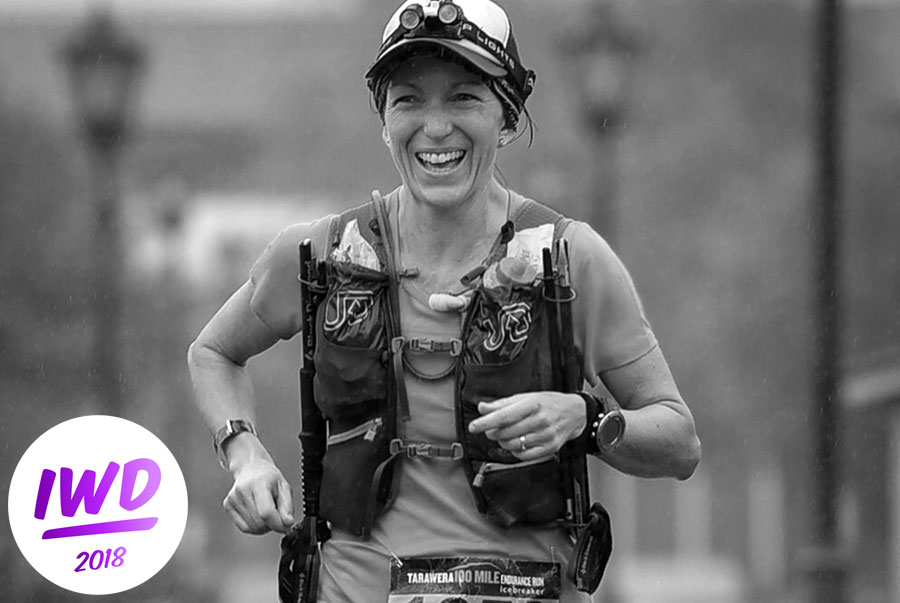 Welcome to our International Women’s Day content series, A letter to the most badass woman I know. We asked our Premium members to write a letter to a woman in their life who they want to celebrate. Here Dr Rowan Brookes, Director of Education in the School of Biological Sciences at Monash University, writes a letter to Bec Howe, a Teacher’s Integration Aid at Peninsula Specialist College.  Read part one and part two of the series and all our IWD content here.

It’s time that you are celebrated and honoured. You’re an incredibly brave woman with the ability to approach life with perseverance and grit. Your bravery is impressive, but the thing that I most admire is that you haven’t let life wear you down. You show up, you support, and you light up the world around you.

You are a champion of people. We met last year when I was new at a community running event. Groups are not my thing, so I was standing timidly in the shadows. I’m not sure how you even spotted me; You are a stronger, faster runner and are always ahead of me. In your big-hearted and welcoming way, you found me and warmly made me feel included. Since experiencing your generosity of spirit at that time, I’ve witnessed you do the same for others. You embrace people regardless of whether they are accomplished athletes, or will end up walking the majority of the way.

You’re always so humble about your own running accomplishments, even though you’re near the top of your field in endurance running. It’s nothing short of awe-inspiring watching your accomplishments in the 50+ km running distances that you enjoy. Never forget that it’s a very small field of women doing these events. The duration of the events that you run is one thing, but it’s the persistence and commitment that you show to your training that really shows your spirit.

“Your bravery is impressive, but the thing that I most admire is that you haven’t let life wear you down. You show up, you support, and you light up the world around you.”

Recently you ran 100 miles and rather than acknowledging this outlandish accomplishment when I called to congratulate you, you laughed off my praise by deflecting to something I’d achieved. I’m not sure why you do this, but it has the effect of making other people feel that they’re doing something truly special and aspirational, even though they never run as far, or fast as you.

You are the mother of two beautiful children, and I know you do it tough.

We all know the mothering gig is hard, but you’ve got the additional challenge of parenting a teenage son who has a disability and needs your extra care and patience. You’ve never complained or appeared fed-up about the extra challenges you face at home. You bear the challenge of those wakeful nights with grace, love and selfless determination. When you came for dinner recently, I watched the way your husband Steve gazed at you with respect and adoration. Your two children glowing and filled with their own confidence from the lifetime of nourishment that only comes from the steady, wise love of a mother. It’s clear that you are as extraordinary at home as you are at running.

I see the respect that your colleagues have when your name passes their lips. As a teacher’s integration aide at a Special School for children with disabilities, you’re doing one of the most challenging and unrewarded roles. I’ve heard that you show up every day with a smile, an optimistic mindset and build up the children, their families, and your colleagues.

Bec, we seldom get the opportunity to have a real conversation beyond a few quick words at the start of a race, or before getting interrupted by children. If we had time to talk, I’d want to talk about Invisible Women.

At some point in the decade after turning 40, women seem to share the experience of becoming forgettable and unnoticed. They become Invisible Woman. This phrase also describes the fade of attention women experience when they no longer yield power, wealth or influence. The experience of an invisible woman also frequency extends to mothers of young children. Many mothers of young children would have experienced the sensation of having stranger’s eyes glaze past them.

I experienced life as an Invisible Woman as a stay-home Mum, working in a part-time job, as well as a volunteer in the community. As another woman with a shared experience, I wonder if you’ve experienced it as well?

“Bec, I want you to know that if you have ever felt invisible, you are not invisible to me. Rather you are seen, you are admired, and you are a hero to me.”

The Invisible Woman doesn’t exist on her own; she’s generally acknowledged as somebody’s wife, mother or aunt. Many women who identify with the feeling of being invisible have had the experience of being passed over for their male companion in the public arena. They share the sense of frustration of being at a social function where the intellectual conversation is always directed at their male companion. For this reason, she often feels rendered not just invisible, but voiceless and no longer recognised as a being an important actor in the world.

Invisible women rarely are presented with awards, or recognition for their work, and they certainly don’t make the Australia Day Honours list.

I’m writing this to you now Bec, as you are one of the champions who makes our communities run. Your tireless labour in a challenging job, your good will and social consciousness and your never-ending commitment to your family is beyond incredible. Bec, I want you to know that if you have ever felt invisible, you are not invisible to me. Rather you are seen, you are admired, and you are a hero to me.

Dr Rowan Brookes is the Director of Education in the School of Biological Sciences at Monash University. She sits on the Women’s Advisory Roundtable for the Minister for Jobs and Innovation and is the co-lead on the Women in STEM side-by-side program with veski and the UK Consulate – General, Melbourne. Connect with her here.