We spoke to the fashion-forward duo ahead of their appearance at 9 to Thrive. 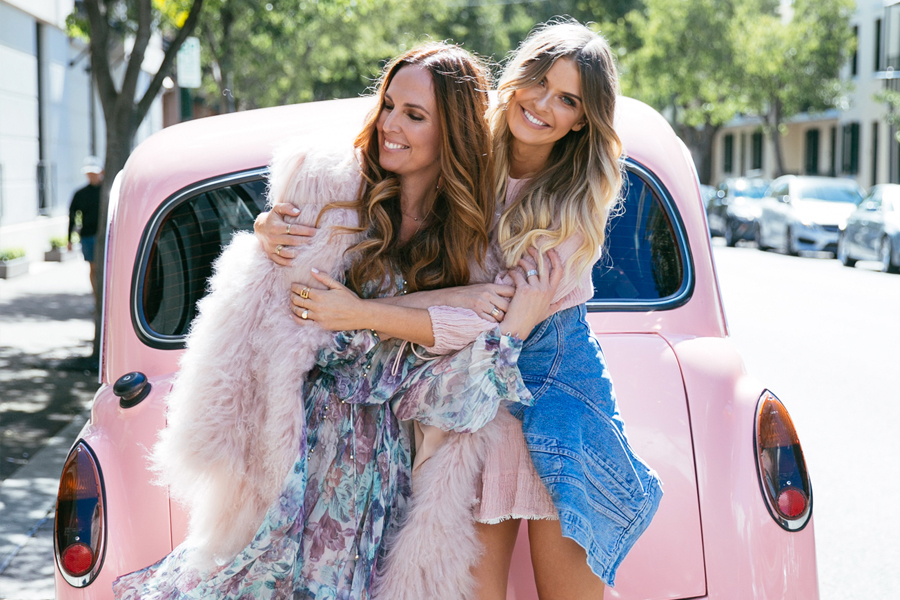 The website we know as They All Hate Us originally started as a daily email Tash Sefton and Elle Ferguson when the pair were working together at General Pants. Today, it’s viewed by over 660k visitors every month. We chatted to the besties ahead of their appearance at 9 to Thrive this year (to find out what days they’re on, check out the full schedule here).

One word that sums up your lives:

My first email address was:

Elle: [email protected] (work was my first one)

Tash: It was so long ago I can’t remember!

Elle: One half of They All Hate Us

Tash: Co founder of TheyAllHateUs & I have an art business as a hobby with my sister @seftonsegedin

Apps we can’t live without:

Elle: Instagram!!! And to be honest I keep downloading photo apps to make my pictures more wow, but I’m yet to actually work out how to use them. Oh, I forgot Tetris. I love Tetris. And Deliveroo.

What we were doing before this…

Elle: I was working as the global visual merchandiser for Seafolly.

Tash: I was the head of womenswear for General Pants.

What’s gets you out of bed in the morning?

Have either of you ever felt like an imposter? When?

Elle: many years ago at fashion week (we’re talking like 10 years ago) I pretended to be Tash to get into a show and sit front row.

Tash: Sometimes daily – when people stop me in the street I wonder how they know me. My kids don’t understand why people come up to me all the time, so I tell them everyone is my friend – they must think I have a lot of friends!

Do you ever achieve Inbox Zero? Or is it mission impossible?

Tash: No, no every day needs to end with no emails in my inbox.

Do you have a fitness routine? What do you do?

Elle: Yes!!! I’m currently doing an hour of Pilates at Fluid Form and an hour of strength training everyday at Flow Athletic. Infra red sauna three times a week followed by the Bondi to Bronte three times a week too. And I’m 10 days in to a 30-day massive detox eating only the Clean and Lean program from Eat Fit Food. 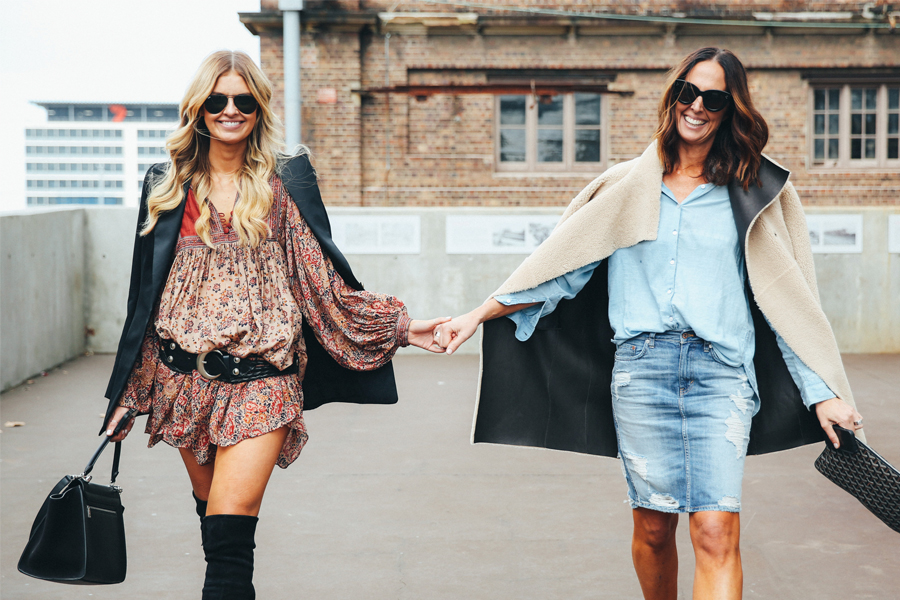 How did you grow your audience to over one million followers?

Elle: it’s been all extremely organic. What we have done is stay true to who we are and ensure we post regularly.

Tash: I have no idea!! When we started growth in followers was really organic. I remember getting 10,000 followers each month, but now it’s changed and as isn’t as organic anymore which I think is a real shame. But I think if you are true to yourself then your followers will like you more and engage with your voice, which i think is much more important than the number of followers.

Elle: on one hand I really believe they are amazing as you interact with everyone and can bounce ideas of each other, but at the same time sometime you need quiet to get that ‘to do’ list done.

Tash:  They are good if you and your team are self motivated and know when to get to work. I do like working when its quiet but think open plan works as your hear what’s going on around you rather than people having to email you to keep you in the loop. The less emails the better.

Where’s the weirdest place your work has taken you?

Elle: Ha, ha, ha I have to have a laugh at this one because it’s been carparks, planes, an alpaca farm in Brisbane. Think of the strangest place and we’ve been there.

Tash: Elle will laugh at this, but we had to film at a farm for a tourism company and an alpaca attacked Elle. I don’t think I have ever laughed as much – we also went horse riding in heels!

Elle: Be organised! Write lists and always have a clean house… I feel like I have a little OCD but I love it. Also surround yourself with people that lift you up!

Tash: I wear big black sunglasses when I don’t have time to do my makeup and I get my hair blow dried once a week and can make it last about 5 days with dry shampoo.

Elle: I’ve just re-watched Entourage and How To Make It In America. I’ve literally binge watched every series and in the need for new. Oh, and the Kardashians is LIFE.

Tash: I’m loving Younger. I watched the first two seasons in one weekend to catch up. And I LOVE Outlander, and I am now reading the books as I can’t wait for the next TV series to come out. I never realised I would love a Scottish man in a kilt!

How much time do you spend on social media every week?

Elle: I would hate to know… my phone doesn’t leave my hand.

Tash: Let’s just say I’m on it most of the time unless I’m driving, sleeping or in the shower.

What do you do to forget about work? Recharge?

Tash: I never forget about it as it being our own business means we never switch off, but when I’m with my family you really don’t need anything else but them, they also keep it real for me.

What’s the last thing you do before going to bed?

Elle: Tell my sister I love her, kiss my boyfriend and tell him I love him.

Tash: Check on my kids.

How many hours sleep per night do you get?

Tash: Between 7 – 8 hours depending on the boys. My youngest son is waking up every morning between 5 – 5.30am, which is so hard! But it means I get a few more hours with him each day which is nice.

What’s one thing no one else knows about you?

Elle: I wore cat’s whiskers braces to school as a kid to straighten my teeth… just Google it.

Tash: My husband doesn’t want to be on my social media feed as it’s not his thing. So sometimes people ask me if I’m a single parent. And I bite my nails and have a very crippling needle phobia.

Tash & Elle are joining us at 9 to Thrive this year, for the full schedule and to grab your tickets click here.