Want to take your business overseas? World domination is no walk in the park, as Emma Isaacs discovered … 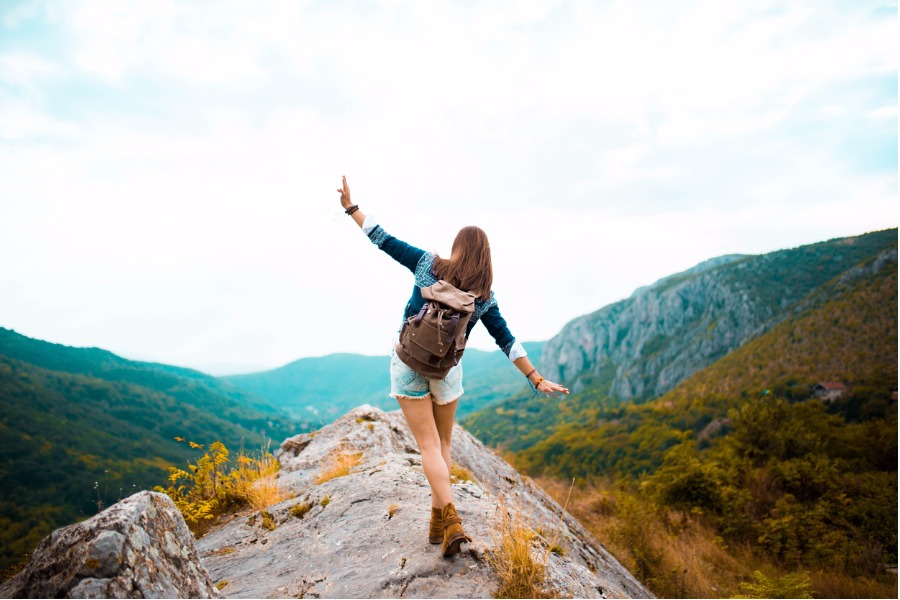 From the minute I started working on Business Chicks, I knew I wanted to share it with the world.

I didn’t know when and I didn’t know how, but I’d always had it in the back of my mind that that’s where we were heading.

I find my role in our Australian business relatively easy. That’s not to say there aren’t problems and challenges every day – of course there are plenty of those to keep me challenged, but I suppose what I’m saying is I’ve been doing this role for the best part of 10 years now, and I have a sense of adeptness. I know which levers we need to pull to have the business ramp up, and I know when I need to pop my feet on the brakes (which is my least favourite position I’ve got to say.) For the past few months I’ve been thrown back into the entrepreneurial classroom, learning loads and very much being out of my depth, which has been a jolt to the system. Throw in a newborn baby (my son was nine weeks old when we launched in the US) and it’s a recipe to test those with even the strongest constitution and level of ambition. Here’s what I learnt.

1. The added workload scrambles your brain

When you’re stressed and have a million things racing through your mind, getting through an action list is even harder. I was finding my concentration span was about five seconds, and I just couldn’t hold a thought. It meant I was flicking from one activity to another without actually getting anything done. It seemed there was always something more pressing taking over my attention. Sometimes I couldn’t type as my fingers had seized up and sometimes the computer screen would go so blurry as my eyes just couldn’t focus.

Sometimes I wonder at the simplicity at which my assistant Britt can think. She can work through problems and come up with a solution within seconds that I can’t see. She’s lucid and practical, where I see some decisions as insurmountable and confusing, not knowing which way to turn. As she puts it, “Your head is full and overflowing with the business and your family, Em! Mine’s not. I have the time to ponder over decisions and options, plan them, and then I just get them done.” If only I could think the same way!

Working two jobs, running two inboxes and leading two teams is without a doubt the hardest thing I’ve ever done. It wasn’t as if the Australian business relaxed at all throughout this time – we were still full steam ahead and my team here needed me too. They couldn’t see that I hadn’t slept the night before though because of conference calls with the States (and, that baby!) or had been kept up working through an unrelenting US inbox.

2. Your life at home suffers

I struggled on the homefront too. I’m someone who can generally cope with a huge amount of stress and pressure, and therefore I put on a positive face to my husband and my kids. It was important to me that they not feel my stress, but as a result of that my husband didn’t know how much I was crumbling at times. I found it difficult to express what I was feeling and often thought that it wasn’t worth the time – if I’d chosen to have that 10-minute conversation with him, that was two emails that I wouldn’t be crafting! I was so in it that I couldn’t see an alternative.

If you’re a little disorganised and leave everything until the last minute (I’m guilty!), you’ll find the timezone challenges really difficult. If you leave it a little late to make a phone call, then you won’t have another chance to be in contact with that person for another 24 hours. And if they’re not available at that time, then another day will pass. The pace at which time dissipates is frustrating for people who are used to getting decisions made quickly and ticking through a to do list at lightning speed.

4. Above all, be your brand

The day before I left to go to Los Angeles when we first launched, we had an event with activewear entrepreneur Lorna Jane Clarkson in Sydney. Lorna and her husband Bill have been growing their North American business for several years now, and are experiencing huge growth and success, but it hasn’t always been easy. Bill gave me several pieces of advice about launching in America, but the one that stuck with me was “be yourself.” I held that advice with me as we travelled across the States, and it paid off. Of course you’d never be so arrogant as to not listen to feedback, but ultimately you need to make your own decisions, be your brand and not pretend to be anything else.

Emma Isaacs is the Founder and Global CEO of Business Chicks.