‘This is my endometriosis story’

‘This is my endometriosis story’

Premium member Yong-Li Zhou is the co-founder of Enbacci skincare. 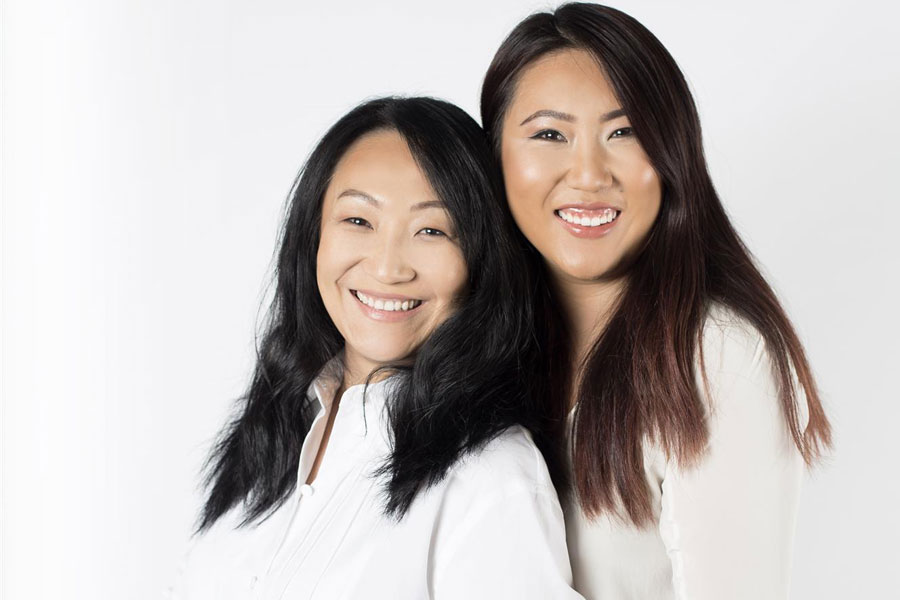 Premium member Yong-Li Zhou is the director of luxury skincare brand Enbacci. She and her mum, Nan, who founded the brand, have endometriosis, and are determined to use their platform to increase awareness of the debilitating disease that affects one in 10 women.

Endometriosis was not a term that was part of our family’s lexicon six years ago. It wasn’t until my mum’s first visit to the gynaecologist at the age of 41, that she first heard it and was told she might have it.

I believe my own endometriosis story began all the way back when I first started going through puberty. I got my first period at the age of 12. I had pain and I was irregular, but these were things that were explained to me as normal for a teenage girl. No one told me that they may also be symptoms of endometriosis.

I remember when I was in high school dreading our swimming lessons because I knew I wouldn’t be able to participate. Our school swimming program used to run for two weeks. Not bleeding at some point during those two weeks was unheard of for me. I used to have to get my mum to write me notes telling my PE teacher that I could not participate. On one occasion, my PE teacher looked at my note and asked how I could possibly still be bleeding a week after my first note of exemption. Back then, I didn’t have the answers to that.

My PE marks were not good that term, and being a straight-A student, seeing other letters of the alphabet printed in my school report hurt. Mum, being the protective mother that she is, rang up the school to complain. Two things are highlighted to me through this story. The first is the lack of awareness and understanding of women’s health, even by women. The second is that I was very lucky to have a mother who taught me to listen to my own body. Only I have the right to determine what my abilities and limitations are. This is a lesson that will remain relevant for the rest of my life.

As I got older, I would get severe abdominal bloating, my PMS worsened (and I mean the angry kind of PMS), as did the pain both before and during my period. I started to develop pains in my hips and lower back that worsened during that time of the month, which spread up my back and into my shoulders. The irregularity and inconsistency of my period was also something I often worried about. I typically bled for at least seven days, buying and saturating overnight and maternity pads with blood clots on a daily basis. I was paranoid about bleeding out on my clothes and had sleepless nights because I was worried about bleeding all over the bed sheets and mattress. There are too many nights to count where I jumped out of bed because I felt a little too cold and wet, only to discover that I needed to rip off the bed sheets and get them under some water to make sure they weren’t going to stain.

I was constantly feeling tired and stressed, not because of school or work, but because my body was in stress mode from the imbalance of hormones and vitamin D and iron deficiencies I had because of losing so much blood each month.

For a long time, I thought this was normal.

Prior to commencing my year 12 studies, my mum was worried about my worsening condition. This was the first time I had sought medical attention for my symptoms. The simplest plan to put into action was to go on a contraceptive pill. My body spent most of my year 12 learning to adapt to the pill I was put on, but nonetheless, it did help to regulate me. 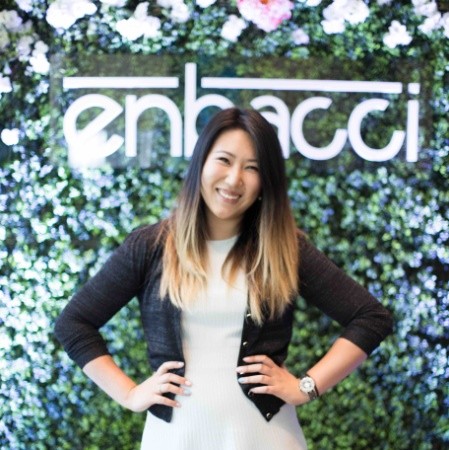 By the time I started my second semester of first year university, things started to change and the pill wasn’t working as effectively as it used to. After seeking advice from my GP, we decided to try another kind of contraceptive pill to see how my body would respond. About six months later, and with my usually oily skin now dry and flaky, and my irregular and heavy periods not any different, I decided that it wasn’t the right pill for me.

It was about this time that my mum went in for surgery. A vaginal ultrasound confirmed the gynaecologist’s diagnosis of endometriosis and she had surgery to have it removed. Given her diagnosis, my GP thought that it would be best for me to also seek advice from a gynaecologist. Endometriosis has strong genetic links.

After some routine tests, blood tests confirmed that I was definitely iron deficient and low in vitamin D, and my hormones were super whacked. An initial abdominal ultrasound showed that I had a polyp in my uterus and after six months of being on a new and really expensive contraceptive pill, my gynaecologist suggested I undergo a laparoscopy to find out what was really going on.

It was during that surgery in early July 2013, when I was 19 years old, that I was properly diagnosed with endometriosis. A laparoscopy is a day surgery. You go in in the morning and you are supposed to walk out late in the afternoon. I woke up cold and shivering – my body was in shock – and I could hear my gynaecologist’s voice telling the nurses that I needed to stay in the hospital overnight and be kept under observation as my surgery was a lot more intense than anticipated. My gynaecologist came to see me in my room and told me that I was one of the worst cases she had seen for someone my age.

I was told that all the endometriosis had been successfully removed from my uterus and surrounding area. In order to prevent regrowth of endometriosis, I was to remain on a really expensive contraceptive pill and went from paying $9 for a pack that would last four months to paying $90 every three months.

For a good three years, I believed I was endometriosis-free, but there were signs and symptoms that kept nagging at me telling me something was still not right. By the fourth year, I only had a week each month where I felt OK and pain-free. It was getting to the point where I had to take days off work because I had migraines and it hurt to move. The typical bloating and contractions were the least of my pains. The pain that would stop me in my tracks felt as if a long narrow knife, which was then twisted back and forth, had stabbed me. My bowel movements were becoming unbearable, and sex hurt. The tipping point for me was when I suddenly gained close to 10kg in just three months. Returning to my gynaecologist for my yearly check-up, I expressed these concerns to her and she suggested that perhaps it was time for another laparoscopy, despite my most recent ultrasound results coming up as clear.

So, in November last year, I had my second surgery where I also had a Mirena (a type of IUD) inserted to try and stop me from bleeding. After struggling to wake up after this surgery too, I didn’t need to wait for my gynaecologist to come and see me to tell me that the endometriosis had grown back. I was surprised though when she told me how bad it was. She expressed her concern about my fertility, suggesting that I needed to consider having children within the next two years if I ever saw them in my future. In my super-drugged-up state, the tears began to roll down my face as I stupidly asked her if I could push it to three. She told me she wouldn’t risk it.

I have an appointment in August to have the Mirena removed so that my soon-to-be husband and I can start making babies. I always thought that I would want children, but it’s not until you are put in a position where that may not be an easily achieved reality that you stop and rethink your priorities in life. Yeah, there are still plenty of places on my bucket list that I want to explore, and sure I’d like to be more financially secure, but as my fiancé said to me, we know a family is something we want, so what is the problem with bringing that forward a few years compared to not having it all.

What I want you to know about endometriosis

About 1 in 10 women suffer from endometriosis, many who don’t even know they have it. It often takes a long time to get a diagnosis, and this is mostly due to the normalisation of period pain – it’s a pet hate of mine. I have heard of people refusing to give their daughters pain=relief medication because period pain is ‘normal’ and should be experienced because childbirth is worse. Bah! Pain is immeasurable and differs from person to person. I have been told in the past that I can take Panadol, Nurofen, Naprogesic and Voltarin all at the same time to help with my pain. While I have never done that, I think it goes to show the amount of pain one could be enduring. There is often a sense of guilt and lack of resilience associated with complaining about one’s pain and when it comes to seeking pain relief. This is a mindset that needs to change. When it comes to a diagnosis, just because your internal ultrasounds come up clear, it doesn’t mean you are endometriosis free – that’s what happened to me. They can be superficial slippery buggers, which are undetectable.

I’m lucky enough to be in a socio-economic position to be able to afford the treatments I need to feel slightly less pain. I am also lucky enough to be able to work for myself and give myself the time and flexibility I need to get medical attention and time to recover. I look forward to the day where Australia might introduce menstrual leave (just as Japan, South Korean and Taiwan have), so that I can give my staff that same flexibility. I feel like with things like this introduced into our society, we are educating women about self-care. We are telling them that it is okay to look after yourself.

It’s almost as common as breast cancer and more prevalent than asthma and diabetes. It’s estimated to cost the Australian economy more than $7 billion annually and it’s a leading cause of infertility – but most of us don’t know much about it.

Endometriosis is where tissue similar to the endometrium grows outside the uterus, in the pelvic cavity and sets up scar tissue and inflammation. They attach to other organs too like the bowel, bladder, ovaries and fallopian tubes. It has been found everywhere in the body, as far away as the lungs and brain. Some women like Yong-Li experience excruciating pain, while others won’t and usually find out about the disease when it’s almost too late and their reproductive organs have been damaged. It’s not clear what causes endometriosis and it’s likely that there is no single cause.

Enbacci is donating 10% of all sales made until June 30 2018 to Endometriosis Australia. Head to enbacci.com – there’s never been a better excuse to shop!