Just Do It? Damn straight these women did. 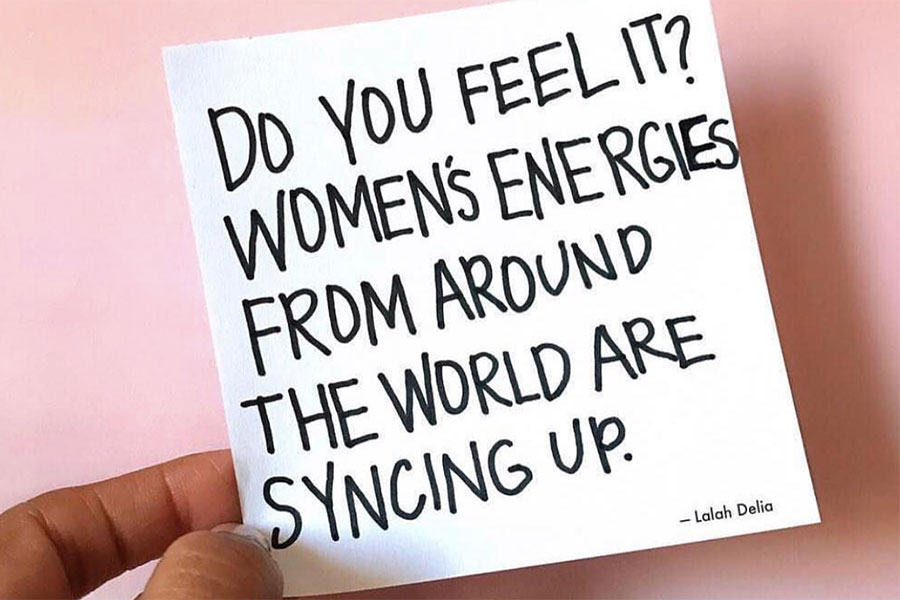 There’s been a major shake-up at Nike’s headquarters in Oregon.

Female employees at the world’s largest footwear and apparel company led a revolt after complaints about gender discrimination and sexual harassment went unchecked for years.

This included staff outings that ended in strip clubs, a boss who pushed his way into a bathroom and forcibly tried to kiss a female staff member, another who referenced a staff member’s breasts in an email to her, and an instance of a male manager throwing his keys at a female subordinate and calling her a “stupid bitch.” She reported it, he continued to be her supervisor.

Then there are the women whose career paths were cut short by being passed over for promotions in favour of less qualified men and excluded from the top-tier executive roles and leadership opportunities.

After three high-level female executives left the company last year and complaints to the company’s human resources department failed to receive any traction, staff took matters into their own hands.

A group of women covertly surveyed their co-workers on their experiences of sexual harassment and gender discrimination and dropped the results on CEO Mark Parker’s desk.

Less than a week later, the company’s president resigned – effective immediately, and five other senior men in power have also stepped down.

CEO Mark Parker made an announcement that he was restructuring Nike’s top leadership team, and appointing two senior women in pivotal roles. Kellie Leonard, its VP of global corporate communications of 15 years, is now chief of diversity and inclusion, and replacing Nike vice president Jayme Martin, who was let go back in March, is Amy Montagne (whose been at Nike for 13 years). This damage control demonstrates more inclusion and diversity is coming to Nike’s workplace, but for many ex-female employees, it’s a case of too little too late.

“Why did it take an anonymous survey to make change?” asked Amanda Shebiel, who left Nike in September after about five years at the company. “Many of my peers and I reported incidences and a culture that were uncomfortable, disturbing, threatening, unfair, gender-biased and sexist — hoping that something would change that would make us believe in Nike again.”

“No one went just to complain,” Ms. Shebiel added. “We went to make it better.”

In a company with over 74,000 employees, one could argue that CEO Mark Parker was unaware of the insidious yet rampant sexism. Or it could be that the corporate landscape has changed since the #TimesUp and #metoo movements. Women are realising and embracing their collective power. It’s easier for HR departments to dismiss individual instances of bias and sexism, but it’s hard to ignore thousands.

Just last week our CEO Olivia Ruello wrote about the disappointing barrier to female leadership that was revealed in the White Paper we recently published.

“I always cringe a little when I hear people say women don’t support other women, because largely, throughout my career, that just hasn’t been the case. But it surprised (and saddened) me to learn that lack of support from other women is one of the major challenges women face when it comes to leadership,” wrote Liv.

The responses from our community on Liv’s email varied from admissions of guilt for being that unsupportive woman at times to offering solutions. One of our favourite responses came from Premium member, Katia.

“I think there is a bigger picture in play and it comes from a limited mindset of scarcity,” Katia wrote. “We have come to believe that there will be a token woman (on a board or on a team or whatever the context). I think some women feel that if that ‘token woman’ is someone else, then it is not ‘them’. For some women it has become a badge of honour – ‘I am the only one in a roomful of men’ – particularly in the more blokey industries. This breeds a competitive approach and rather than celebrating ‘yet another woman’s success’, the judgment of ‘why wasn’t I good enough for that role?’ gets triggered.”

“The other thought that occurred to me is, just like how orphaned chimps don’t know how to mother, does the current generation of women know how to support each other? What does good actually look like? I don’t have the answer but I think we really need to direct our attention to expanding the mindset of women for success and teaching them how to support each other.”

We don’t have the answers either, but this group of women at Nike is a damn good example of just how exciting the future of our workplaces can be when we support and champion one another for equal rights, equal pay and more seats at the table.

Let’s all make like those Nike women and Just Do It, yeah?

Why The Force Has To Be Female