“The steps I still use in my new business, and I used to nourish the world’s best performing brands.” 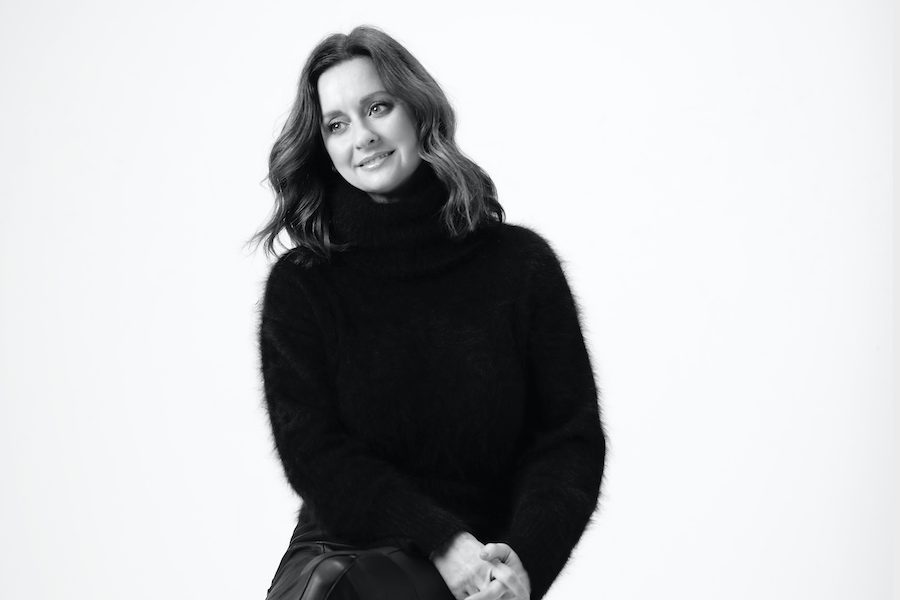 I was living on air and probably had zero dollars in my bank account when I started my PR company Torstar two decades ago. But what I did have was faith in myself, and this is my first powerful step to make clients fall in love with you.

My goal with Torstar was to have a founding client with a marquee name, but along with lack of money I had no relationships in media or anywhere else. So I contacted a marketing company I’d worked with in London on a working holiday. They’d opened an office in Sydney and they said a job had just landed and hadn’t been filled.

Could I write a press release that day as an example of my work? Could I just!

My entire life I’ve been an avid reader of Jackie Collins novels so I knew how the narrative went: eager young thing with bouncy hair and gumption as her best assets gets a shot at a big job, comes up with a great idea, lands the gig and rockets to fame and fortune.

I whipped up my first ever press release, hopped on a bus and faxed it off. I got the job—to launch Megan Gale as the face of David Jones.

I travelled around Australia with Megan, slowly but surely building a base of media contacts. Some of which proved harder to crack than others, and here’s where my second powerful step to attracting business kicks in.

Do not be afraid of the word no. Be tenacious and persistent.

With Megan and DJs in my corner, I was starting to have luck cold calling media to drum up interest. But the one journalist I wanted to connect with—at New Corp’s Sydney Confidential, which was then the number one place to land celebrity news—kept hanging up on me. I’d ring: “It’s Tory from Torstar.” “Who?” Clunk. I’d ring again.

Then I switched my approach because I knew David Jones had a massive ad spend with News Corp. I sat back and waited for them to call me. When they did, I pulled together a strategy with the biggest media company in the world for my founding client.

The third powerful step? Always work within your value set because it will make your brand name stronger and of course other people will hear about the magic you create and want to work with you too.

My top three values are passion, integrity, delivery and they attracted my second client off the back of David Jones. Bulgari hired me to launch their Allegra collection, and I rang up Alex Perry and asked him to dress Sophie Monk as Marilyn Monroe.

She was just starting out in her career and she looked incredible in an Alex dress and the Bulgari jewels. Guess what? Alex Perry became another client because he liked that I always stuck to my values. It was like dominoes falling: soon I was working with every major fashion brand in the world.

Zara was one of them—Torstar was hired to launch the Spanish brand in Australia in 2011. This amazing experience taught me the fourth powerful step to attracting clients: the customer really does come first.

Zara taught me so much personally and professionally. They contacted me to see if I was interested in doing the Australian launch for what was the most powerful retail brand in the world, and I met with them in Sydney before going to LA to set up Torstar’s US partnerships.

I was there at the Hotel Mondrian when Zara let me know I had the account. Because guess what, our values were aligned.

We had only six weeks to launch and I was in LA for almost two of them, working across three time zones with Zara in Spain and my Sydney team in Australia. I got home and got stuck into the most extraordinary experience with the best of the best.

Working with Zara is like being in a glitter cannon of creativity, discipline and vision. They know that above all, the integrity is in the detail. Everything, right down to the size of the food being passed and even the size of the napkins that went with the food, had to be perfect.

You ever measured finger food? With Zara you had to—that’s how committed they were to giving the best experience to the customer.

We weren’t allowed to open the doors until they had signed off on every tiny thing. And their total commitment made me determined to deliver them the very best experience.

That day, we had 22,000 people come through the Zara doors and apart from having to post guards around the mannequins because people were tearing clothes off them, it was smooth sailing. Until I tried to find the chief comms officer to get him to do TV interviews with international networks.

I eventually tracked him down. He was behind a counter, serving people and unpacking boxes. I said, “We have CNBC waiting.” He didn’t miss a beat: “No. The customer comes first.”

Can you imagine? The face of the company was too busy ringing up dresses at the register to do media—and I loved him for it. Without doubt he is one of the best communication leaders in the world as he understands and appreciates that his customers will always come first.

It was a great reminder. Get the small things right and the big things will follow. Lead from the front.

The fifth powerful step to make clients to fall in love with you is to trust your intuition. It won’t always work, but you are the captain of your ship and need to go with what feels authentic to you, be it who you work with or decisions you make.

I worked with Nespresso from when they were a 12-man team working from a crowded boardroom in North Sydney – a reflection they were growing fast.  Every year they trusted me with their biggest brand launches. Then came 2013 and I had engaged a special events genius to create an incredible launch—but somehow it wasn’t cutting the mustard with me.

We were ten days out from the launch. Probably past the point of no return. But I knew the creative was wrong and I told them. Because of my adherence to powerful steps one, two, three and four, they knew I wouldn’t say it unless I believed it.

My vision? We needed a moment nobody would expect and I wanted to have a big bathtub filled with milk, and the dancers to come out of the frothy milk as they drank their coffee – we were after all selling a coffee machine which frothed milk and the creative had failed to make this point clear! Nespresso gave me the green light.

It was such a cool event. I hadn’t seen The Morning Show’s Larry Emdur for a while, he hardly goes to anything, and that day he asked if he could keep his car and driver waiting for a while because he didn’t want to leave.

I didn’t want him to go home either. It was a great party and one of the last big ones I did before I founded Powerful Steps. All the powerful steps I’ve shared here I still use all the time in my new business, teaching CEOS and entrepreneurs the same strategies I used to nourish the world’s best performing brands.

They work. Try them. Let me know how you go.

Want more from Tory? Join us on Wednesday 18 November for Tory’s Masterclass Online all about the power of attraction. It’s free for Premium members and a small fee for non-members and you can tune in live to ask questions or watch the replay later. Don’t miss out!