“Don’t wait for others to decide your life – not a husband, not children, and not convention. You decide.” – Gloria Steinem. 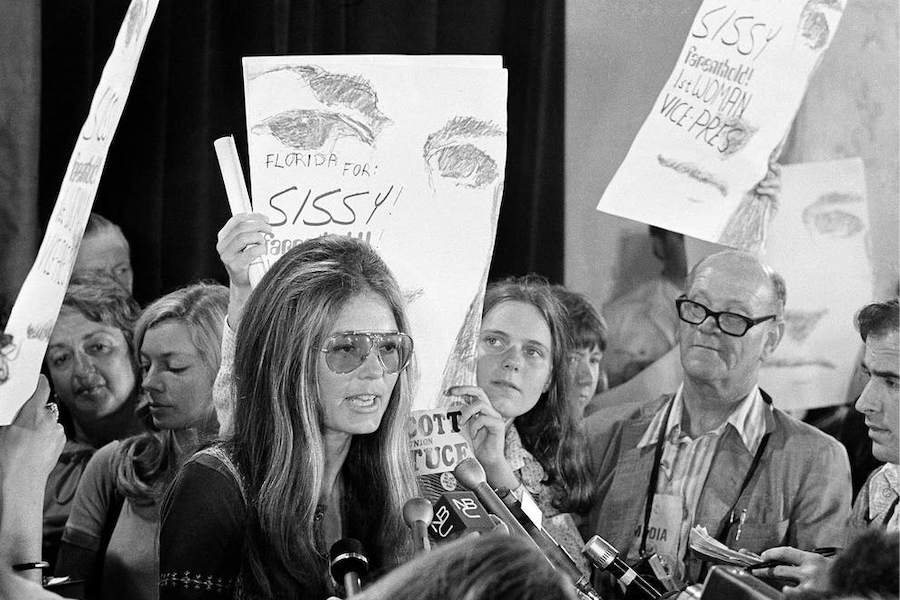 Very few people in the world have been quoted as much as writer, lecturer, editor, and activist Gloria Steinem. For decades, her words and philosophies have resonated and defined generations of women. Her latest book, The Truth Will Set You Free, But First It Will Piss You Off! is a collection of her anecdotes, witticisms, and powerful one-liners.

At 85, Gloria is as sharp as ever. On the day we speak, she’s already endured a full day of press interviews, but you wouldn’t know it. She’s witty, passionate and laughs easily.

We dive straight into the topic that has defined her life’s work, you guessed it … feminism. “It took me a while to realise I was living out the unlived life of my mother because I didn’t know what her life could’ve been,” Steinem says of her mother who gave up her journalism career by the time Gloria was born. “This phenomenon is diminishing in our own lives but it’s still with us.”

“We have not yet had the revolution in the house that we’ve had out of the house. Until men are raising children as much as women, women won’t be equal in the outer world.”

In 1968, Steinem was the only female staff writer at New York Magazine when it launched. As the “girl writer” she soon realised she needed to stay out of the office, except for editorial meetings and filing stories, otherwise, she’d be asked to type and make phone calls. Three years later as the women’s movement exploded, it became clear there was a need for a feminist magazine. In 1972, Steinem co-founded Ms. Magazine and remained one of its editors for 15 years. When I ask about what those early editorial meetings were like, Steinem said, “we had all been writers and editors at other magazines, but we had all been restricted to writing about beauty or food or fashion and only sneaking in one article per issue.”

“So it was a great luxury to write about what interested us,” Steinem said of her time at Ms. Magazine. “And to discover trends too. In Ms. magazine we wrote about women waiting until later to have children, and about erotica and pornography, which were not the same thing.”

“In a way, the very best experience was to publish letters from readers because they came in by the thousands, and they were so moving and interesting and irrefutable as evidence as what women’s lives were.”

“For instance, in the very first issue of Ms., we followed the example of women in France who signed a petition that said, ‘I had an abortion’. They collectively repealed the criminal right to have an abortion, a movement which was led by Simone de Beauvoir. They had already done it, so we were determined to do it too.”

“Of course, it was illegal and criminal and that was very satisfying, to tell the truth, and be supported in telling the truth.”

Steinem has lived through many iterations of the feminist movement, from liberation in the 1970s to the post #MeToo world we’re living in now. Buoyed by the progress that has been made, Steinem is quick to remind us that once, sexual harassment was just called life.

“The term sexual harassment came about in the 1970s when women at Cornell University were trying to describe what happened to them at summer jobs,” Steinem explains. “They coined the term to speak out about it.”

“Catherine MacKinnon [the US feminist and lawyer] argued that sexual harassment in the workplace is sex discrimination and wrote it into the law we know today.” 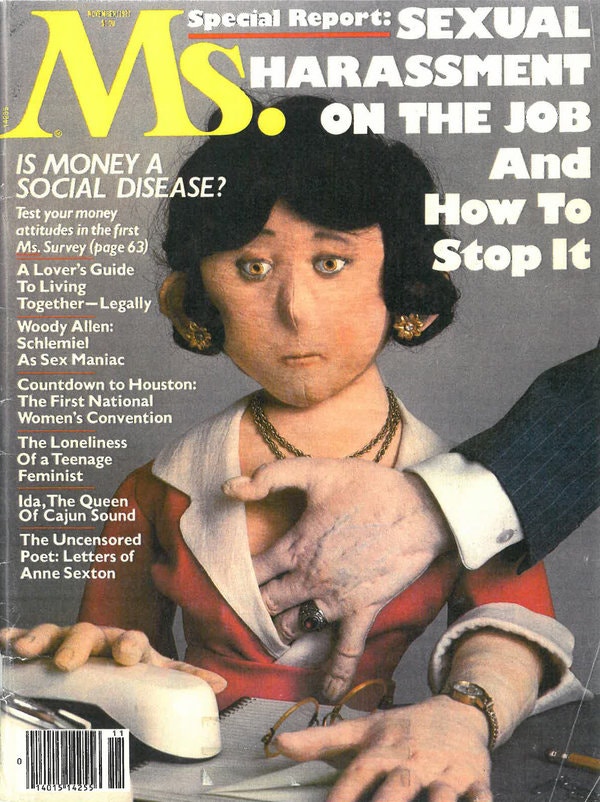 “When Ms magazine did a cover story about it, we used puppets because we didn’t want to be too shocking but nevertheless, we were pulled off newsstands in supermarkets because it was unacceptable for a women’s magazine to talk about sexual harassment. Can you believe that?”

“From there you see the progression to now the Me Too movement and speaking out about sexual harassment and sexual assault is a maturity possibility in pretty much every country now.”

In her new book, Steinem says, “I’ve seen enough change to know that more is coming,” but given she’s been involved in moving the needle for over 40 years, is she ever frustrated that change is taking so long?

“Ha! Of course, every day. But what makes it infinitely rewarding is being part of a movement with a shared vision and the feeling of a chosen family. We understand each other, and it’s interesting and rewarding to try to think about how to change a particular situation.”

Moving the needle forward is a slow game, but one that Steinem sees as an inevitable and logical conclusion.

“If a woman spends a year bearing and nursing a child, why isn’t a man responsible for spending half the time plus another year raising the child? Logic is in the eye of the logician.”

“Most women are one man away from welfare. If there are children in a household, many women still can’t earn enough to support the family. This is not blaming women, it’s blaming a system that still pays men more.”

Moving on to women in power, Steinem says that Australia, New Zealand, and Scandinavian countries are all ahead of the US in showing that women are natural-born leaders.

There’s still no right way for a woman in power to be. Australia as a nation certainly experienced it several years ago with our first female Prime Minister, Julia Gillard, and we’re seeing it in US politics today. For women in power to become the norm, Steinem believes that once we see it consistently role modelled in our everyday lives it will become the norm.

“In the beginning, women in power were there because of their families. Say in India, Indra Gandhi probably wouldn’t have been Prime Minister if she had a brother. But she did help normalise the idea of women in power. As did women leaders in Sweden and Iceland and Israel, who we began to see and to witness as national leaders.”

“I think we won’t be completely there until men raise children as much as we are, because we still associate female power with childbirth and childrearing. And that means that some men feel regressed because the last time they saw a powerful woman they were a child or a teenager. So it’s going to take a while.”

We’ve seen women coming together in a big way over the last two years during the highs of the Me Too movement, but, generally speaking, women haven’t always backed and championed each other in the workplace, and many would argue they’ve experienced first-hand the complete opposite.

“We have often been made to be competitive because there were only one or two spots for women and then we had to compete for them,” explains Steinem. “And not only do we live in a patriarchy sometimes the patriarchy lives in us. It’s the tall poppy syndrome. We internalise the values that have been imposed on us and we have to keep reminding ourselves that the success of other women helps us all.”

When it comes to building a successful career and life, Steinem has an interesting philosophy, “Work is not a four-letter word.” Steinem argues that there are few things in life as exciting as discovering we can do something that people value.

“If we’re lucky enough to find work that we love, we inherently we know we would do it whether or not we got paid. This doesn’t mean we stop fighting for fair and equal wages, but we know we’re in the right place when we can’t tell the difference between work and life.”

Much of Steinem’s work has been driven by the motive to make the invisible visible. Despite the many accolades and awards (including the Presidential Medal of Freedom awarded to her by President Obama) she’s received, Steinem says the biggest and deepest reward is when “someone I don’t know stops me in the street or stops me in a bookstore and tells me something I wrote helped them. That’s the best reward.”

As one of the most prolific activists of our time, I can’t help but ask what she thinks about the impact she’s had and the legacy she intends to leave.

“It’s my punishment to answer that question because I used to ask that of people I interviewed,” Steinem laughs. “I can’t predict or control that at all. I just hope there is some idea that I had a good heart and tried to leave the world a little more kind and just than when I showed up.”

To get to 85 years old and know that you couldn’t have done life any better surely has to be the best end goal there is. Steinem’s illustrated anthology is full of reflections on the topics that matter most to women now; consider it a must-have for your bookshelf.