“As soon as I arrived at reception for the interview, I knew I had made a mistake.” 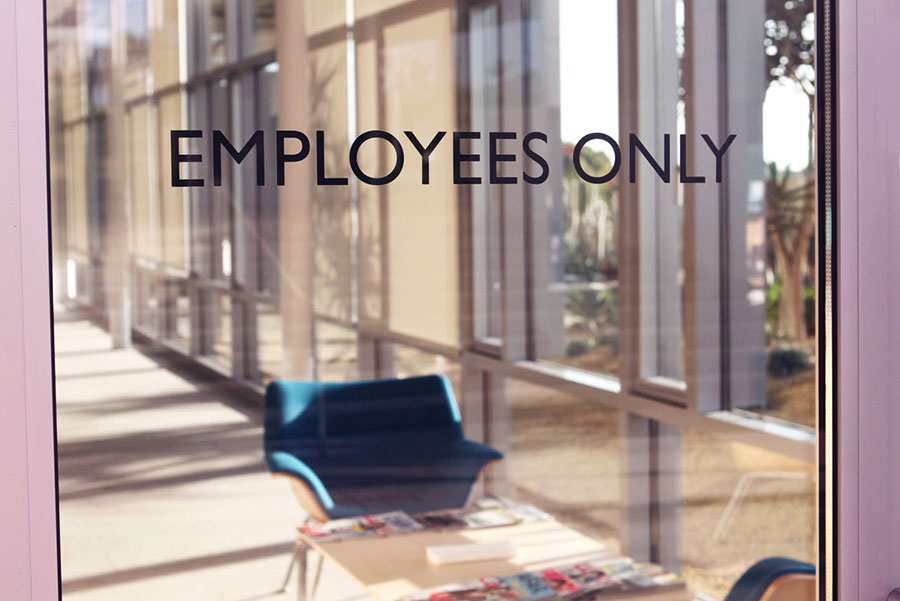 I was excited because I think I’m funky and cool enough with enough good experience for such a role, so I amped up my fashion for the interview. I put on this bright red glossy Zara blouse with a multi-coloured paisley print, and large cuffs finished with diamanté buttons. Even as I’m typing this, I know you can see the problem.

To start with I wore a “blouse.” My next mistake was to team the blouse with my navy blue pants with large cream coloured spots and a rectangle of gold sequins at the waist. And my hair was pink. Add a top hat, and I would have more success securing a ringmasters job at a circus.

As soon as I arrived at reception for the interview, I knew I had made a mistake. Not just because I was dressed like an overstimulated clown when everyone else was dressed like they were attending a muddy musical festival in the English countryside, but because there was an ice-cream party underway. “Hiya!” said the receptionist. “Would you like an ice-cream while you wait?” “No thanks,” I said, smiling even though I love ice-cream. I always drop food on myself and didn’t want to get food on my clown outfit. I also don’t think it’s a good look to eat during an interview.

When the “Talent Acquisition” person turned up to greet me (dressed in grungy shorts and a t-shirt), she happily helped herself to a cup of ice-cream and added various sprinkles before we went to find somewhere to talk. She ate ice-cream and typed on her computer during the interview. I suspected she was on Facebook the whole time, but I have learned recently that only old people are on Facebook.

When she ushered me back to the reception, one of my diamanté buttons fell off my Zara blouse, which I took as an omen. Later when I got the feedback that I had been unsuccessful in securing that job I was told that I didn’t have the specific experience they were looking for even though she never asked me about that experience and there was no opportunity to even tell her about that experience. I sewed the button back on but haven’t worn that Zara blouse since.

My next I-somehow-got-old experience was another interview with a food delivery “start-up” with over 900 employees in Asia. We met to “chat” in a Starbucks because they don’t have enough room in their offices. I was interviewed by a delightful body-building, tattoo-covered denim-clad man who had worked for a collection of other start-ups for less than 12 months on each occasion. He had worked for the current startup (with over 900 employees just in Asia) for a month. His slightly built wing person was a dutch “tech” talent acquisition-er who has lived in Singapore for two weeks and was on her second day with the company. Both were wearing sneakers. With the dressing like a clown experience fresh in my mind, I toned my dress down to skinny black pants and a black top and a long back and white vest. I was still overdressed.

I was asked if I would like a coffee and something to eat which I declined because I was wearing white ,and I don’t need to eat or drink during an interview or a “chat” as it turned out. My fellow chatters were happy to consume their grande soy matcha lattes while we chatted. The chat consisted of learning about the start-up company (which is clearly not a start-up) and asking my opinion on various topics tenuously related to the job being recruited.

I did not get this job either. I had to chase the talent acquisition people to actually tell me that though.

I have had a few other experiences (not interview related), but they will only prove how misguided I have become in the world. The only bright spot in this whole story is my husband pointing out the reason that most start-ups fail because they work in co-working spaces where they play ping pong, sit on bean bags, drink beer and eat ice-cream. They don’t have time to make the business a success!

Lisa Mulligan is a Premium member and a pragmatic and driven Human Resources Director with international experience. She lives in Singapore with her husband and two sons. When not competing (badly – her words not ours!) in triathlons, her passion and focus is developing leaders and building great businesses. She also writes a career development blog that you can follow here.

Read next: What Emma Isaacs and 4 other female leaders ask job candidates in interviews