Advice on how to think bigger, go harder and activate change (from women in the know) 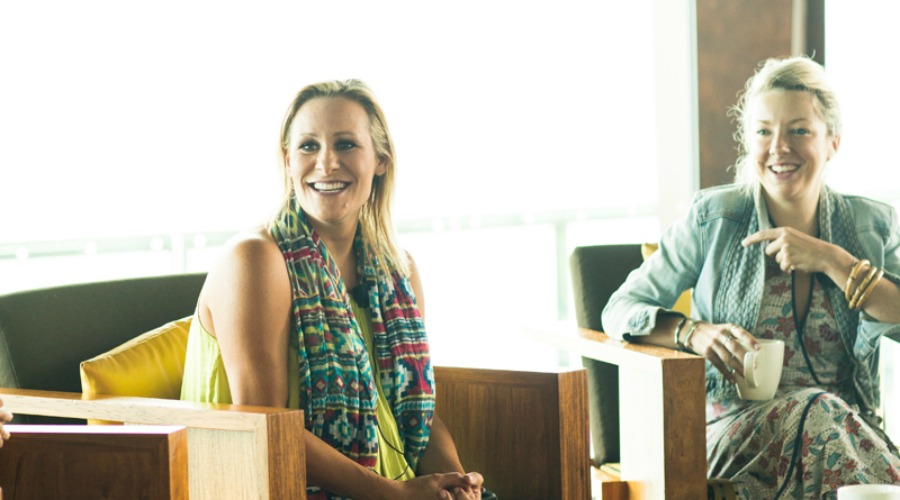 Lola Berry is a leading Australian nutritionist, yoga instructor and author. Lisa Darminin is an Australian Olympic sailor, Emma Carney is a world champion triathlete and Emma Isaacs is the Global CEO and Founder of Business Chicks.

Over one hour, these four powerful women talked about their lives, their careers and their best pieces of advice they have on how to think bigger, go harder and activate change.

Here are some of the top lessons we took from the session, which was run as part of Hamilton Island’s Active Women’s Weekend (and a big thanks to Kara Rosenlund for the pics):

“I think following on from the themes we spoke about this morning, it’s really about having a go and not necessarily having all the answers. You may not know how it’s going to go, but it’s about diving in and just giving it a shot”

Lola Berry on finding your purpose: 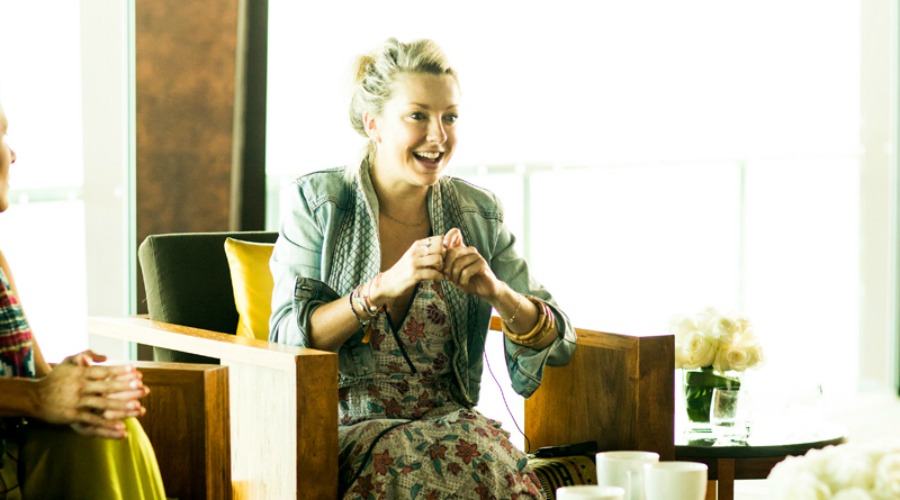 Emma Carney on the one thing she wants every woman to know about activating change:

“Don’t under estimate yourself. Don’t think that anything is impossible because why would someone like me, who just liked being fit, end up being the best in the world at one of the craziest sports? Don’t underestimate what you can achieve.”

Lisa Darmanin on being told she wasn’t strong enough: 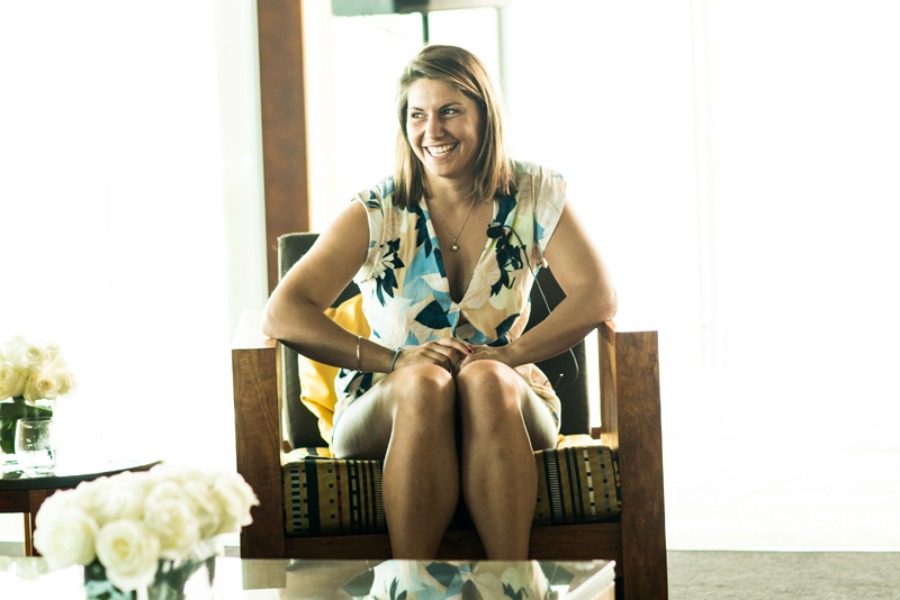 Lola Berry on why being part of a media storm was actually her career highlight:

“It taught me who was real in my life and who wasn’t … I could tell you on one hand who had my back.”

“The coolest thing for me was that I don’t take anything for granted in my career any more. I’m not complacent. I’ll go into a meeting now and I’ll back myself because I’ve seen how quickly you can become uncool and how quickly multi-thousand dollar deals can be stripped away. I kind of go in with a fearlessness. Now I only have five close mates. I don’t have fake mates. I don’t have Insta mates. I kind of stay in my own little world and I’m happier as a result. So for me it made me realise that I only want real cats in my life and it was a really good lesson in that. And I believe I’m stronger as a human personally and professionally as a result of going through that.”

Emma Carney on what losing her sister taught her:

“Jane had a little girl and the pregnancy brought on cancer. So she had no idea she had cancer until 10 days after little Zoe was born. Jane only lasted five months – she was given a year – so she left behind a five-month old … I didn’t realise cancer was quite as bad as it is when it becomes aggressive. It kills the body but leaves the mind. She said to me: ‘I wish that when I could have, I didn’t think I was fat or ugly or useless.’ That really struck home. She said, ‘I don’t care if I’m fat and ugly. I just want to be alive.’ And that was really heartbreaking losing Jane like that and maybe that’s why I’m now studying law.” 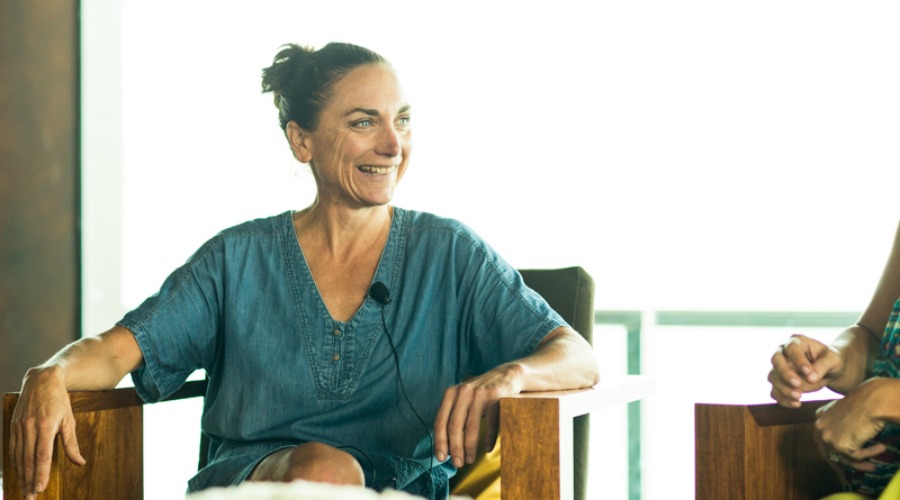 Emma Isaacs on supporting the sisterhood and encouraging other women to be successful:

“I think it comes back to exploring how we’re looking at other women and our relationship to them. The sisterhood starts at a level of the individual and it’s about watching the way we speak to other women, watching the way we speak to ourselves, and watching the conversations we have about other women. So it’s all wonderful to be part of a huge sisterhood like Business Chicks – there’s nothing more empowering – but I think we also have to watch our own monologues. It starts with your friendships and with one and other. It’s backing someone else and saying, ‘I completely believe in you and I want you to succeed’ and dropping the whole competition thing.”

“If you set out on a day and you say ‘I want to achieve this today’ and you get home and you’ve achieved it  – give yourself a little high five and be happy with that. It’s really easy to drill ourselves into the ground.  You consume a lot of energy thinking about where you’re going to be and where you want to be, but what you really need is to use that energy to be better every day. And I think it’s okay to have time off. And that’s something that was really hard after the Olympics … It is the balance in terms of working when you need to work and enjoying life when you deserve to.”

Emma Isaacs on what inspires her to keep going:

“I think it’s a want and a need to learn and to grow. And each of us sitting here share a similar life; we want to inspire others and find inspiration through that for ourselves. For me it’s really about encouraging women to play a bigger game and to try and find possibility in everything that they do.” 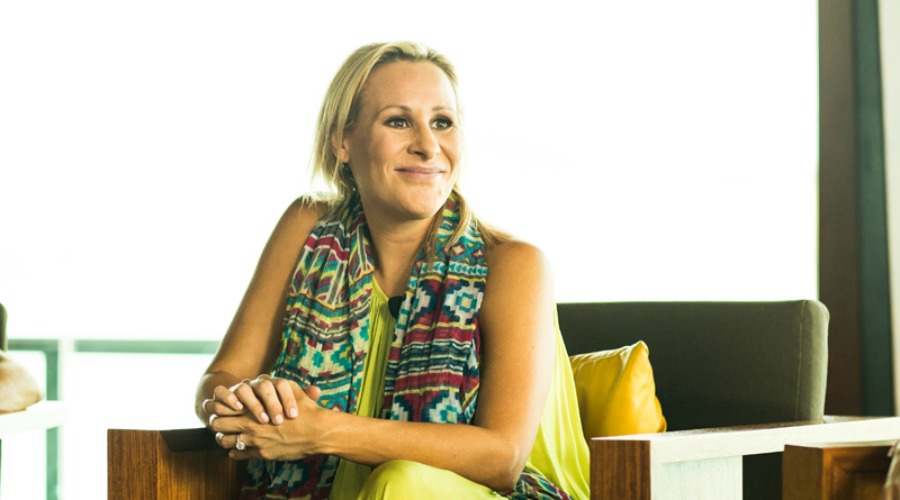 Lola Berry on dropping the guilt:

“We are women and our bodies are literally designed to go up and down four kilos a month so don’t freak out. We get really hard on ourselves and we get really emotional around food. If I can give anyone one piece of advice around wellness, it’s literally drop the guilt. If you want to have a chocolate bar, have a chocolate bar. But if you have a chocolate bar and then all the next day think ‘I can’t believe I did that to myself,’ you’re working yourself into a negative mindset … The best thing you can do is to eat real food whenever you can and just drop the guilt around food. Wellness and health is way easier than you think.”

We’re lucky enough to be holding our annual Movers and Breakers conference at Hamilton Island this year from October 26-29. Over four days, we’ll bring 100 Business Chicks Premium members together with some of the greatest thought leaders in Australia … and there might be some cocktails too. See you there? Hope so.