Everything you missed from Day 1 of 9 to Thrive

Everything you missed from Day 1 of 9 to Thrive

Get ready for some serious FOMO. 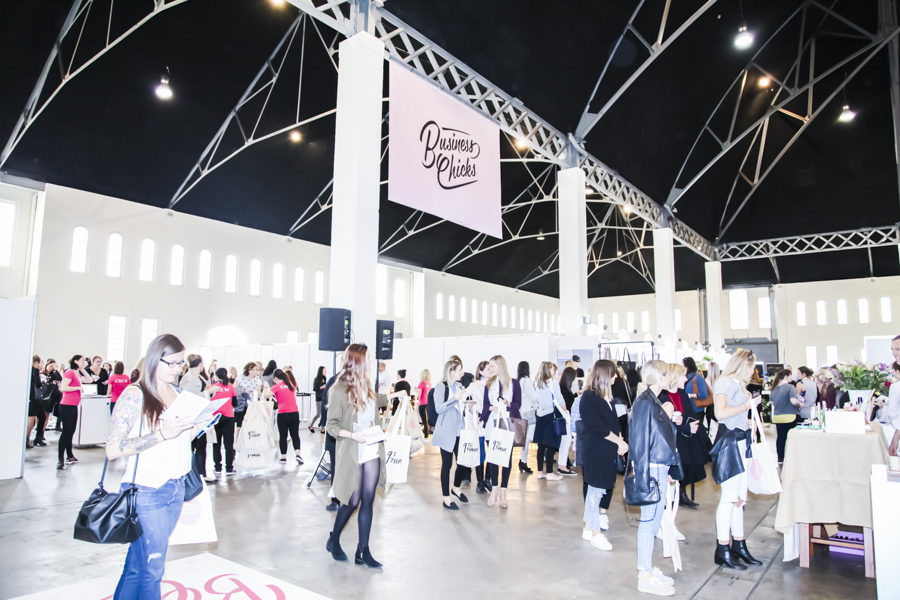 Couldn’t make it to 9 to Thrive in Sydney this year? We’ve got your back!

We’ll be updating this post in real time throughout the day, so if you’re joining us from home or in the office, you won’t miss out on any of the fun. Well, we can’t promise you won’t experience some serious FOMO!

9:15 am One of our favourite females on the planet, Shelly Horton is back as our emcee again this year.

Shelly kicked things off with a huge thanks to our event partners, Truvee, Toyota, and our supporting partners King Living, Realestate.com.au, and Australia Post. It wasn’t long before Shelley had the crowd on their feet with a 20-second dance party to Pharell’s Happy.  We’ve heard a rumour this won’t be the last 20-second dance party of the day!

As a mum to four-month-old Gracie, Liv is right now living the motherhood/career juggle. She told the crowd, “If you see a woman on her own, and feeling a bit unsure about herself, please go and say hi. Please make new friends and welcome them into your fold. These connections are what we’re all about here at Business Chicks.”

“Most of all I want you to have fun today, and learn something that you didn’t already know before. Please go and soak up all this Business Chicks magic. Let’s do this!”

9:30 am PANEL SESSION: THE JUGGLE IS REAL 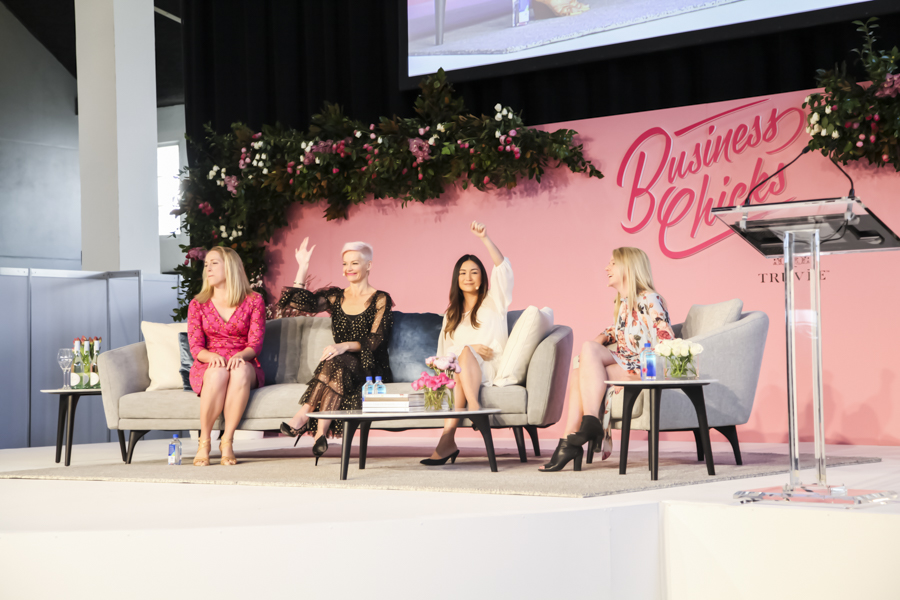 Does balance really exist? How do you do it all? Do these two questions make you want to stick chopsticks in your ears? Us too. Justine Cullen, Jessica Rowe and the Managing Director of Twitter Australia, Suzy Nicoletti talked about why work and parenting are always a juggle, what happens when the wheels fall off, and why no one ever asks how the working dads ‘do it all’ and they had some damn refreshing things to say.

We learned that Jessica Rowe’s husband, journalist Pete Overton, does canteen duty and that all our panellists have had parenting moments that have made them hide in the bathroom, cringe at the hairdressers (nits) or feel absolutely overwhelmed.

“Most days are crap!” says Jess Rowe when asked about her juggle. “But I say that in a light-hearted way. I think it’s so exciting to see a room full of women here, ready to share stories. Most of all we need to be real and share these moments with each other.”

“The real down parenting moments for me usually involve bodily fluids,” Justine adds. “You know, I think I have it together, and then someone vomits on me, or I get nits. Or I’ll have a Weet-Bix handprint on my clothes.”

Being US-born means that for Suzy and her husband, they often rely on outside help with their juggle.

“There is help, and then there is good help,” she says. “We have daycare and we also have a nanny. But what’s most important is that we have conservations about whose career is where, and sometimes mine comes first and sometimes it comes second. It’s a constant shift.”

Justine Cullen agrees: “We need to empower fathers. I’ve known mothers to leave a 10-page document on how to keep their kids alive. Let fathers keep them alive. Let’s treat them like equals at home.” 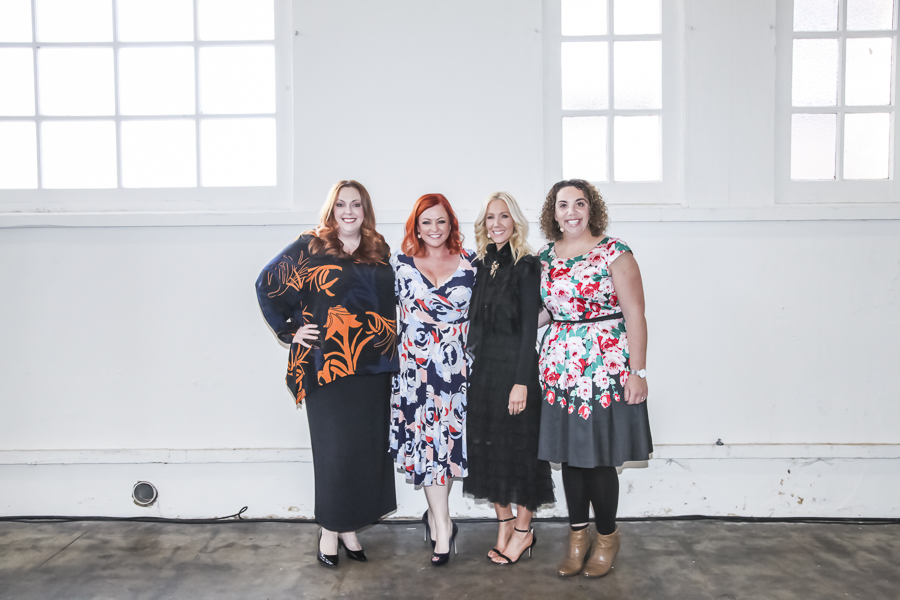 Many people will know that Megan Hess got her big break from illustrating the cover of Candace Bushnell’s Sex and the City, but you wouldn’t know that the night before she got that big break, she thought she would never make it as a fashion illustrator.

“I was working on every single thing that came along, from small jobs to horse manuals,” says Megan. “Ha, yes! I worked on a 365-page horse manual that took 8 months to illustrate and when I finally handed it into the publishers, they said it wasn’t going ahead.“

“That night, my phone rang. It was a New York publisher who said Candace Bushnell wanted me to illustrate her cover and all her covers. That was the moment that everything changed for me.”

When the talk turned to imposter syndrome, Nicole Eckels from Glasshouse confessed she had no idea how to make candles when she started, “I thought it would be really easy – it’s not.”

I had this ‘oh shit’ moment where I had to improvise, and that’s when I put two wicks in, which has turned out to be a brilliant move!”

She added: “You have to fake it to you make it. I have. Absolutely.”

Entrepreneur Mandi Gunsberg has had many successes in creating her parenting website, Babyology but none more than when the Prime Minister, Malcom Turnbull came calling.

“The Prime Minister called me and asked if I’d interview him above all other publishers. Ahead of Fairfax and News Limited. It was when the child care changes were going through, the phone call led to a live chat and we got 100K views on it instantly. That was a real high.” 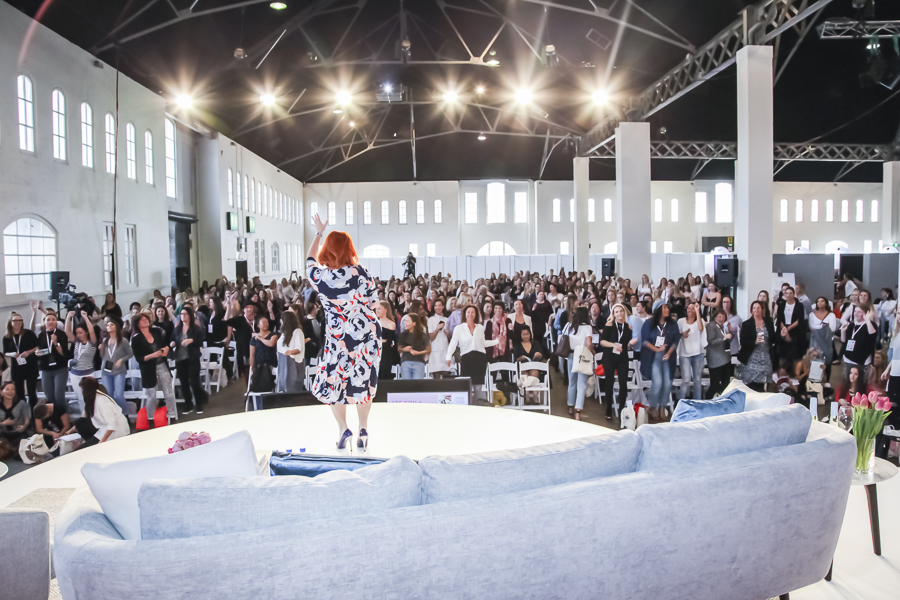 This time emcee Shelly Horton gave away a $200 Westfield voucher to the Business Chick with the best moves. The competition was tough. 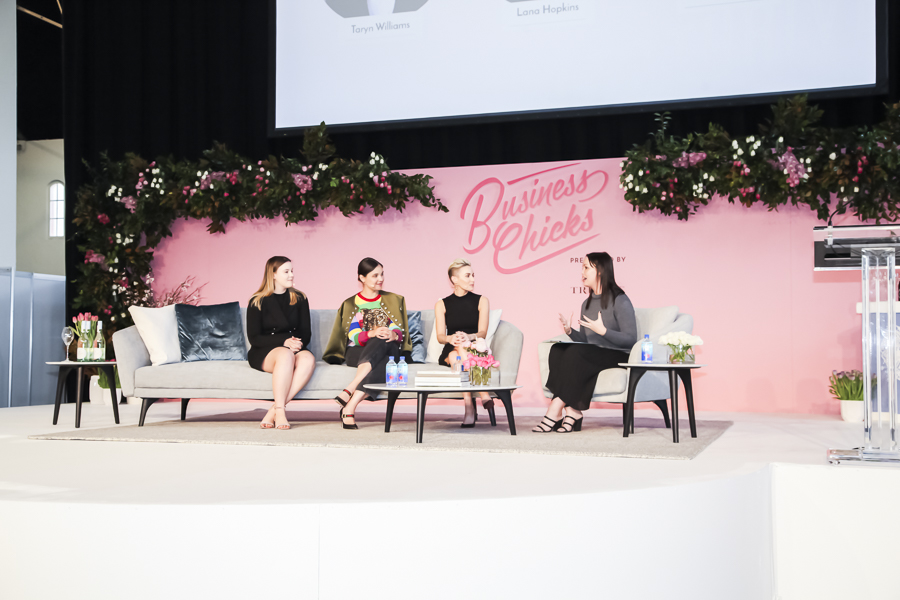 These three Gen Y’ers are proof of that your age has nothing to do with your ability to run a successful business. Over 30 minutes, Lana Hopkins from Mon Purse, Briella Brown of Your Closet and Taryn Williams of The Right Fit talked about why they started their businesses, what they learned since, and why building a business could be the best move you ever make.

Good ideas can come from anywhere, and it was a Build-a-Bear workshop where entrepreneur Lana Hopkins came up with the idea for her brand, Mon Purse.

“I was trying to find a black handbag at Westfield in Bondi Junction and couldn’t find what I wanted anywhere. I was feeling deflated when I walked into Build-a-Bear to get a present for my nephew. And I thought, why don’t we do this for bags?”

It was the drama of finding a formal dress that gave Briella Brown the idea to start Your Closet, which received a massive kickstart from last year’s season of Shark Tank.

“Going on Shark Tank really forced me to learn about all the metrics of my business so I didn’t embarrass myself on tv,” says Briella about preparing her pitch for the tv show.

CEO and Founder of The Right Fit and WINK Models, Taryn Williams had this advice for anyone thinking of starting their own business.

“There’s never a good time. Don’t put it off until your kids are in school or your husband has a good job. You just have to start. There isn’t going to be a magical sign that tells you to start, you just have to do it.” 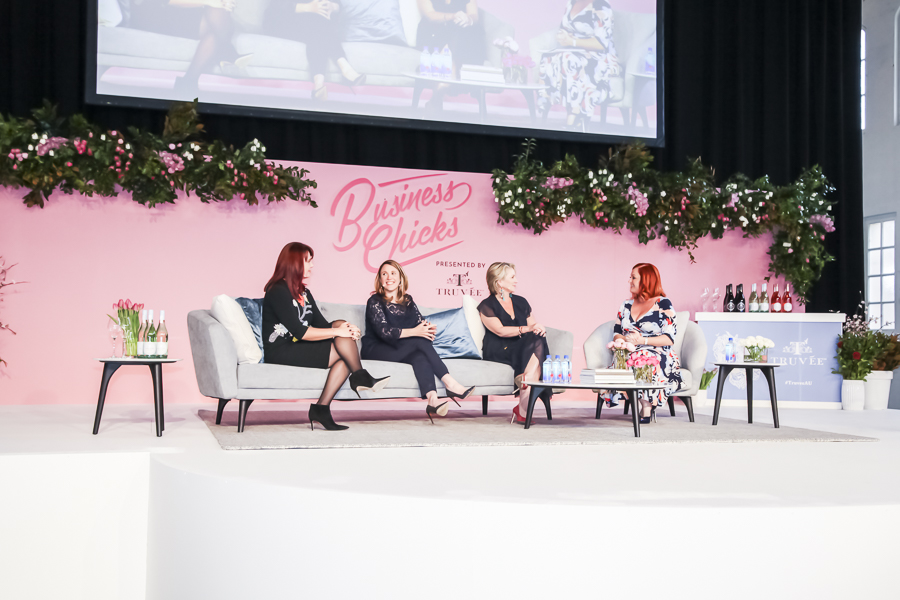 Google the word ‘CEO’ and you’ll be met with endless images of men in suits. But not if we have anything to do with it! Business Chicks CEO, Olivia Ruello, Barb de Corti from Enjo and Jo Hannah of Total Face Group are proof that you don’t have to wear a suit and tie to lead a successful business, they talked about the value in female leadership, finding purpose in business and the part we can all play in getting more women into top jobs.

When asked if she expected to be where she is today, Jo Hannah said: “I actually don’t tell people what degree I have. I was told to do the subjects you loved at uni, and there was no talk of what you did after that.”

“I really wanted to be a doctor, but I have a degree in Meteorology and Glaciology because I love geography.”

“You really don’t know what the future holds. I had no idea what I was going to be when I was young – aside from being a weather girl because that’s all I thought I could do with geography. “

“You’ve just to be ready for the opportunity when it comes along.”

“I wanted to be a human rights lawyer and save the world. I had this very strong sense of justice and fighting for what I believe is right. My team can attest to that.”

“Then I got really sick, and it didn’t work out as I had planned. But it’s saying yes and working out how you’re going to do it later.”

For Enjo CEO, Barb de Corti it was more that she wasn’t suited to the corporate environment.

“I was unemployable,” she laughs. “I knew from a young age what I wanted in life. And what I didn’t want. It was never about what I don’t have.”

“Not to ask or work for what is truly yours, is dis-servicing yourself.”

“If you have failed in something, or won at something, own it. This is how we grow as people.” Barb de Corti #businesschicks #CEO #9toThrive 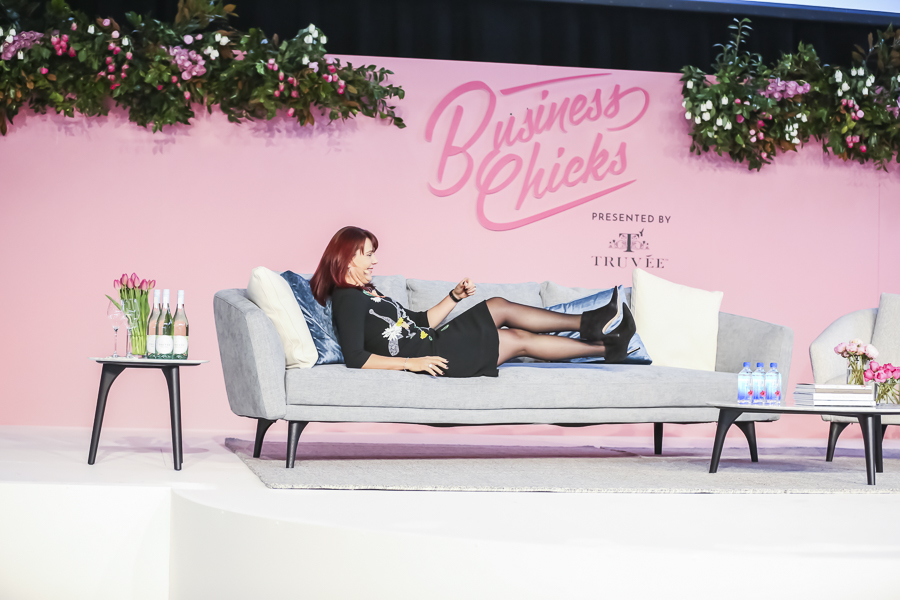 CEO of Enjo, Barb de Corti owning it on stage.

They say should never measure your worth on the number of ‘likes’ your social media posts you receive … Unless you’re one of these three women. With over 2.5 million followers between them, Celeste Barber, Taline Gabriel and Eleanor Pendleton are some of most popular Instagrammers and we asked how they got there, what they’ve learned and what life really looks like when you’re Insta-famous.

We’ll be back tomorrow to do it all again … see you there?

A special thanks to our digital media partner Pedestrian Jobs, our radio partner Smooth FM, and to our AV partner Staging Connections. And lastly, our annual platinum partner Commonwealth Bank Women in Focus and silver partner The Telstra Business Women’s awards.
Share this Post