One of Australia’s most successful female entrepreneurs has swapped tech for chocolate. 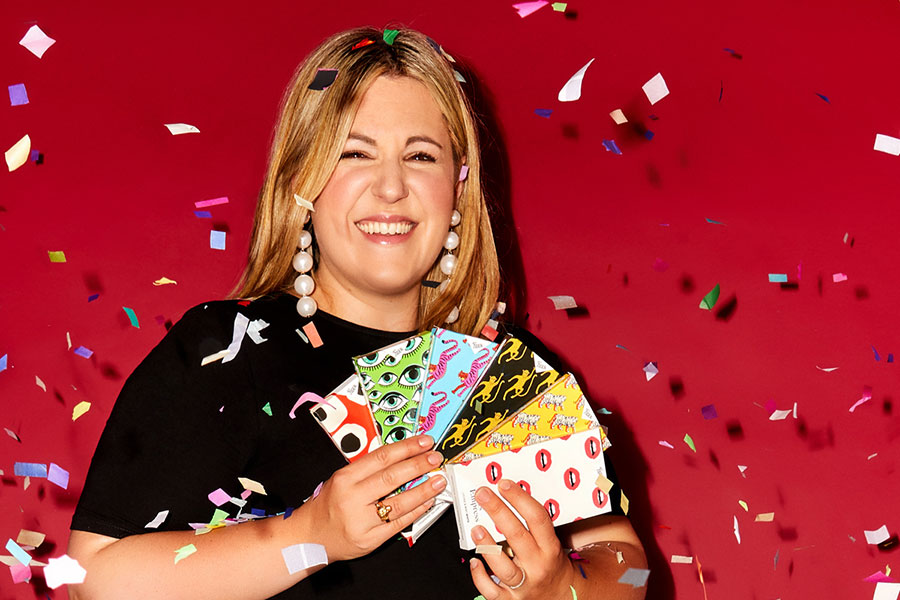 Inspiration can strike at the strangest of moments. Case in point: Cyan Ta’eed, co-founder of hugely successful tech startup envato, was resting from an eye injury when the inspiration for creating ethical chocolate struck. Not only did she come out the other side of her sabbatical with a new appreciation for eye health, but with a sense of purpose to create a business that would have real social impact. We chatted to the woman herself to find out why she swapped tech for chocolate …

You famously started Envato from your parent’s garage, and since doing that for Hey Tiger is probably frowned upon by the health authorities, how did launching Hey Tiger differ from Envato?

In almost every way possible! We launched our first Envato site as a test, invested as little as we could, and we hacked it all together ourselves. It was a classic bootstrapped startup story, which makes sense as I was 24 and had no money to do it any other way! Fast forward 12 years and I developed Hey Tiger completely differently. We spent a year developing the product, from the 22 bars to the brand to the packaging, and I hired very talented women to do that with me. There’s a huge difference between putting digital goods online and making a physical product – especially a perishable one people are going to eat! We needed a factory space and to invest in packaging and initial inventory early on. Making a physical product is tough!

I also set Hey Tiger up as a social enterprise right from the get-go – it’s owned by a charitable trust and I don’t take a salary. We make a donation for each bar sold to community development projects for cocoa farming communities in West Africa. We’re in partnership with The Hunger Project so I did a lot more thinking about company structure and partners in the development stage. 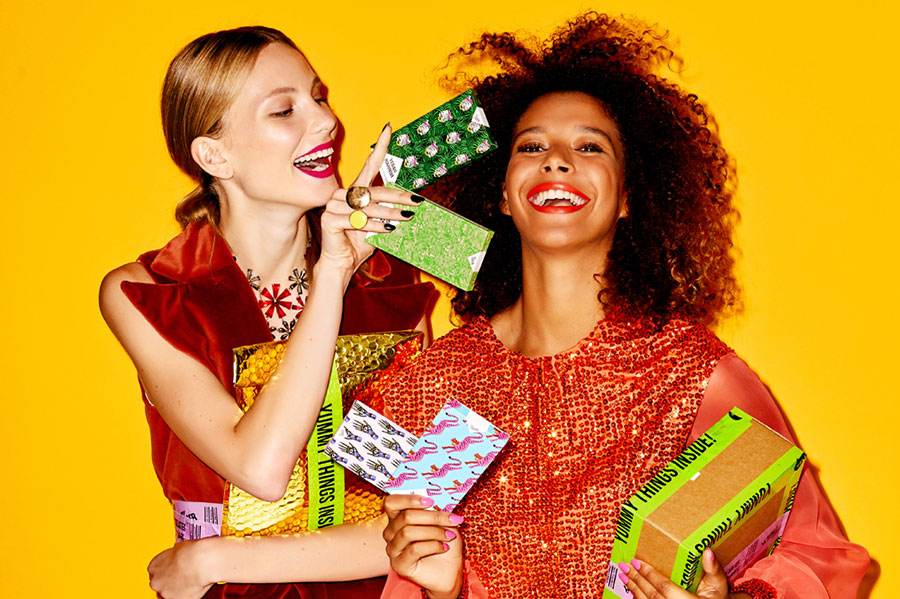 “I worked every waking moment with Envato and I can’t and don’t want to do that anymore.”

I have two little boys and I want to be physically and mentally present in the evenings and on the weekends to be with them. I also still have Envato to think about, even though I’m not in an operational role anymore. So that meant hiring a lean but fully fledged team right from the get-go. They’re an amazing team but I still miss working with my husband, Collis, who I co-founded Envato with!

It was an eye injury that helped you come up with the idea for Hey Tiger; are you in a way grateful for all that time you spent resting?

I really am! I got a bacterial ulcer on my cornea and ended up in hospital. They weren’t sure if I’d be able to retain my sight in that eye so I just had to drop everything and lie in the dark for almost a month. I got really good at putting in eye drops! I couldn’t look at screens or read so overnight I went from running really fast to just completely stopping. During that month, I realised that while I was still passionate about Envato as a company, it didn’t really need me anymore, and what I really wanted was a new challenge. I had been fascinated by the social enterprise model for a while so decided that’s what I wanted to do next. I think everything happens for a reason, and so I am very grateful that it happened – without that time I might not have had the space to really think about things.

What’s your dream for Hey Tiger?

To some degree, half the dream is already realised – we’ve created a chocolate brand that I wanted to see in the world. When I talk about startups I always say that if you’re solving a problem you wanted to see solved or creating something you wanted to experience then you’ve already won. There’s another piece about whether the market wants it that you have less control over, but if you succeeded in making the thing and you think it’s fantastic, that’s already the biggest win. You need to be really fulfilled by that. And while there’s still plenty of ways I want Hey Tiger to develop and grow, I am so proud of the product and the experience people have when they receive it.

I do need Hey Tiger to grow to scale in order to become profitable and have the impact I want it to have. In five years I’d like to see Hey Tiger at a national scale, and I’d like to have leveled up our impact so we’re in partnership directly with cocoa farming co-ops in West Africa. Right now we’re making a financial contribution and as we grow I’d like to develop more holistic partnerships and collaboration.

Talk us through your marketing strategy, how did you get the word out about Hey Tiger?

It’s been amazing as we haven’t done any marketing yet and it’s taken off! We decided to do a soft launch just to ensure our processes and customer experience were really good before we started investing in marketing. I assumed we’d have an initial jump from friends and family and then we’d need to invest to get new customers, but it just took off via word of mouth. In the first month, we’ve been in Elle, Smart Company, Urban List, and The Age. It helped that I’d been talking to people about Hey Tiger for the last year and I think people get excited about social enterprises and want to support them. 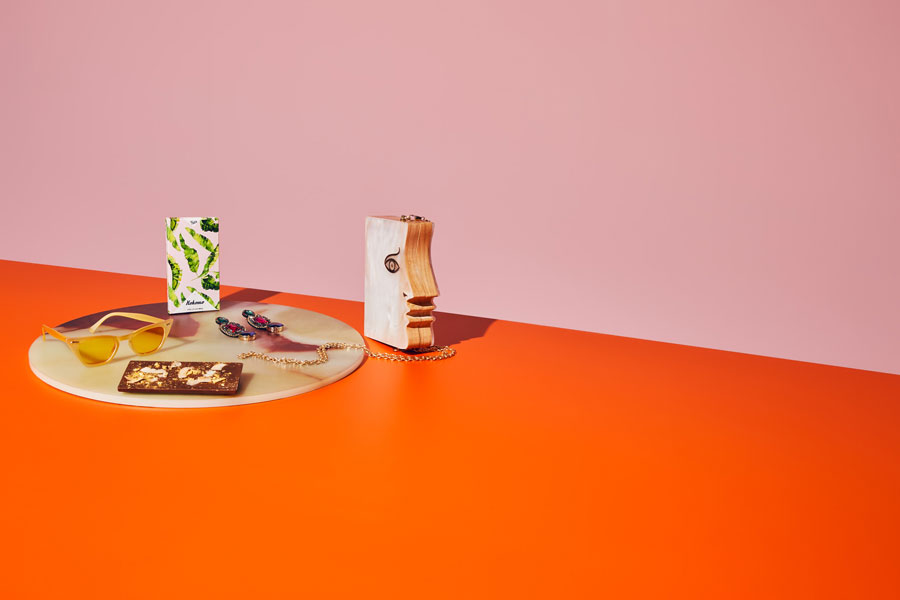 “We also invested heavily in our brand and photography and I think that’s made a big difference. People want to share it on social and it’s visually interesting for the press.”

On your packaging and branding, how much input did you have on the creative side of the business? Did you use an agency?

I started out with an agency but it turned out I had a VERY specific vision for what I wanted to Hey Tiger to be, and it didn’t work out.

The founder of Glossier, Emily Weiss, said that she wanted to make a brand that people would want to wear on their t-shirt. That’s what I wanted for Hey Tiger, something people were so excited to receive they wanted to share it on social media.

I’d been working with this amazing woman on a separate project and every time we’d talk about the brand I felt like she just got it. She agreed to take branding Hey Tiger on as a freelance project – I knew she should come on board full-time but I had to convince her. After six months working side by side, I finally convinced her and now she’s our creative director. Our social media presence, our branding, our messaging and our packaging is all her (her name is Mirte Van Der Lugt). She’s incredible.

Why was it important for you to create ethical chocolate?

I really think social enterprise is a magical thing – evolving business from something that benefits shareholders to something that benefits communities. I knew I wanted to do a social enterprise for a long time. I had been making chocolate for a while in my own kitchen and I realised there was a hole in the market; chocolate that really excited women in the 25-45 age bracket. There were some companies overseas doing a great job and of it and I wanted chocolate like that here in Australia. I had also started supporting The Hunger Project in a particular epicentre in Burkina Faso, the third poorest country in the world bordered by Ghana and the Ivory Coast. 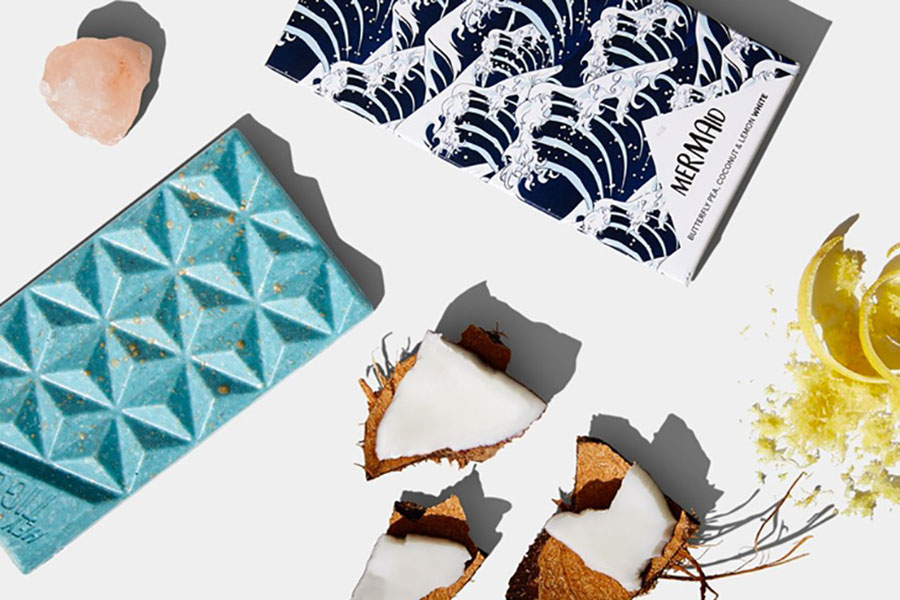 I remember having a chat with Melanie Noden, the CEO of The Hunger Project, and she told me child trafficking from Burkina Faso to cocoa plantations in the Ivory Coast and Ghana was a really common problem. The more I dug the more I realised the cocoa industry was at fault – 70% of the world’s cocoa comes from West Africa and many farmers are living under the poverty line themselves. It struck me that something that gives me and every woman I know so much pleasure is responsible for a lot of pain and suffering for families and children as young as my little ones. I realised there was a big problem to solve and a big opportunity, and I wanted to be the one to try to bring something to life that could address both those problems.

Tell us about your partnership with THP. How did you come to work together?

I’ve been working with THP for a while. I have been exposed to a lot of charities now and I believe The Hunger Project has the most holistic and empowering program out there. It’s really facilitating communities to lift themselves out of poverty, which is incredible. It’s an honour to be able to work with them on this project. I hope Hey Tiger can really advance the work they’re already doing for cocoa farming communities in Ghana.

Plus anything that’s good enough for Business Chicks has to be pretty amazing!!

It’s early days, but what are some of your biggest challenges?

The biggest challenge hands down has been to find the right space for production. I had no idea how hard that would be – and the level of investment it takes to set up the right space is insane! It feels like such a gamble and a huge investment upfront when you don’t know what your scale is going to be. We’re lucky that the Mulberry Group (owners of Kettle Black and Higher Ground among others) had a space we could take over which has meant that for now we can bypass needing to sign a long lease and try to guess what growth will look like over the next 5 years. Plus they’re lovely and give great advice so we’ve been really lucky.

Will Hey Tiger be your last startup?

I think there’s something pretty amazing about creating something that wasn’t there before, and that’s essentially what creating a new business is all about. There are a million meaty challenges with Hey Tiger that I’m sure will keep me busy for a while so who knows, but I’d love to have the opportunity to make more businesses in the future!

Cyan is a Premium member, co-founder of Envato, and the founder of Hey Tiger, connect with her here.