How Jennie Franceschi is bringing about positive change

How Jennie Franceschi is bringing about positive change

“We need more gender diversity, but we need age and cultural diversity too in businesses to bring balance and a different perspective.” 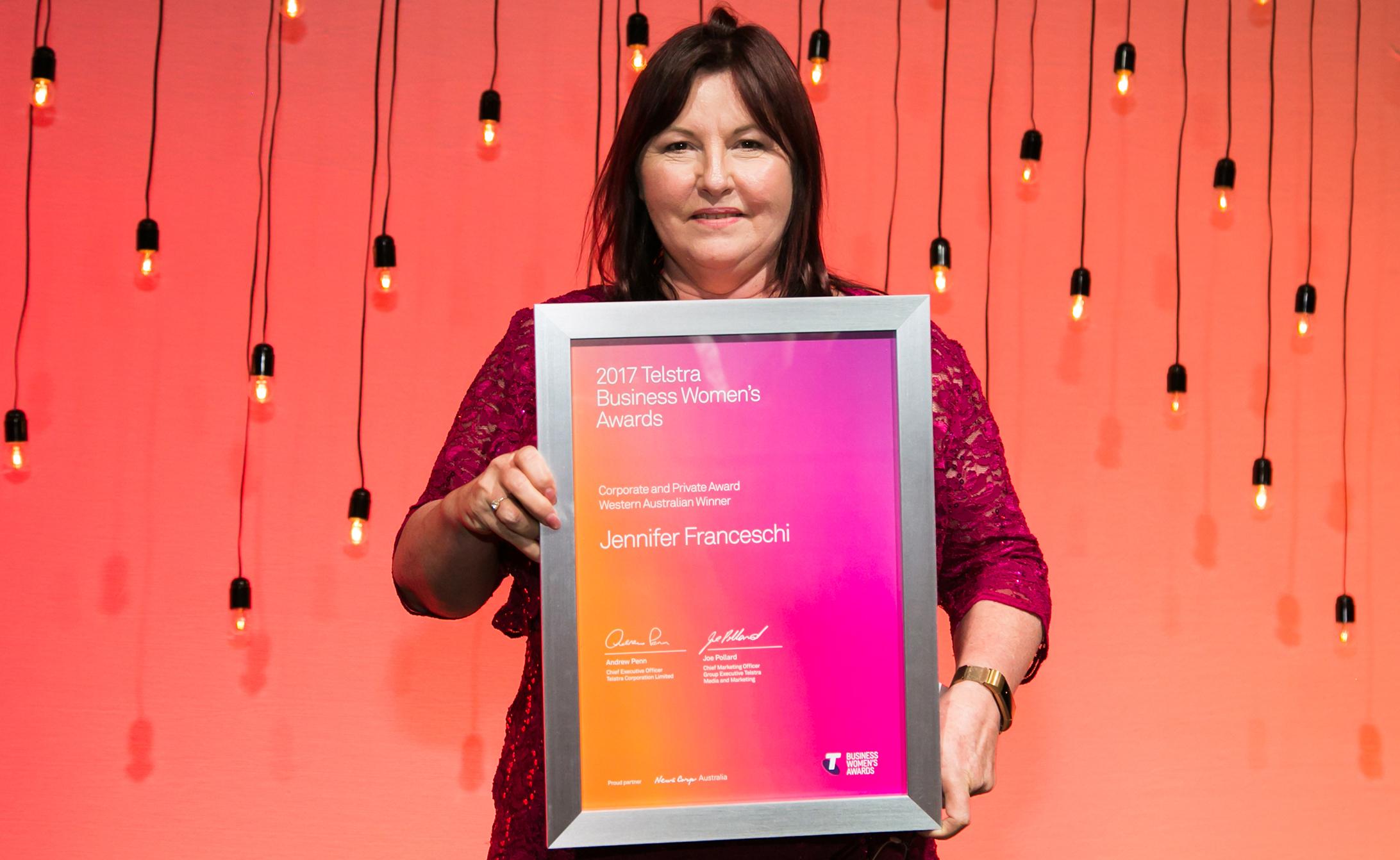 Jennie Franceschi loves good produce so it’s no surprise that she has spent her whole working life in the produce industry.

Her first job was in avocado production in the summer of 1974 in Western Australia. “My father was an accountant and always wanted to be a farmer so he became one,” she says. “I can remember spending the summer planting cash crops like tomatoes when I was 11 or 12-years-old,” she recalls. “My parents wanted to live off the land.”

It seems that living off the land was in Jennie’s blood, but she learnt early on that succeeding in it also required sheer hard work and determination.

In the late 80s, Jennie and her husband moved to Pemberton in the south west of Western Australia and began commercial production of avocados. “Everyone thought we were crazy. I was pregnant at the time and I worked at a bar six nights a week and on the farm,” she says. “My husband and I never had more than two days off together in 18 years.”

Since then, the mother-of-four has built several successful agricultural businesses in Western Australia. After 20 years in growing, she started Karri Country Produce in 2007. She also is the director of Australian Brand Exports, which aims to create and develop opportunities for Australian food and beverage businesses overseas.

“Women are naturally nurturers and we want to bring about positive change. We can learn so much more when we work together.”

“It’s very hard for SME’s in the food and beverage industry to scale,” she says. “Our government doesn’t incentivise us to grow and export so it’s hard.”

Her bluntness is refreshing but it’s also one of the reasons she has survived the tough industry that is agriculture. “I make shit happen,” she says with a laugh. “Women are naturally nurturers and we want to bring about positive change. We can learn so much more when we work together.”

Over the past five years, Jennie has won numerous accolades, including the 2017 WA Telstra Business Woman of the Year. “I never expected to win it,” she says. “I met some amazing women and I’m still connected to many of those women. That’s the best part.”

Her successful career has also made Jennie a sought-after mentor for the next generation starting their own food companies. She enjoys showing them the ropes and sharing her knowledge acquired from 35 years in the industry. Her number business tip is to never compromise on your integrity, regardless of the industry you’re in. “When expanding out or getting new business partners, make sure they have the same moral code and integrity. It’s very important.”

As a champion of women in business, she also wants women to believe in themselves and know their worth. “Women need to value themselves,” she says. “I’m still learning to myself, but what I’ve noticed is that women don’t value themselves enough when it comes to business. Women are good at seeing the bigger picture. We need more gender diversity, but we need age and cultural diversity too in businesses to bring balance and a different perspective.”