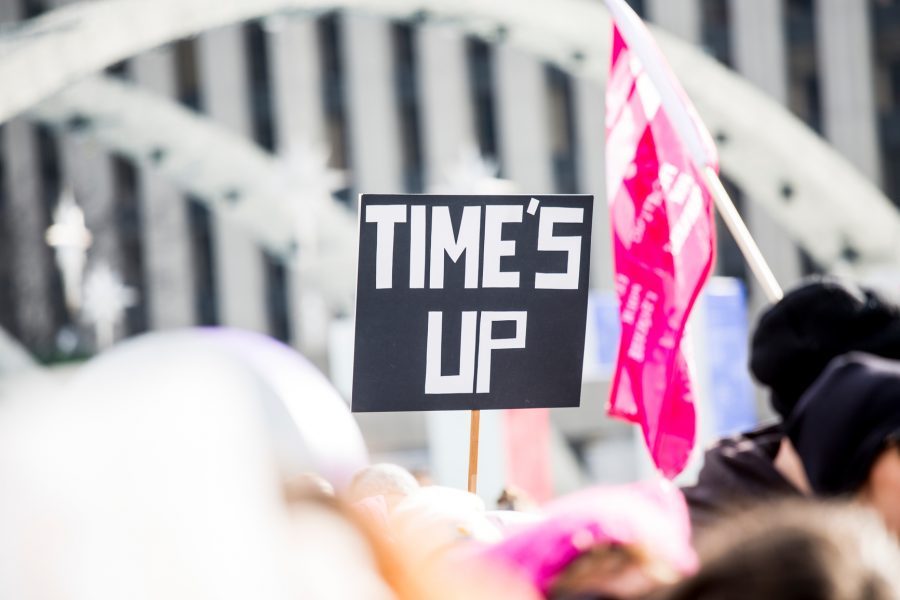 Whether it’s a sexist joke cracked by someone who should know better, a painful ‘mansplain’ or a catcall in the street, it’s often hard to know how to respond to casual sexism – or whether you should respond at all. Here are a few tricks you can keep up your sleeve.

There’s a change in the air; a front of women who are calling out gender bias and harassment. We’re fed up of being judged on our appearance and life choices; of sexism masquerading as ‘just a joke’. But despite the fact we’re refusing to stay silent, casual sexism is still alive and kicking.

Etiquette expert Susie Wilson says while attitudes are shifting, we still have a long way to go. “Sexism still exists in many ways. It’s an easy and guaranteed way to get heard whether it’s the man or the media looking for the attention, or both.”

Sometimes it’s not easy – if you’re in a boardroom full of men, for example – to deliver a brilliant barbed retort at the drop of a hat. It can be tempting to stay silent or laugh it off. Confrontational responses require a certain degree of confidence and the ability to be assertive. But by not speaking up, you’re signalling their behaviour is OK. “Shutting down these comments isn’t just about standing up for yourself, but for all women,” says Susie. “Everyone who takes a stance against sexism not only promotes gender equality but also helps women of this and future generations lead more empowered lives.” Here’s how you can fight back verbally.

Melbourne University researchers have found that low-intensity sexism – think ‘light-hearted’ jokes, comments on your appearance – is just as damaging to women in the workplace as overt harassment and discrimination.

“People often make sexist comments as ’jokes’,” says Susie. “The speaker may not intend harm, but the bottom line is they’re being offensive, not funny. If you’re at work, though, it can be complicated to explain this to a superior. One way to question these ‘jokes’ while still respecting an individual as your employer is to ask them to explain what they meant by the comment. If you remain poised and serious, they may be forced to confront the plain truth that their comment was offensive, not humorous.”

You can also try to stop a sexist remark in its tracks. “In some cases, it’s pretty obvious when someone’s about to say something sexist,” says Susie. “A person might even preface a statement by saying something like, ‘I’m not against women, but …’ , or, ‘Some people might say I’m sexist for telling this joke, but …’ If you hear such a disclaimer during a work meeting or wherever it may be – you can say intervene with a comment as simple as, ‘If that’s the case, I’d rather you not continue.’”

Another tactic is to turn the tables on them. For example, ‘Do you comment on your male coworkers’ clothes?] ‘Do you call the other guys in the office ‘sweetheart,’ too?’

“Do you always ask [Ben] to get the coffee?’ You even use humour in this case – for example, if someone asks you where the coffee is, you can reply with something like, ‘Not sure, but when you find it mine’s white with one’ – it’s all about pointing out you’re being treated differently. If it’s your manager or boss making the comment, it might be worth having a one-on-one conversation with them. They may not have even realised they’ve caused offence.

If you’re constantly subjected to sexist comments even after you’re spoken up, think about following a formal complaint procedure to raise the issue with your human resources manager, says Susie. “You may be initially hesitant to take that route, but it’s important to do everything in your power to stop sexism wherever you are and sometimes that means making the offences known to the appropriate parties through proper channels.

In a social setting

You’re out with your friends and a guy cracks a joke about ‘women drivers’, or spouts crap about the gender pay gap being a myth. Here, humour is a great way to handle offensive comments – and you’ll get your point across without making things uber-awkward. Here are some killer comebacks you could use.

You’re so grumpy. Is it that time of the month?

‘Ah, come on. When blokes talk like that it’s just a bit of banter!’

‘Doesn’t it have to be funny to be banter?’

‘You throw pretty good for a girl!’

‘You’re pretty confident for an imbecile.’

‘Yes, I’m one of those smart people?’

‘Feminists love men too. Feminist is actually defined as equality between the sexes. Do you believe women and men shouldn’t be equal?’

‘The gender pay gap is a myth.’

‘Australia’s full-time gender pay gap currently stands at 15.3 per cent. Would you like some more statistics?’ (Facts are on a feminist’s side here – have a few more up your sleeve).

‘No, men shouldn’t attack women who walk around alone at night.’

When someone wolf whistles at you.

‘Wow, thank you so much. I was nothing before you validated my existence today!‘ (Failing that, British comedian Luisa Omielan suggests simply turn towards them, sing the Lion King theme tune and hold your bag up as an offering.)

‘Women should know their place.’

The above is not sufficient for any kind of sexual harassment, which is a crime. For more information and support, go to reachout.com.au or call 1800 RESPECT.