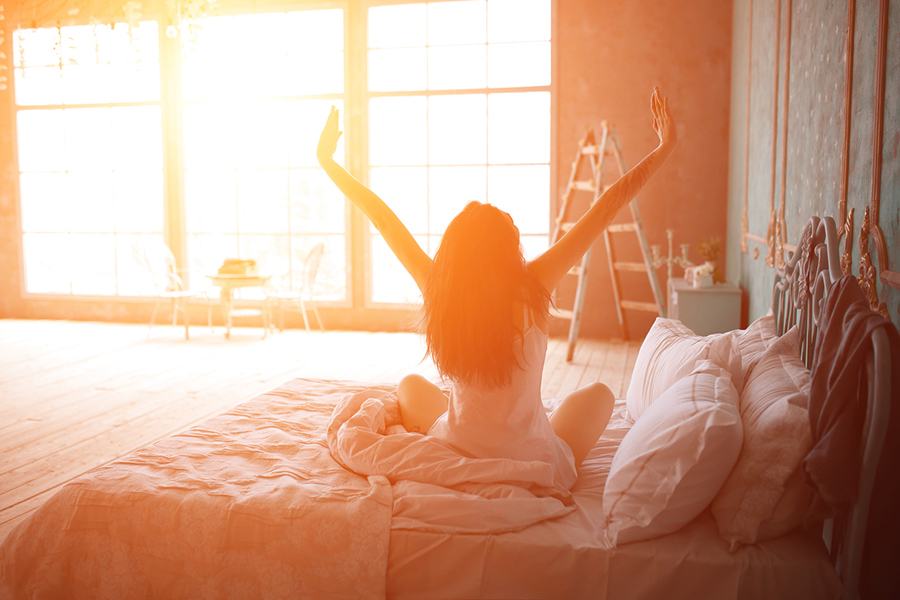 I became the first person in my family to finish college. I soon landed a job at a major management consulting firm. I was working on big-time projects at multinational companies like ExxonMobil and British Petroleum, pulling a competitive salary, and jet-setting all over the world in business class. My parents thought I had won the occupational lottery. So did I—at first.

But I couldn’t shake the feeling that something was missing. I just wasn’t passionate about the tasks I had to perform every day. And I couldn’t see how my work was contributing to any meaningful purpose in the world. In short, I wasn’t intrinsically motivated. So after two years, I quit.

“It was a great job,” I explained to my parents. “It just wasn’t right for me.”

Mum and Dad were dumbfounded. They stared at me with a cock-eyed look of disbelief that I hadn’t seen since that night back in high school when I told them how my car had suspiciously driven itself into a ditch.

As an organisational psychologist, I’ve spent the last 17 years thinking that my parents simply had an outdated understanding of work. They didn’t know that a fulfilling career is about a lot more than the number of zeroes on your paycheck. Most people, I thought, only feel truly motivated when a job aligns with their core values, and offers them the opportunity to express their strengths and passions.

But according to a new study published in the Academy of Management Journal, I was wrong. It turns out that some people can feel strongly motivated at work for a reason that has nothing to do with either fancy perks or personal growth.

Psychologist Jochen Menges at the WHY-Otto Beisheim School of Management, along with his colleagues at the University of Bonn and University of Pennsylvania, wanted to find out what high-performing employees do when their company’s leadership can’t, or won’t, motivate them with either extrinsic factors (like the chance to earn a big bonus) or intrinsic factors (like personal fulfillment.) They tracked 151 employees at a Mexican maquiladora, or factory, over a two-week period.

Every day, each employee has to process coupons in exactly the same way as they did the day before, which provides virtually no opportunity to develop new skills, express creativity, or make the world a better place. It’s almost as if the company’s leadership studied a list of best practices for fostering intrinsic motivation, and then went down the list one-by-one designing a job that would do the exact opposite. On top of that, the employees have to do this work for the same pay and the same benefits as the person sitting next to them regardless of their performance, and with no realistic opportunities for advancement. Which basically rules out extrinsic motivation as well.

But some workers possessed a third kind of motivation—what the researchers call “family motivation.” Workers who agreed more with statements like “I care about supporting my family” and “it is important for me to do good for my family” felt more energised and performed better day after day, even though they were offered no financial incentive and they did not find their work interesting, engaging, or enjoyable. It wasn’t only parents who experienced family motivation. It also applied to unmarried and childless workers who defined their family as brothers, sisters, parents, and other relatives.

Here’s what makes family motivation so special: It doesn’t depend on the details of your job, your boss, or your company.

That isn’t entirely true for intrinsic motivation—which still depends largely on external factors. Your degree of autonomy, mastery, and sense of purpose is directly related to how much of each factor your organisation chooses to provide (or withhold). For example, autonomy by definition doesn’t happen unless your boss chooses to leave you alone. So as long as you demand intrinsic motivation as prerequisites for contentment and satisfaction at work, you will always be at the mercy of your boss and your company. You are handing someone else the keys to your happiness and fulfillment.

My parents discovered this truth long before I did. At the age of 19, newly married and penniless, they moved to the city of Omaha, hundreds of miles from the tiny rural hamlet in the cornfields of Iowa where they had been born and raised. My dad woke up at 5 am every morning to catch the bus that took him to the county hospital, where he scrubbed toilets and mopped floors all day. Ten hours later, he caught the bus back to their apartment. He’d shovel a few bites of reheated food down his throat, then spend the night combing the streets selling smoke detectors door-to-door. Meanwhile, my pregnant mum caught the bus to a local steakhouse, where she waited tables for $1.10 an hour.

My parents will be the first to admit that their jobs sucked back then. Eventually my dad worked his way into more lucrative sales and management positions, which allowed my mum to devote her energy to raising my brothers and my sister and me. They continued working hard so that we wouldn’t have to start our adult lives as wage slaves. But those early experiences working overtime at menial jobs just to heat their dinky apartment and put a bag of groceries in the refrigerator gave them a very different understanding of what a person really needs from a job.

As my parents discovered, the act of work itself can be meaningful. For my parents and the high-performing maquiladora workers, motivation to do good work doesn’t need to be directly linked to the pursuit of fortune, nor to lofty visions of changing the world. This is not to say that all is well for the millions of people trapped in low-wage jobs. But every job—whether you’re washing dishes or performing kidney surgery—provides us with the opportunity to affirm our identities as capable, respectable individuals, upon whom the most important people in our lives can rely.