How to win against a manterrupter

How to win against a manterrupter

Feminist Fight Club author, Jessica Bennett takes you through the moves you need… 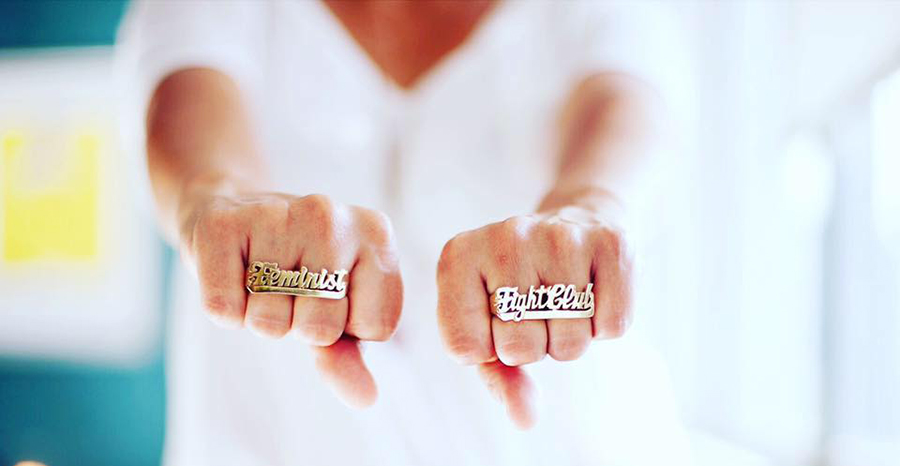 Remember that moment back in 2009, when Kanye West lunged onto the stage at the VMAs, grabbed the microphone out of a stunned Taylor Swift’s hand, and launched into a monologue?

It was the most publicly memorable instance of a manterruption – or a man interrupting a woman while she was trying to speak (in this case, on a stage, ALONE, trying to accept the award for best female video). But to a certain breed of working woman, Kanye’s behaviour was familiar.

We speak up in a meeting, only to hear a man’s voice boom over ours. We pitch an idea, perhaps too uncertainly – only to have a dude interject with authority. We may possess the right ideas, but he has the right vocal cords – which means we clam up, losing our confidence, or worse, credit for the work. Our work. Studies show the manterrupter is real: men speak more than women in professional meetings, they interrupt more (often to convey dominance), and women are twice as likely to be interrupted by both men and women when they speak (and even more if they’re a woman of colour). 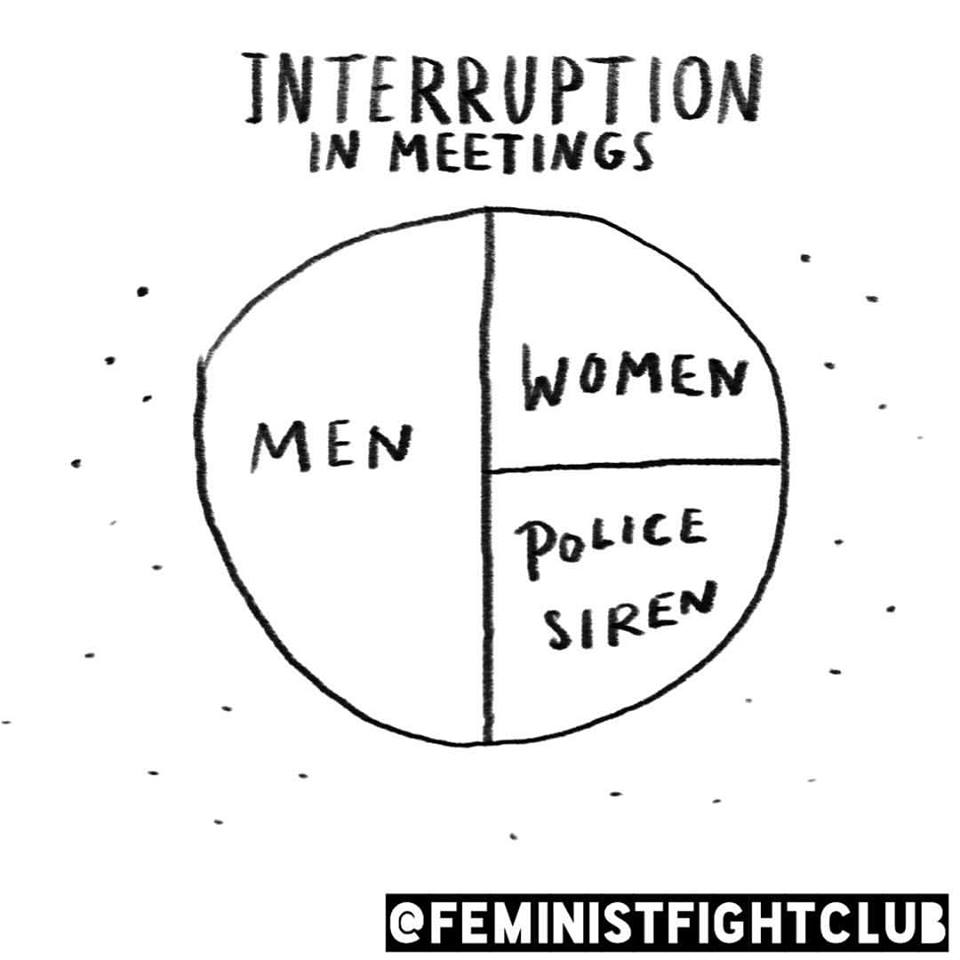 The verbal equivalent of two cars racing toward each other at top speed until one (his) swerves. Your job is to stay strong and just keep talking. Keep your pauses short. Maintain your momentum. No matter if he waves his hands, raises his voice, or squirms in his chair, just do you. Pretend to be deaf if you have to; it’s worth it if it helps you make your point. The key is to prevent him from getting a word in while simultaneously acting like you are the chillest person in the room.

Sure, you can call a manterrupter out yourself: “Bob, I wasn’t done finishing that point. Give me one more sec.” But just imagine for a second if Beyoncé had walked up on stage where Kanye was busy interrupting Taylor, and interrupted him. This is what we call

Womanterruption, or interrupting a manterrupter on behalf of your fellow woman. If you hear an idea from another woman that you think is good, back her up: “Wait, can you let her finish?” If you can tell a woman can’t get a word in, interject and ask a question: “Nell, what do you think?” You’ll have more of an effect than you might think – and you’ll establish yourself a team player.

In one study, researchers found that men physically lean in more than women during seated meetings, making them less likely be interrupted. Other methods of asserting your physical space when you have something important to say: Sitting at the table, pointing to someone, standing up, placing your hand on the table, or make eye contact.

HOW TO SPOT A MANTERRUPTER

He who won’t shut up, effectively blocking you from getting a word in. Yes, counter to the stereotype, it’s actually men who talk more than women: 75 percent more in male-dominated groups like boards, committees and legislatures. Even in movies and television, male actors engage in more disruptive speech, and take up twice as much speaking and screen time than their female peers.

He kiboshes a meeting when he has nothing to contribute by being like, LET’S WHITEBOARD THIS, therefore putting himself at the front of the room.

He who can’t seem to wait his turn. Even in school, elementary and middle school boys are eight times as likely as girls to call out answers in classroom discussions without raising their hands. (Girls who shouted out answers, by contrast, were instructed to raise their hands and wait their turn.)

He who rarely contributes to the conversation but suddenly perks up when he knows the boss is watching. And then he won’t shut up. 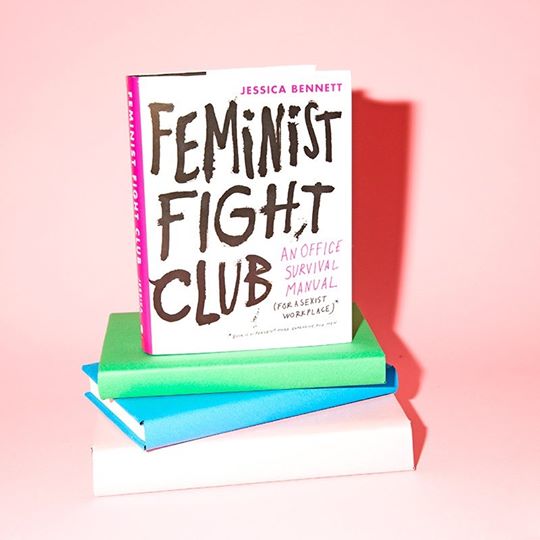 This is an edited extract from Feminist Fight Club: An Office Survival Manual (For a Sexist Workplace). Part manual, part manifesto, Feminist Fight Club blends the personal stories of a group of women who formed a secret group in New York City with research, statistics, and no-bullsh*t advice for how to combat today’s sexism. Penguin, $29.99.

This was first published in Latte magazine, a premium business glossy for Premium members of Business Chicks. Find out more about membership here.