From impostor syndrome to one of Australia’s richest women

From impostor syndrome to one of Australia’s richest women 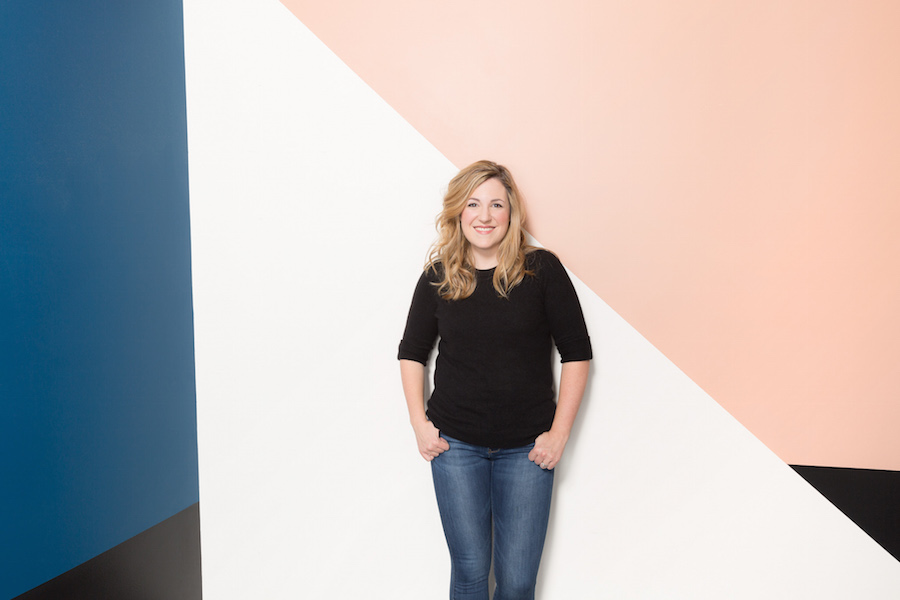 It’s been a big few days for Cyan Ta’eed. Last week she was named the winner of the business enterprise category in the AFR and Westpac’s 100 Women of Influence Awards, AND she’s debuted on the BRW Young Rich List as the top woman to make the cut, sharing the 12-13th spot with her Envato co-founder and husband Collis with an estimated 2016 worth of $184 million.

The AFR calls Envato, which runs a number of online marketplaces for web developers and designers, “the most profitable startup you’ve never heard of”.

But we’ve certainly heard of Cyan and her excellent story of entrepreneurship, which she kicked off travelling the world in her early twenties. As such, we wanted to share an edited extract of a profile on Cyan we first published just over 12 months ago. The success of her business has extended significantly from the numbers published below, with Envato reportedly making a pre-tax profit of $43.3 million last year, double that of the previous year.

Cyan Ta’eed’s recently become one of the most sought-after women on the speaker circuit, especially for tech and entrepreneurial events.

Having co-founded the global marketplace for developers and designers Envato, which has contributed to hundreds of millions of dollars in author earnings and has more than 170 employees in Melbourne, she’s rightfully in demand.

And she’s determined to say yes to as many such requests as possible, despite conceding she’s suffered a fair amount of impostor syndrome and feels more comfortable out of the public view.

“I made it a rule that I will show up when people ask me to,” she tells Women’s Agenda. “I’m passionate about getting more women to be entrepreneurs and to get into tech. But those women need to see examples of women doing this stuff. I’m not helping by not being involved.”

A rule to ‘show up’ in one of a number of self-imposed guidelines Ta’eed created to improve her own personal confidence, after realising she was missing opportunities by ignoring the problem.

She recalls meeting an American Venture Capitalist during the early stages of launching the business and speaking humbly about her achievements and plans. “He basically just disregarded me. Completely ignored me,” she says. “I realised afterwards that I gave him so much self-deprecation and humility that all he did was take my word for it. I couldn’t be annoyed at him for not seeing through it and realising what I could actually achieve.”

The experience, alongside a life-threatening stint in hospital a few years later, taught her that life’s too short to get caught up in your own head. “If there’s stuff you’re going to do you shouldn’t wait around or say ‘no’ to it because it stresses you out. I just decided I’m not going to worry what other people think. So I got out of my own head and I stopped worrying about failure.”

Born in New York and raised in Sydney by creative parents, Cyan studied graphic design and launched her own freelance business shortly after graduating. Later with a co-founder and now husband Collis Ta’eed, she launched the first of a group of online markets for designers and developers, now selling everything from WordPress themes, to invitation design and audio files. They personally funded the business, working freelance out of a garage to pay for the site build that was originally expected to take three weeks but blew out to six months.

Shortly after launching, the pair went travelling. Having established a business they could run from “anywhere that had Wifi”, they sold almost everything they owned in a garage sale, packed everything else into two suitcases, and got on a plane to Hong Kong.

They spent 18 months travelling while growing the business, starting with 30-hour weeks before doubling those hours as the operation got larger. By the time they returned home, they had an office in Melbourne and a number of full-time staff, including developers.

Envato has flourished ever since, now boasting a community of more than four million and a purchase every six seconds … 48 of its regular sellers have made more than $1 million in sales.

Despite the rapid business growth, Cyan’s managed to take two stints of maternity leave in recent years, and works four days a week to spend time with her young sons. She says being married to the co-founder helped her stay connected during her time out, especially given they both love to talk shop. This positive experience left her determined to improve maternity leave for everyone else. She’s currently pushing to ensure Envato’s parental leave processes are the best in the industry.

Cyan’s also promoting workplace flexibility, unconscious bias training, job sharing, targets, and diversity as a company value. Still figuring out what the best solutions are for getting more women into the business, she’s asked different teams to come up with new ideas on how they can shift the numbers. Those ideas will become annual goals for the year.

She’s also open to sharing what she learns with others in the industry. “We have to deal with the entire pipeline issue,” she says. “We’re grabbing a lot of female candidates, but that also means other companies are not getting women in their tech teams.”

Cyan and her husband are asked frequently how they manage a business, a marriage and kids together. She responds saying they’re actually really ‘clingy’ and enjoy seeing each other constantly. They also know and respect each other’s talents.

But Cyan still finds time to herself, exercising regularly and finding morning runs to be ‘meditative’. She’s a firm believer in spending two minutes at the start of every morning determining what will make it a successful day (usually while breastfeeding her 18-month son) before getting stuck into the big, complicated things first – and leaving emails until later.

“It helps me frame my day,” she says. “To stop being so reactive to what’s going on. It’s about making proactive decisions about what will make each day better.”

Cyan’s built a remarkable business in a short amount of time, while raising a young family and still finding time for travelling. So it’s hard to believe her when she says she still faces personal confidence issues.

But closing her own ‘confidence gap’ is an ongoing process for Cyan and something she recently opened up about during a presentation. Like many women, not worrying what other people think goes against her natural instinct, and so she continually reminds herself to do two things: to ask when she doesn’t know an answer, even if she thinks it makes her look stupid; and to take on any challenge offered, without worrying about failure.

And that means she’ll continue responding to those speaker requests.

This article was first published on Women’s Agenda here and has been republished with full permission.

Cyan Ta’eed is a Premium member of Business Chicks. Connect with her here.