Azure Antoinette on finding her voice, following her passions, and telling stories that matter

Azure Antoinette on finding her voice, following her passions, and telling stories that matter

Azure Antoinette is a poet, a keynote speaker, a storyteller. When she speaks, people listen. 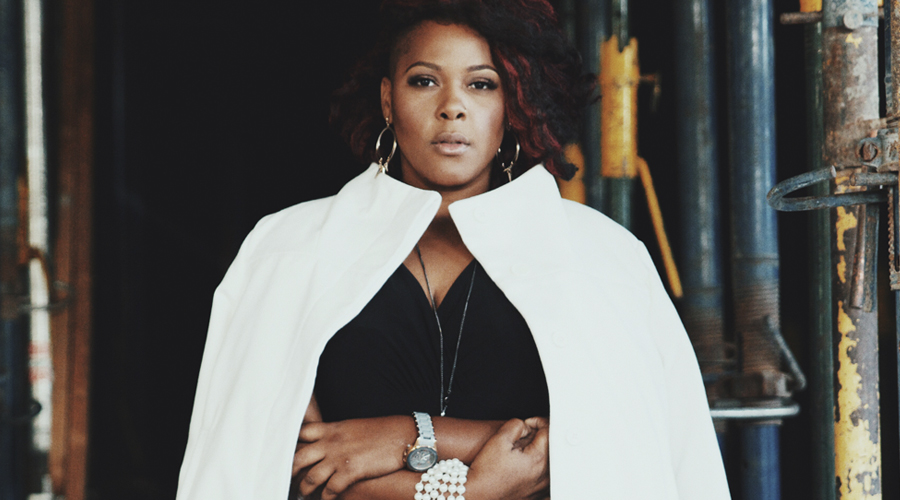 Azure Antoinette is a poet, a keynote speaker, a storyteller. When she speaks, people listen. Having recently moved to Australia from the USA, we first met Azure when she spoke and recited her poetry at Business Chicks’ International Women’s Day lunch in Sydney. It’s fair to say Azure left the crowd wanting more, so we caught up with Azure to ask about what makes her, her.

My name is Azure Antoinette, and when people ask me what I do for a living, I tell them I am a commissioned poet.

My inspiration comes from being alive. My source of inspiration for everything I’ve ever written comes from living, whether it’s me personally experiencing it, or my observation of someone I know. The thing I’m most grateful for, background wise, is that I consumed so much literature. My mum was smashing it down our throats with the vegetables. When we would complain about reading old books she would always respond with an adage about a rite of passage, and it’s true –

We weren’t allowed to watch television. So we would memorise things and recite them because recitation would make us good global conversationalists. My mum has a voracious passion for American History and the law, so naturally, she had me memorise the preamble to the Constitution. The first poetry book I ever feel in love with was ‘The Tell-Tale Heart,’ by Edgar Allan Poe. I found it absolutely fascinating, just how I felt nervous at the part of the story where he was going to get found out. I felt such magic that a book could elicit those feelings from something that I didn’t even contextually understand. I read ‘To Kill a Mockingbird’ when I was very young. My nickname is Boo, and it comes from that book.

My mum is a voracious reader. She consumed literature daily. On the day that Bill Clinton was inaugurated in office, my mother had me sit down and watch Maya Angelou deliver the inaugural poem. She recited On the Pulse of Morning, and it was the first time that I ever really understood what it felt like to want to move people just by talking to them. Up until that point, I just always wanted to be a singer. I was blown away by watching this woman stand there and talk to masses of people with a beautiful message that was simple, and something even I could understand. The way she delivered it, it felt like she was having a conversation.

I’m not into planning. Life happens while you’re making plans and I have made plans a few times, and that has gone torturously horrible. I’m very in the moment; I’m very into living for what we have because all we have is right now. Life is short if you’re happy, but life is arduous when you don’t have a purpose. The only thing I absolutely know is that I’m supposed to be creating.

I love to write. I love to talk to people, and I love to engage.

I was sitting in the corporate America job where it’s supposed to all make sense, but it was just fluorescent lighting and stale pastries and coffee rooms. I thought ‘this can’t be the American dream; this is the American nightmare’ and I just didn’t want to do it anymore. 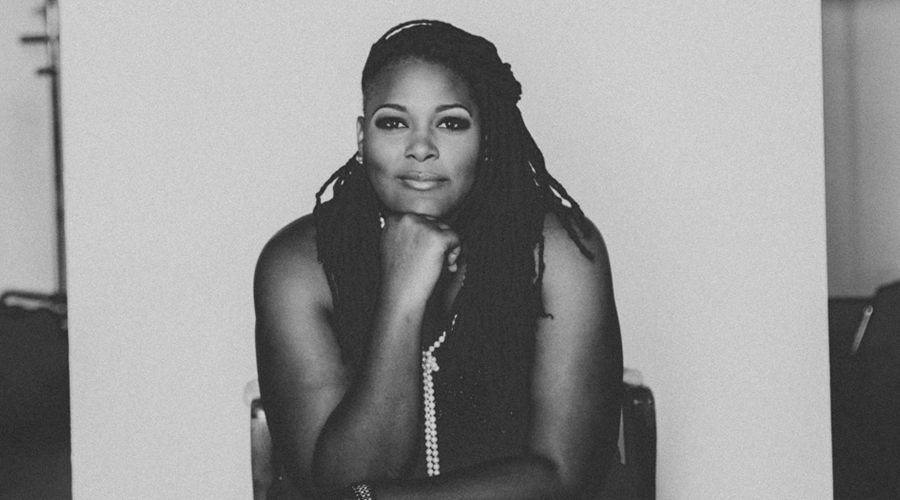 I quit my job in ethics and human resources at 23. I was very young, making great money, top of my game. And I quit it to pursue being a poet. And that was it. I just knew that’s what I wanted to do for the rest of my life. I called my mum, who is a solicitor, and she was less than thrilled. She hung up on me. She’ll tell you that the phone got disconnected, and I’ll tell you that’s because she took it off her face and hung it up.

I lost my apartment, and was pretty much sleeping in my car. I had an amazing tribe of friends that allowed me to camp on their couches until I could temporarily get on my feet. And on the day that I was asked to perform at a Maria Shriver event, I had three dollars and some cents in my account. It was going not well. And that day, I got to the hotel and sound checked, and the next night I performed to 15,000 people in the audience and one million watching on simulcast. And that was it. I met Oprah Winfrey, got asked to be in the Oprah magazine and signed to a national lecture agency, and that was in 2010. And things have been absolutely in hysterics ever since.

I write everywhere but a desk.I write on the back of napkins. At airports. I wrote half of my memoir on a train in the United States. I write on my phone and my iPad. I don’t handwrite. I have multiple sclerosis, so my grip with pens is tough. I started typing all my poetry, notes, prose; it was much easier than trying to exercise legible penmanship. There’s no special cool place, I write everywhere.

One of the greatest things that has happened in my career was being quoted as the Maya Angelou of the Millennial generation. I look up to her devoutly. I’m very honoured by that, and I do my best to honour her legacy by writing intentionally, in a way that is inclusive and authentic. Maya, she wrote for people. Maya Angelou is an international storyteller, and that’s the gig. That’s the goal.

My mantra before all of this was ‘do what you love and love what you do,’ because my mum said that you can’t do what you love and make money. She said that’s a hobby and you do your hobbies on the weekend. And for nothing else, I just wanted to prove her wrong, as you do as the baby of the house.

The women who inspire me are my mother, my aunt, and my sister. They are my three Minervas. And they are very different and complex, but in those three women, I have found such beautiful attributes of what it means to not only be a good woman but also to be a phenomenal human. They are brilliant human beings. And outside of that, I have some amazing professional mentors and the place where I find the majority of my strength is my friends. My friends have given me such light. They have given my such space and permission to be myself and to turn off when I’m not on stage.

My mum told me – probably four of five years ago – that she was proud of me. She said that she wished she would have had the courage that I did. And that was one of the biggest moments in my life.

Our interview with Azure is part of the ongoing partnership between Business Chicks and Truvée. With a shared philosophy of the power and potential of women working together, both brands are passionate about celebrating women who follow their passions and go after what matters most.