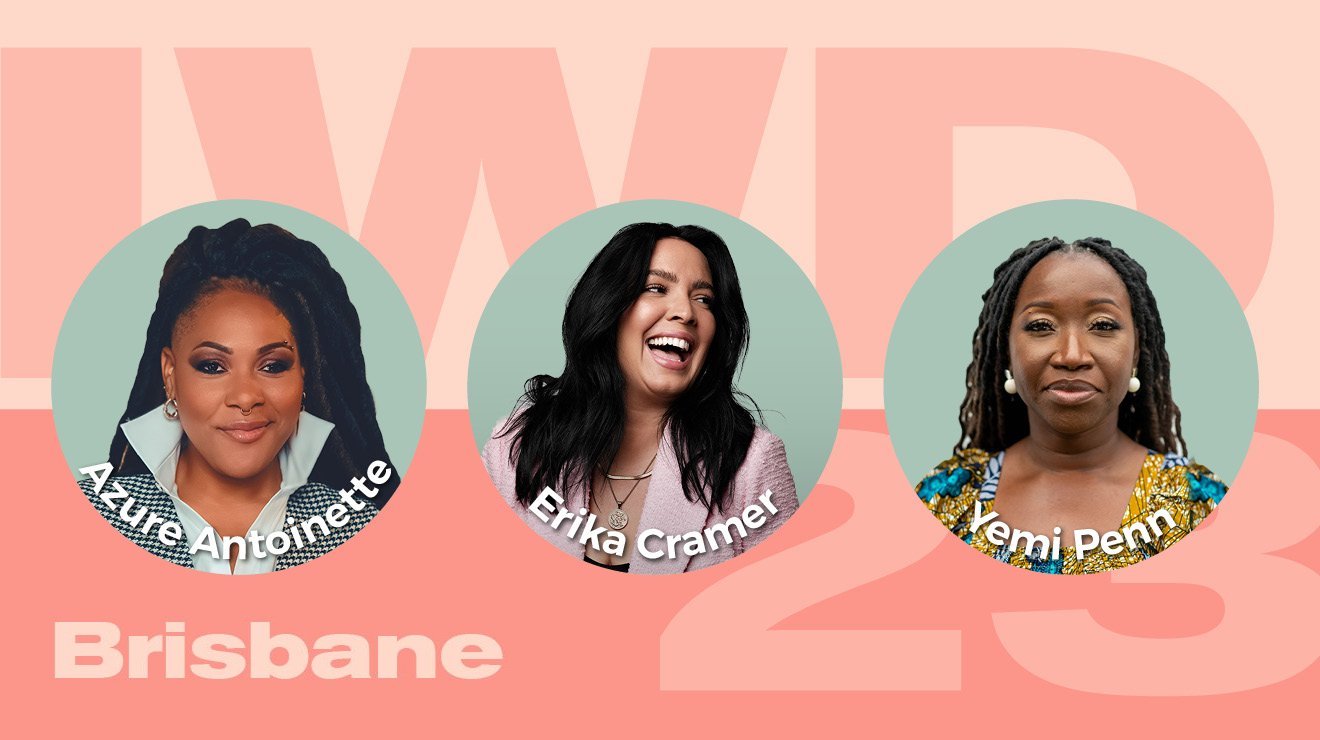 International Women’s Day is THE event on the Business Chicks calendar and one we know our community leave feeling inspired and challenged to make the world a better place for women all around the world.

The theme for 2023 is #EmbraceEquity and our line-up is all about creating a fair and equal world.

So, who’s in our line-up, you’re wondering?

A poet, actress, TED Speaker, GRAMMY considered recording artist, entrepreneur, and diversity and inclusion thought leader, Azure was named the “Maya Angelou of the millennial generation,” in the highly acclaimed Forbes Most Powerful Women in the World Issue.

Since being discovered in 2010 by Oprah Winfrey at the Minerva Conference hosted by former first Lady Maria Shriver, Azure has written for and shared a stage with bestselling author of Eat Pray Love Elizabeth Gilbert and opened for Lady Gaga. Current spokesperson for Janssen Pharmaceuticals and the MoretoMS Campaign, Azure Antoinette is a 13-year survivor of Multiple Sclerosis and has a strong passion for patient advocacy and living well with MS. Amongst her many commitments she has previously served as ambassador and/or spokesperson for Clean & Clear, The GAP, and Beats by Dr. Dre, among others, and commissioned to write for the Girl Scouts of America, Johnson & Johnson, California Arts Council, American Cancer Society’s benefit Art 4 Life, The Documentary Group, and many more.

Azure Antoinette made her acting debut this past April as the first character to portray her disease on screen and represent the LGBT+ community on the critically acclaimed hit series Grey’s Anatomy in its 17th season.

Erika Cramer aka The Queen of Confidence is a full-flavoured, spicy inspirational speaker, author, and mentor to thousands of women across the globe.

Today, she connects with an engaged global community and shares with tens of thousands of women on a daily basis to help empower, encourage and inspire them to step into their confidence.

Yemi Penn is a fearless business woman and thought leader on creating your own memo, meaning ‘she’ gets to write the script of her life and encourages others to do the same.

She is a serial entrepreneur with a common thread of transformation across her businesses, whether it be transforming Sydney’s rail network as an engineer, transforming physical health in her F45 gym or shifting the perspective of our minds as she supports people in creating a life that they not only want but deserve.

More recently Yemi has added documentary producer to her repertoire as she shifts her core life’s purpose to raising the vibration of acknowledging and healing our individual and therefore collective trauma.

Run don’t walk and grab your tickets before they are all snapped up!