The very first women’s march was in New York City in 1908, and we’ve been fighting ever since. 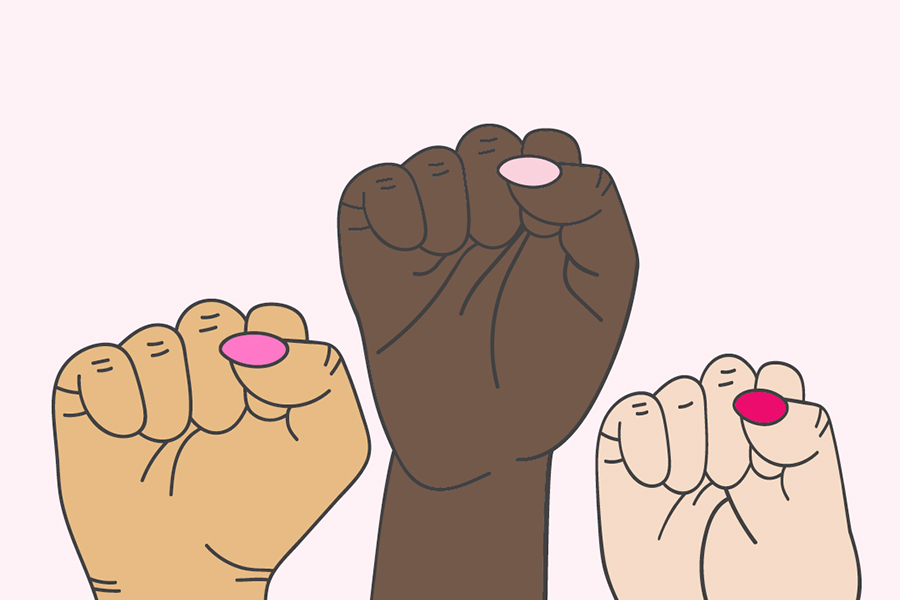 Though it wasn’t recognised as a formal celebration by the United Nations until 1975, International Women’s Day has been celebrated yearly since the early 1900’s.

The very first women’s march was in New York City in 1908, attended by more than 15,000 women and suffragettes who demanded better pay and voting rights. In 1910, German woman Clara Zetkin suggested an international march, saying women in every country should have one day a year to fight for their demands. The first International Women’s Day was celebrated in 1911, with thousands of women taking part in marches in Austria, Denmark, Germany and Switzerland.

Originally known as International Working Women’s Day, the purpose of the very first marches were to fight for the rights of women in the workforce who wanted better working conditions, less hours and better pay. Nowadays, a new theme is given each year that reflects current trends and changes.

This years theme is #PressForProgress.

Though significant progress has been made, gender parity is still over 200 years away according to a 2017 report from the World Economic Forum. This years theme draws further attention to the activism and advocacy of 2017, such as the #MeToo and #TimesUp movements.

#PressForProgress is a call for global activism and a demand for gender equality.

Some countries are actively working to close the gap, in January this year, Iceland made it law that any public or private body employing more than 25 people has to be certified as paying equal wages for work of equal value, or risk being fined. In some countries, such as Afghanistan, Cambodia, Cuba, Mongolia, Uganda, and Ukraine, International Women’s Day is a national holiday.

How IWD is celebrated in other countries.

Russia – It’s a national public holiday (recognised since 1918) and considered as important as Mother’s Day. Russian men often gift presents and flowers to the women in their lives and women exchange gifts with each other. It is a day of celebration and encouraging women to move ahead in their lives.

China – Women who are employed are allowed a half working day by law on March 8th every year. Women are often celebrated by their partners and children and gifted with cards and flowers. China also celebrates Girls Day on March 7 which celebrates students in colleges, universities and schools.

India – Thousands of people attend mass rallies and seminars to protest the alarming amount of violence women still experience. Some public organisations and NGO’s even organise documentaries and TV shows to shed light on these issues. Many events also include a prayer for all women who have experienced such violence.

Madagascar – It’s a public holiday, but only for women who are in the workforce. Carnivals and demonstrations are often held in the nation’s capital city, Antananarivo, while traditionally dressed women march through streets of their villages dancing and celebrating.

Italy – It is known as “Festa della Donna” and is celebrated similarly to Mother’s Day or Valentine’s Day. Women are gifted mimosas (the flower, not the drink!) to celebrate their economic and political achievements. Last year, all women were given free entry into all of the country’s museums and cultural sites.

United States – The entire month of March is known as Women’s History Month and every year, thousands of women take to the streets in protest of equality. Last year, employed women took the day off as part of a “Day Without Women,” which shut down entire schools in some cities.

5 Powerful women on what #PressForProgress means