10 things we can learn from the way Jacinda Ardern communicates

10 things we can learn from the way Jacinda Ardern communicates 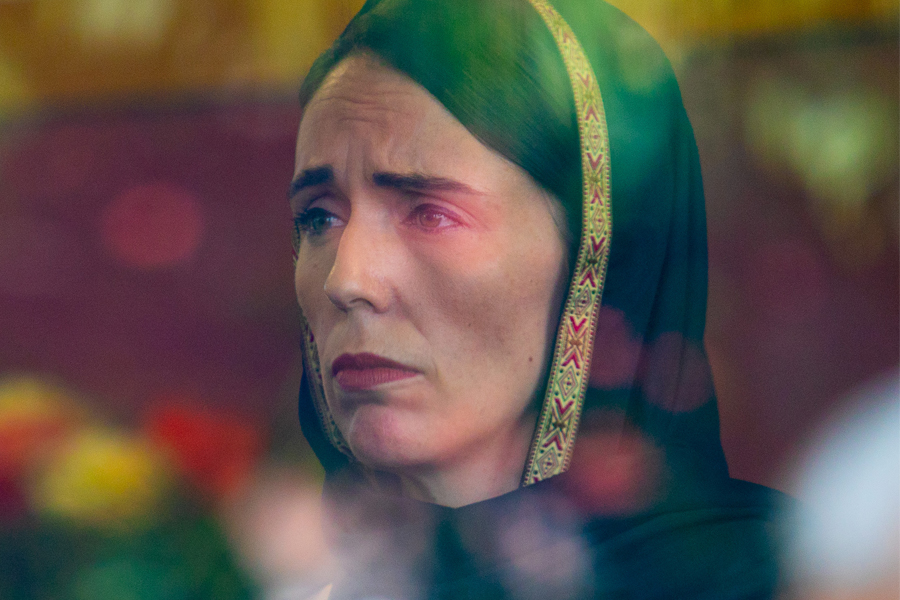 In the past week, Jacinda Ardern has not only supported the people of New Zealand through the most horrific of circumstances and shown the world what decisive leadership looks like, she’s also captivated people the world over with her clear and impactful communication style.

But what is it about Ardern’s communication style and her response to the Christchurch tragedy that makes her such an impactful and influential leader?

And how has her approach to leadership and communication translated into the so-called ‘Jacindamania’ which has resonated the world over?

She voiced the nation’s grief

Words have power and in the past week Ardern has become New Zealand’s mourner-slash-comforter-in-chief.

She told the New Zealand Parliament, “One of the roles I never anticipated having, and hoped never to have, is to voice the grief of a nation.”

But in the past week, she’s done just that.

In the wake of tragedy, she gave the people of New Zealand language in which to talk about the unprecedented attacks.

“They are us,” she said speaking about the victims.

Ardern described the incident as “one of New Zealand’s darkest days”. Speaking of New Zealand’s values of compassion and diversity, she said: “those values will not and cannot be shaken by this attack.”

To the perpetrator, she said: “You may have chosen us – we utterly reject and condemn you.”

This is the language of leadership.

She led with empathy

In the past week, Ardern has shown the world that real leadership can be imbued with genuine empathy, love, and compassion.

She connected with the emotion that New Zealanders are experiencing.

When addressing the families of the victims, she used Māori words, the language spoken by the Māori people, the indigenous population of New Zealand: “We can and we will surround you with aroha, manaakitanga, and all that makes us us.”

What has happened in Christchurch is an extraordinary act of unprecedented violence. It has no place in New Zealand. Many of those affected will be members of our migrant communities – New Zealand is their home – they are us.

In using words that mean kindness, compassion and generosity, Ardern showcased a new brand of political leadership and reinforced that influential leaders have empathy and compassion for others.

When it comes to communication generally, clarity always trumps cleverness.

At a time when people needed Ardern to be clear and definitive, she didn’t muddle her message. The language she used was a conscious choice.

The lesson here? Leaders don’t think: “Did that sound impressive?”. Instead, leaders think: “Was that clear?”

She walked alongside her people

Ardern wasn’t above or removed from her people, she was right there beside them.

Speaking to the families of the fallen, she said: “We cannot know your grief, but we can walk with you at every stage.”

She united people and avoided language of division

Speaking to a press conference in Wellington, she said: “…for many, New Zealand was their choice.”

“The place they actively came to, and committed themselves to….where they were part of communities who they loved and who loved them. A place where they were free to practice their culture and their religion.

“For those of you who are watching at home tonight, and questioning how this could have happened here, we — New Zealand — we were not a target because we are a safe harbor for those who hate. We were not chosen for this act of violence because we condone racism. We were chosen for the very fact that we are none of these things. Because we represent diversity, kindness, compassion, a home for those who share our values, refuge for those who need it….

“We are a proud nation of more than 200 ethnicities, 160 languages. And amongst that diversity we share common values. And the one that we place the currency on right now — and tonight — is our compassion and support for the community of those directly affected by this tragedy.”

Ardern avoided language of division, united people, and in doing so cemented her place as a leader of this generation.

She galvanised the community

Speaking to Parliament a few days after the attack, she said: “He sought many things from his act of terror, but one was notoriety. And that is why you will never hear me mention his name. He is a terrorist. He is a criminal. He is an extremist. But he will, when I speak, be nameless.”

“And, to others, I implore you: speak the names of those who were lost, rather than the name of the man who took them. He may have sought notoriety, but we in New Zealand will give him nothing. Not even his name.”

In calling on the public to remember the names of the victims and not give notoriety to the perpetrator she galvanised the community and offered a clear and strong call to action.

She communicated quickly and immediately

She didn’t waste any time. Ardern communicated quickly and immediately, confirming the country’s terror alert had been raised to high shortly after the attacks.

The lesson here? In a crisis situation, you don’t have to have all the answers straight away but you absolutely must step up, acknowledge the incident and show that you are acting.

Whether she is talking about education policy or responding to an unfolding crisis, Ardern is incredibly consistent.

True leaders are true to their core values every day and continually prove themselves by being consistent.

With every public appearance and press conference, Ardern has consistently demonstrated she is true to her core values.

She’s motivated to do good

Her driving force appears to be the good of the people of New Zealand.

Shortly after the attacks, she swiftly announced plans to tighten gun laws, announced the government would cover the cost of the victims’ funerals and said there would be financial assistance for those affected.

The day after the incident, she went to Christchurch and took the leaders of all political parties, not just her own, with her.

This sends a powerful message that she’s acting in the national interest — not in her or her party’s political interests.

At a time when trust is on the decline, Ardern inspires trust.

This trust comes from two things: character (her intent, integrity and motives) and competence (her skills and track record).

Ardern appears to have both in spades.

Talking to her people – ‘down-the-barrel’ of the camera, Ardern doesn’t appear disingenuous, and she’s clearly competent and prepared.

And that’s why when Ardern talks, people listen.

Read now: 3 simple changes to increase your influence at work