How Jane Cay grew Birdsnest into a $25 million business

How Jane Cay grew Birdsnest into a $25 million business

“I didn’t have a massive passion for fashion at all before I started, but I really loved business, I loved systems, I loved working in teams and solving problems.” 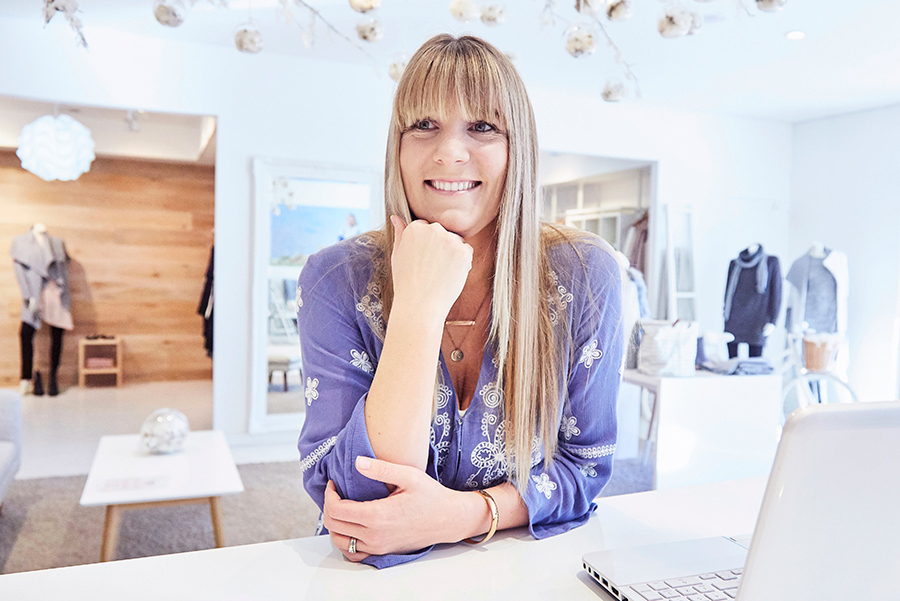 Meeting Jane Cay is like inhaling a fresh breath of country air.

The Business Chicks Premium member seems an unlikely entrepreneur, but the softly spoken CEO and Founder of Birdsnest runs one of the most successful retail businesses in the country.

The day we meet she’s wearing a floaty maxi dress and laughs easily when she realises her patterned dress is coincidentally covered entirely with birds. Her home is on a farm in the NSW Snowy Mountains, but today she’s in big smoke – Sydney, about to deliver a presentation to our Premium members on how to fall back in love with your business.

It’s hard to imagine that someone who’s achieved the level of success that Jane has wouldn’t always love it – we’re talking double-digit growth, retail accolades, award-winning workplace culture and the clincher, Birdsnest is on track to turnover $30 million this year. Not bad for a business that began in 2004 as ‘High Country Outfitters’ a small clothing store on the main street in Cooma over four hours’ drive from Sydney.

“As soon as I did that, I thought I’m so in love with this and I’ve built this. I love the people I work with, and we’ve got a brand now with such beautiful goodwill that we can use to do good with, to communicate with women and send out positivity into the world.”

A career in retail wasn’t always on the cards for Jane, a commerce graduate who left her e-business consultant role with IBM when she fell in love with a farmer and moved to Cooma.

“I’m not a stranger to the country, I was actually born in Cooma but as soon as I finished school I was like, ‘I’m off to the big smoke mum,’ and that’s where I thought my career would be.”

“I fell in love with a boy who was very much rooted in the country and to take the boy out of the country was not going to happen. Even though I did give it my very best shot and when we first got married and moved to the city. But I worked out that I was going to have to adapt and evolve because I wasn’t going to give up on him and we established ourselves on the Monaro, where I grew up.

“I was still commuting to Canberra and working with IBM for a while, and then we eventually found this great business that I could get involved with, which became Birdnest.” 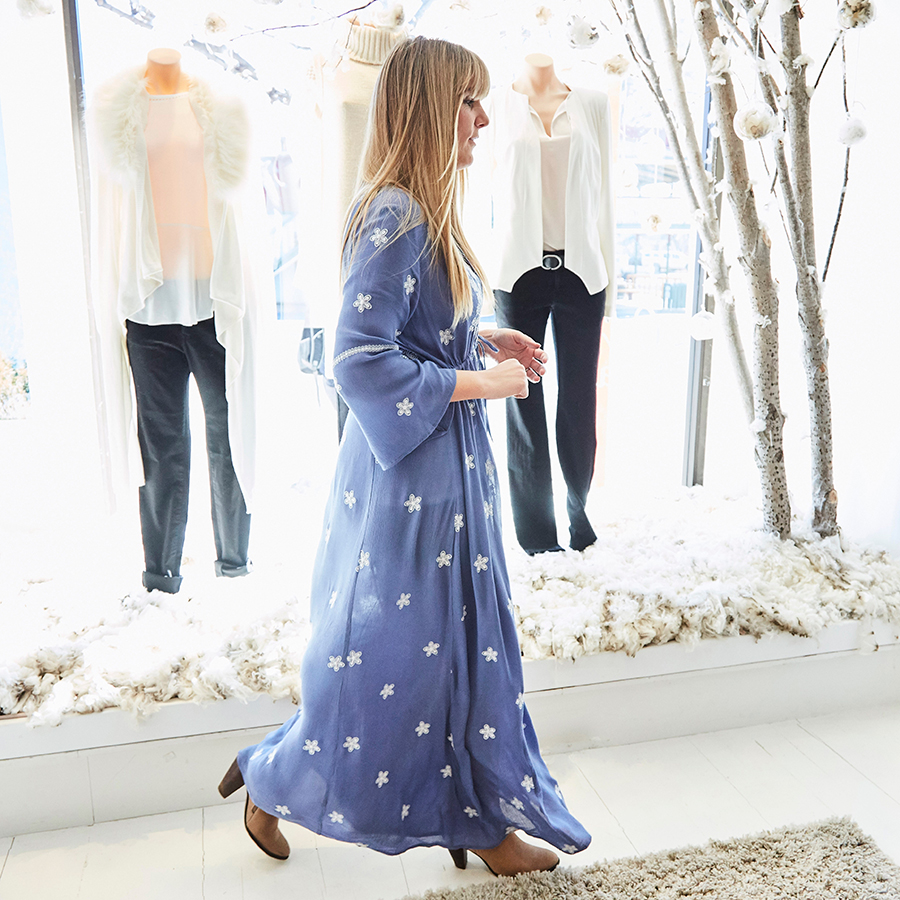 It was working with women on the shop floor where Jane discovered first-hand that the notion of retail therapy was real. From this, she became passionate about inspiring confidence in all her customers.

“I didn’t have a massive passion for fashion at all before I started, but I really loved business, I loved systems, I loved working in teams and solving problems. I didn’t know much of the world of fashion apart from that I loved dressing up to feel good in my clothes. No one would have said ‘Oh Jane, she loves her clothes!’”. So I sort of fell into it, and it wasn’t till I was working on the shop floor, and when you take on a small business like that, you do everything, you open the doors and vacuum the floors, payroll, serve the customers.”

“And in serving women, which is quite a vulnerable space for women, coming to find clothes that suit them and that they feel good in, because women are just so tough on themselves and their bodies. I thought wouldn’t it be great if we could create a space where they could be really honest with us, and we can work with them.”

“I started to study what stylists do and how they really work to help women show off the things they love the most and basically empower them in their own style and make them feel more confident. With a bit of knowledge about how clothing works and how it’s cut and how bodies work, you can really help someone, and they can feel more confident in themselves.”

It must be translating because 70% of all Birdsnest revenue comes from return customers. They won Best Online Customer Service Award in 2015 and 2016 at ORIA (Online Retail Industry Awards). And as every online order comes with a handwritten and personalised note it’s not hard to see why Birdnest received a Net Promoter Score of 91 from their customers.

Jane’s foresight in predicting the power of online shopping – long before many of the larger Australian retailers – has meant significant growth for the business. Birdsnest is within the top 40 most visited apparel sites in Australia, with more than 90% of sales coming from online.

“It wasn’t until two years into the business that I thought about selling clothes online. We had doubled the turnover in the retail store, and we had pretty much run out of people in the Snowy Mountains. I knew about online and felt confident working with website developers to build something and thought we could really extend our market by going online and look what’s happening in the UK and the US.”

“I definitely thought it would be more successful than anyone else, everyone was saying ‘Jane, that’s just not going to work, people just don’t buy clothes online. They need to try them on, it’s a physical experience,’ but I thought it could really work.”

“Initially, I thought the if the website could make half of what the store made it would just help support the retail store. And if it goes super well, and starts turning over the same amount as the store (at that point the store was turning over $1 million) well, wouldn’t that be amazing and then we could go and open other stores in other towns. At the time, I thought we needed a physical footprint and that you can’t just have an online footprint. And then, of course, it kept growing and growing and the idea of running physical stores around the country was like a nightmare for me.”

Jane employs 150 staff, and her majority female workforce are some of the happiest employees in the country. Birdsnest took 4th place in BRW Great Places to Work with over 100 employees for 2017. It’s the second time it appeared on the list, taking 8th place in the under 100 employees category in 2015.

“At the start, I wasn’t focusing on culture, we were just hiring left right and centre and not thinking about getting the best people into the best roles. It was just about anyone who wanted to get on the bus, then get on the bus and just help us get to the destination.”

“It doesn’t matter what perks you have or how cool your coffee is, or if your office is stocked with alcohol or if there is a pool table, it’s actually not about that.”

“People want to work and want to feel individually that they are contributing, that they are seen and that someone feels grateful for them. Ultimately, the thing this team does is that there is a huge amount of camaraderie. It’s not even about what I do, I hear about what people do for each other in this team, and there is an enormous amount of compassion. If someone is having a difficult time in the team, everyone else will carry them through it. They are very much more than colleagues.”

“What we do to cultivate that soil and give them the environment where they feel they can do that. To do that in the work space with colleagues, you have to allow yourself to be quite vulnerable, so either to be really daggy, you have to either dance in front of each other or be really stupid or to really show your emotions, so if you’re not coping you don’t just have to come in and put that face on for work.”

Jane is passionate about employing locally rather than looking to nearby Canberra or Sydney to recruit talent.

“I’m passionate about this community and giving people really interesting careers in a rural location. We have one full-time employee in Sydney, which is handy because a lot of the buying happens in Sydney and she’s also the production manager.”

“Other than that, pretty much everyone else is based here. We can’t believe who we uncover in the mountains. I’m working with a woman who went to NIDA, she worked on The Great Gatsby and for Baz Luhrmann for ten years, and now she’s helping us. It’s amazing the people you find now in the country.”

“I was very stressed and as a result was a very irritable and snappy human being and therefore not a very compassionate and inspiring leader.”

While Jane’s winning awards for the culture she’s implemented at Birdsnest; there was also a period where she had to change her own leadership style. It had got to the point where Jane needed some time out, and it was at a mindfulness retreat where she discovered the power of meditation.

“I definitely thought ‘meditation shmediatation, who has got time for that? That’s ridiculous’. But it was me coming to a crisis point where I wasn’t that in love with the business. I was very stressed and as a result was a very irritable and snappy human being and therefore not a very compassionate and inspiring leader.”

“In general, that’s how I was feeling, and the team helped me recognise that. They were kind to me in their feedback, and all I could hear from them was that I needed to calm down. That’s when I discovered this amazing way of re-centering, and I thought, ‘why are we not taught all this stuff in school?’ because it’s so basic. Learning that self-compassion knowing you’re still going to stuff up, but you don’t have to beat yourself up about it.”

In true Jane style, she immediately recognised that meditation also had potential in the workplace too. Employees at Birdsnest now have the option of being involved in a daily mindfulness and meditation practice. Oh, and did we mention she puts on three Christmas parties for her staff and their children too?