How Jessica Abelsohn turned her grief into good

How Jessica Abelsohn turned her grief into good

When Jessica’s mum died of cancer, there was one silver lining: starting a movement that would help stop others suffering the same fate. It’s a pretty scary word. The big C word. You never think it’s going to happen to you. It’s even scarier when it’s accompanied by the word ‘pancreatic’ – if not caught early enough, it’s pretty much a […] 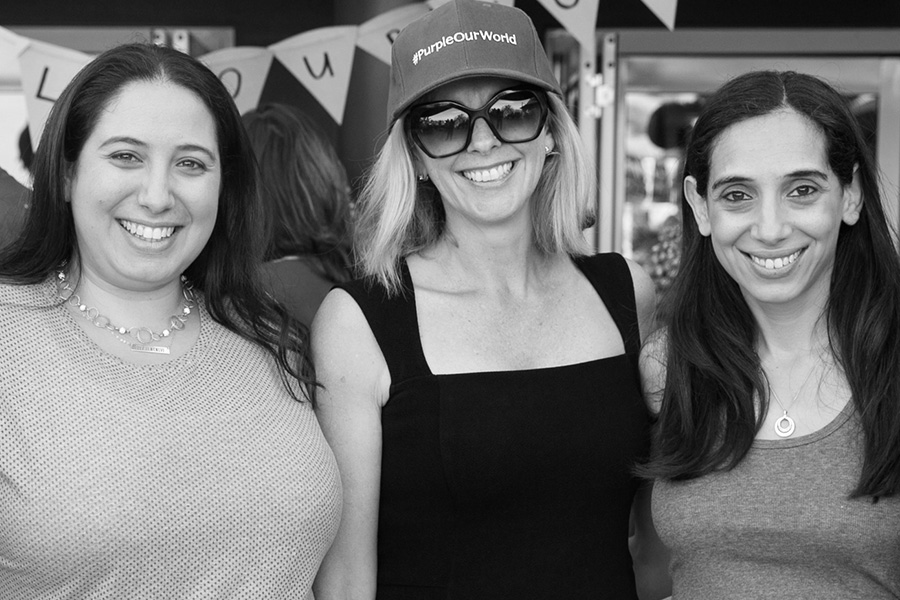 When Jessica’s mum died of cancer, there was one silver lining: starting a movement that would help stop others suffering the same fate.

It’s a pretty scary word. The big C word. You never think it’s going to happen to you.

It’s even scarier when it’s accompanied by the word ‘pancreatic’ – if not caught early enough, it’s pretty much a death sentence.

My mum was diagnosed with pancreatic cancer on 26 March 2013. I was 26 years old, facing a future without my mum by my side.

Over the course of 16 months, mum went through 13 rounds of chemotherapy, 10 intensive days of radiation, several hospital stays and multiple drains to remove excess fluid from her stomach.

While we didn’t know much about pancreatic cancer at the time, looking back, mum had actually been displaying symptoms for quite a while. She lost her appetite, would experience bad heartburn and indigestion, was feeling ill a lot of the time, and her sugars began to fluctuate. However, her symptoms were largely put down to stress and lactose intolerance.

Despite first being told mum could undergo surgery – the only cure for pancreatic cancer – we soon found out that this was not to be. Instead, it was about keeping mum alive and comfortable for as long as possible; in other words, palliative care.

During the 16 months, there were some happy memories made – proposals, engagements, family holidays, first birthdays and weddings – and mum was there for each milestone our family reached.

In July 2014, following a bout of pneumonia and a stint in hospital, we were told there was nothing further that could be done for mum.

On 3 August 2014, our extended family flooded our family home to say goodbye. Mum passed away peacefully at home, at 2:20pm, holding mine, my sister’s and my dad’s hands. There were about 20 members of our family surrounding her.

During mum’s treatment, we were shocked at how little awareness and funding there was for pancreatic cancer. I often tell people that I didn’t even know what a pancreas was before, and evidently many people are in the same boat.

So we decided to ask everyone we knew to wear something purple and share a picture on social media using the hashtag we created, #PurpleOurWorld.

We had three weeks to drum up a campaign that we hoped would help spread awareness, ensure others knew that they were not alone, and also serve as a bit of therapy for our family.

Our overwhelming success proved the power of social media, as our message took a life of its own. We went global.

We were simply amazed at what we had achieved. Our little backyard operation to honour our wife, mum, sister and nana had turned into much more than a simple gesture.

We decided that we had to take #PurpleOurWorld to the next level, starting talks with Tracey Spicer and Robbie Farah, both of whom lost their mothers to the disease. Both are now #PurpleOurWorld ambassadors.

Rather than raising money, #PurpleOurWorld is all about raising awareness. When we founded the movement, we were adamant that we did not want to take funds away from the organisations that were already doing such fantastic work in the pancreatic cancer space. So, we decided to work with them instead – joining forces with the Garvan Institute of Medical Research, GI Cancer Institute, Avner Foundation and Pancare as our charity partners – all of whom are with us here today. Together with our charity partners and Cancer Australia, we launched the Australian Pancreatic Cancer Alliance in November 2015, with the aim of raising awareness and supporting medical research into the disease.

Since #PurpleOurWorld’s inception, we’ve grown in leaps and bounds. NRL teams have worn #PurpleOurWorld socks giving national attention to our cause. Gelato Messina has created a #PurpleOurWorld flavour which was sold on the week of World Pancreatic Cancer Day. We also have many corporate supporters including ANZ, Westfield, Ramsay Health Care and IAG. And this year, we created an app, shareable via text or email, to expand our reach.

Also last year, after meeting at Business Chicks’ expo 9 to Thrive, we teamed up with fellow Premium member Clare Elsworth from bbe boutique to create a Mother’s Day candle, where all funds raised were donated to our charity partner, the Garvan Institute of Medical Research.

You can check out ‘Purple Our World’ here, and support them on Facebook here.