Everything you missed from our Kate Hudson event in Sydney

Everything you missed from our Kate Hudson event in Sydney

Yep, it was PRETTY FUN. 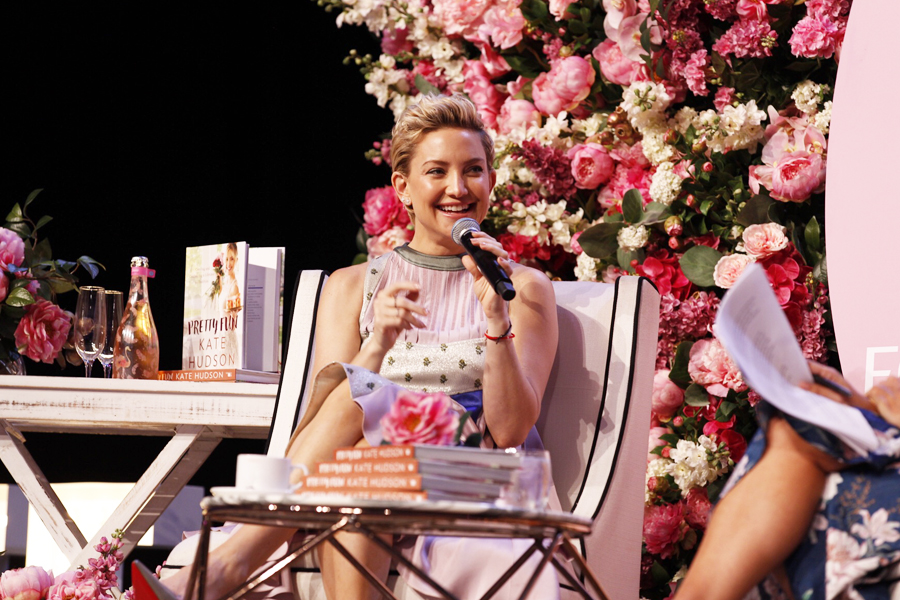 Warm, engaging and down-to-earth, Kate Hudson was just as fun in real life as you expect her to be when she took to the Business Chicks stage today.

For close to an hour, Kate in conversation with Emma Isaacs spoke about everything from running a successful business to growing up in Hollywood to her involvement in the Time’s Up movement. Here are our favourite takeaways the actor, producer and Fabletics co-founder shared with our 1600+ members and attendees.

Despite her famous parents, Goldie Hawn and stepdad Kurt Russell, Kate didn’t always plan to get into acting. The 38-year-old thought she’d be a singer, but when she started auditioning for movies and then winning parts well, we know the rest. Kate says she never felt pressured her to live up to her parent’s expectations; they wanted her and her brothers to work hard, be happy and have fun while doing it. Let’s be real, Goldie Hawn sounds like the coolest mum ever (if you don’t already follow her on Instagram, she is hilarious).

On the pressure to succeed:

“When the [family] unit is that strong, failure is fine. I never felt like I had to do everything right.”

Growing up, Kate never had the feeling that she had to be the best at something; she would just try her best instead. She was driven by a goal, but never the idea of success. Not that she wasn’t determined. “Nothing ever threw me off my goals,” she said laughing. “Growing up with four brothers and having to prove myself with all the testosterone in the house gave me a competitive edge.” 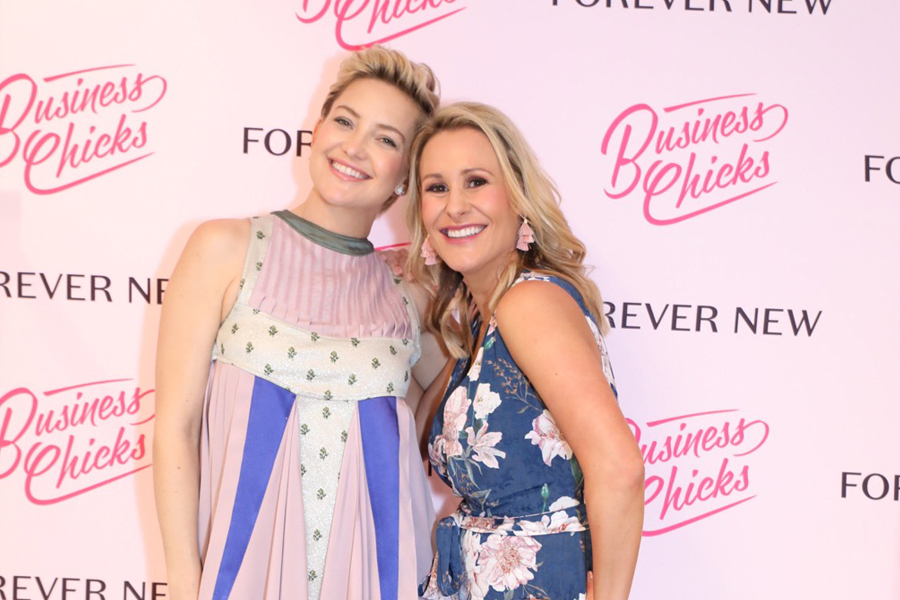 On the Time’s Up movement:

“Time’s Up and #Metoo are not just about harassment. It’s an overall presence of women being stronger and saying ‘I’ve had enough of being put in this corner’ whether it be domestic abuse or in the workplace. We’ve had enough; let’s learn from our history and move forward to create an opportunity for men to raise their consciousness and now meet us on a different level.”

Talking about her involvement in the Time’s Up movement, Kate spoke about how for the first time in history, women feel like they are not going to be damned for talking about an experience that has traumatised them. On the groundswell movement we’re seeing right across the world, Kate emphasised the importance of women supporting other women, rather than competing with each other. She said, “historically, women have been placed in the position where we have to compete with each other, and that’s slowly starting to drift away, which is nice to see.”

On her Fabletics success:

“I didn’t go into the company thinking it would be THAT successful. I did go into it thinking ‘ok, let’s kill it.’ But I didn’t think we’d be where we are after four years.”

Kate admitted she didn’t know anything about ‘digitally native’ businesses before Fabletics. The most challenging part wasn’t the transition from movies to clothing production, but that their success was happening so fast. “We were a startup, we had a lot of mistakes happening, and you just try to make sure they don’t get out of hand. I was proud of how the company got on top of everything.”

When asked about if she’s proud of her success with Fabletics (that little startup is now a $250 million company), Kate said to the 1600+ attendees, “women don’t ever really celebrate their success… why don’t we do that?” before adding, “but, fuck yeah!” 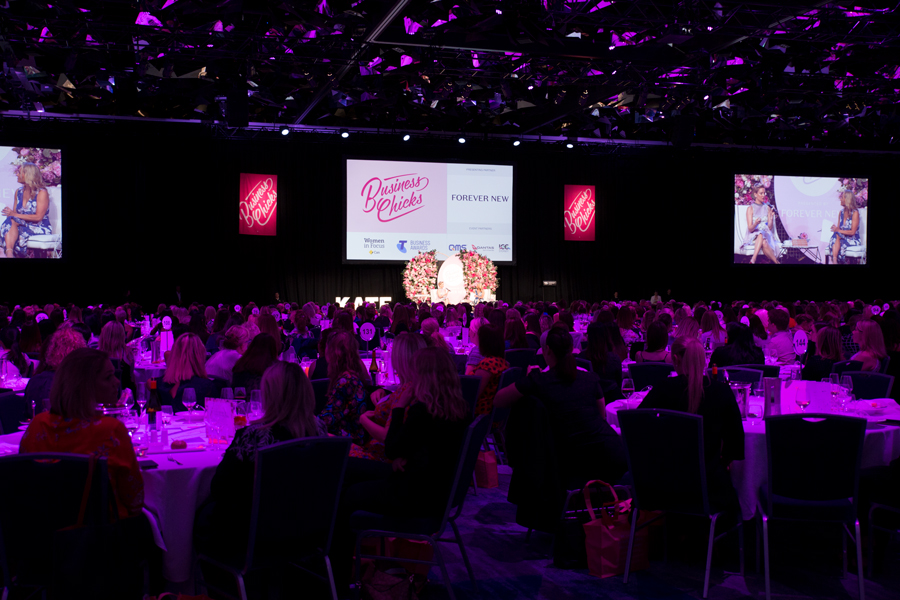 “I think every woman in every walk of life, especially when you have kids and complicated relationships and you’re working, has those moments when you think you’re failing at everything and trying to keep everything afloat.”

It’s in these hard life moments where Kate thinks real success and personal growth lies. When you can pause to reflect on what’s happening and how you got there, rather than pointing fingers or blaming others. “You have to go, how did I get myself here and how do I make this better for everyone?” Kate admitted she’s made lots of mistakes in her business and career, but she doesn’t regret a single one. She added, “I have the optimistic gene. Life is so fleeting and short, and I just want to have a great time doing it.”

Our Melbourne lunch with Kate Hudson tomorrow has sold out, but if you’re in Brisbane – you’re in luck. We have a handful of tickets left, head to our events page to book now.

A huge thanks to our presenting partner Forever New, exclusive airline partner Qantas, and event partners QMS, International Convention Centre Sydney, and The Collective Wine company – we couldn’t have done it without you!