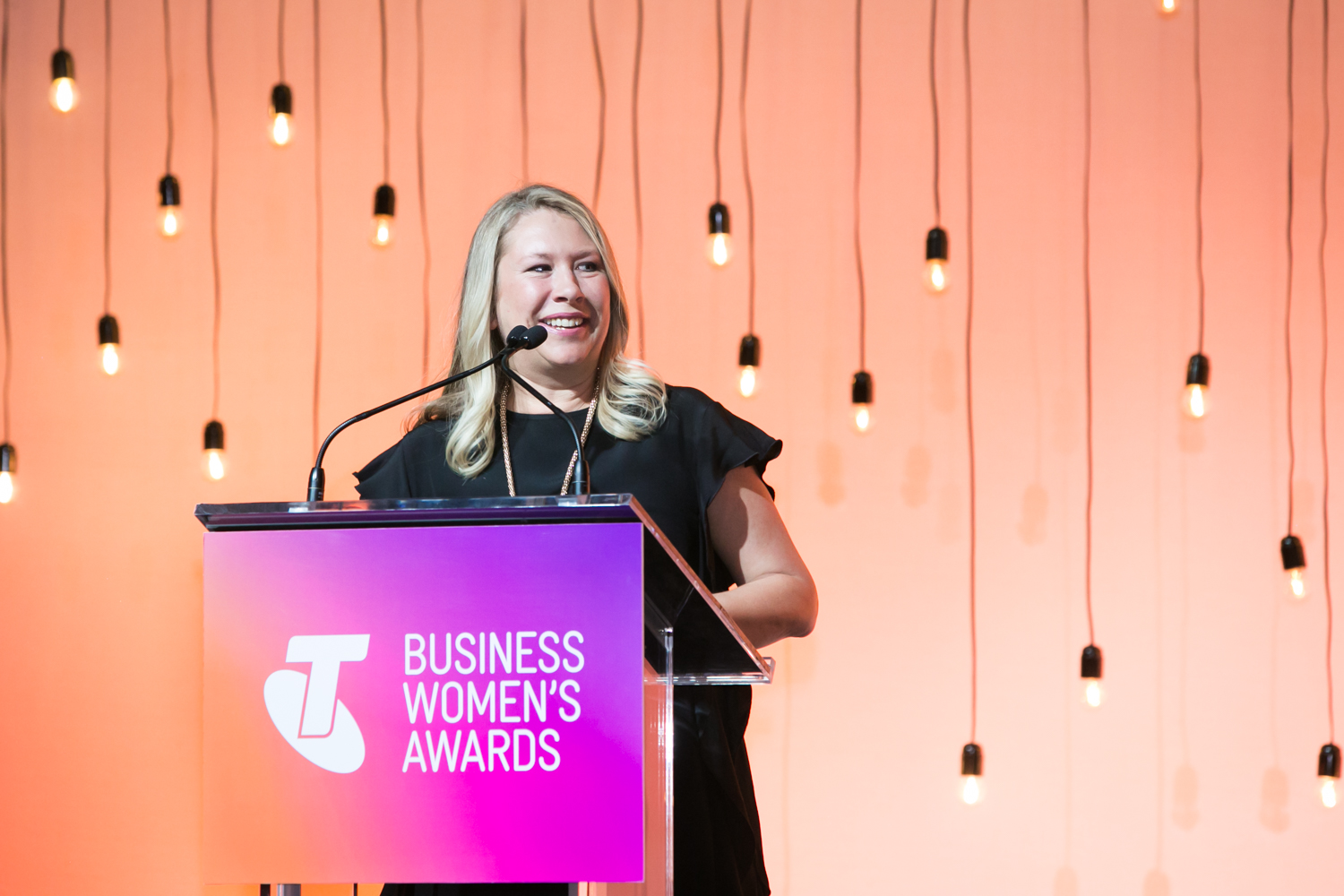 Remember that time 27,000kg of tuna in individual 50g plastic packages was about to be thrown away after a large supermarket cancelled their order at the last minute? Probably not, because it never made mainstream news. But for Katy Barfield and her team at Yume, seeing extreme food waste cases like this is just another day at work.

More people might be buying imperfect fruit and recycling but such stories tell us food waste is a bigger issue than we think. Australia alone discards 9.5 million tonnes of food each year. Of that, 3.9 million is from the commercial food sector with an estimated 400,000 to 600,000 tonnes that’s quality, edible food. Cue Yume, a social tech startup disrupting the food wholesaling industry.

Founded in 2014, online platform Yume connects food producers and buyers with the sale and donation of surplus food that may have otherwise gone to waste. It’s a simple solution to a complex problem—a formula Katy knows best from running successful startups for over 12 years. Her next challenge would be bullet-proofing her vision.

“If I had a dollar for everyone who told me ‘it can’t be done’, ‘it’s a waste of time’, ‘people won’t buy food online’, and ‘they’re never going to pay upfront’, then I swear I would never need to fundraise another cent.

“Well, we’re still here. We’ve got people transacting on Yume, and they do buy from an online platform, and they do pay upfront.”

Yume helped move that entire tuna parcel through to other buyers but there are many occasions when that doesn’t happen. Katy is overwhelmed by the size of the problem but also encouraged by the number of people signing up to the Yume solution, saying she focuses on putting one foot in front of the other.

While it’s a nice thought that the increasing number means more people care about food waste, the “food rescue veteran” isn’t on a mission to make everyone care. Instead, she provides a simple tool to normalise ethical standards and understands the art of who she’s speaking to to find new business.

“There are companies that are environmentally aware and want to do more in the space. They’d use Yume and they’ll share that fact in their own tenders to show that they’re at the forefront of innovation. Then there are others who just want a great deal, and that’s okay.

“I don’t worry so much as to why people shop or place products on Yume. As long as they do it and we stop food going to waste.”

Yume is one in an estimated 20,000 social enterprises operating in Australia, one of the fastest growing sectors in the country’s economy that Katy believes is the way of the future.

“The day is coming where businesses just making money for the sake of money isn’t going to be tolerated. It’s also no longer acceptable to claim in your annual report ‘every single member of our company donates two hours every year to volunteer work’. That’s not good enough. These companies are going to find it hard to attract and retain amazing talent. You need to have a mission and a cause, and employees need to see the company making a difference rather than seeing money in their account every month.”

But we can’t just hire great copywriters to schmooze up a cause. It takes channelling personal bigger-picture frustrations like “we can’t continue as a species being as wasteful as we are”, into running a believably purposeful business to then rally up around you a hardworking likeminded team and see investment from impact investment groups, like Katy has done.

“You can’t pretend passion. And you’ll need that passion to tackle hurdles that seem insurmountable in business. You hit wall after wall after wall, and it’s a genuine passion that will drive you forward. The sum of parts is stronger.” 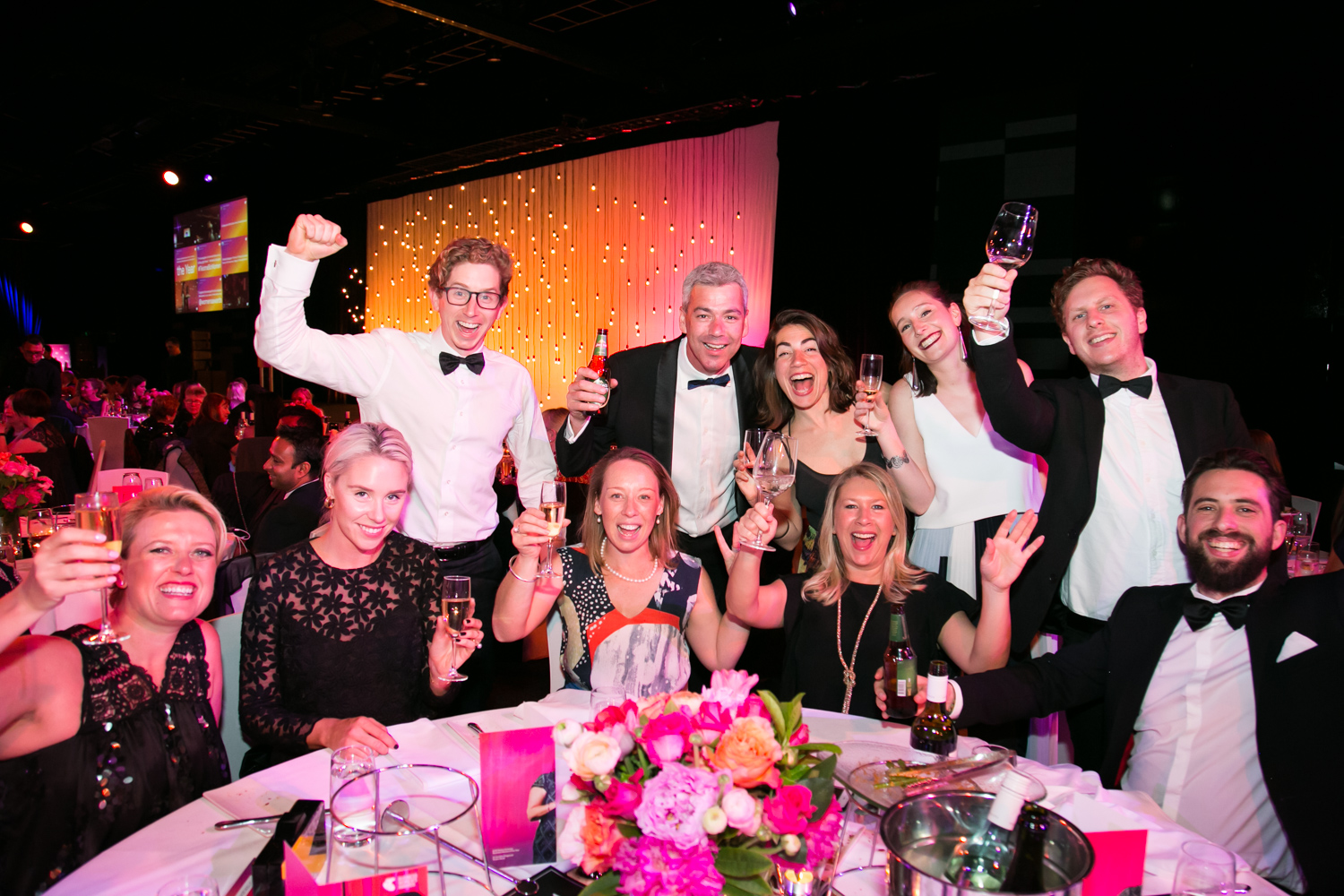 Katy also believes employees earning loads of money and then donating 10% of their earnings to charity are models of the past, calling out the government to provide more rewards for social entrepreneurship and those working in the space.

In November 2017, the Australian Federal Government announced its National Food Waste Strategy to halve the country’s food waste by 2030. The attention was exciting but the initial funding of $1.3 million over 24 months seemed ludicrous, “If you think about the food rescue organisations between them that move less than 2% of commercial food waste and it costs $45 million a year to run them, where’s $1.3 million going to get us?”

Then on a grassroots level, social enterprises are “gravely undervalued” in Australia and don’t have the same tax breaks as charities because even though they’re for purpose, they’re also for profit.

To Katy, profit and purpose must co-exist—these businesses need to actually make money so that they can pay real wages and attract real talent, and only then, we’ve got people actually working in them.

One thing she does commend the government on is granting Yume a $125,000 research and development grant for their two years of hard work developing a bespoke platform that tackles a global problem. In retrospect, she’s spent $600,000 growing the platform.

More of this would be helpful but she also wishes they’d be easier to find, “The government needs to better communicate how they can help. Start-ups are constantly working on and in the business, we just don’t have the time to find grants and apply for them.”

Katy received her next big break winning the 2017 Telstra Victoria Business Women’s For Purpose and Social Enterprise Award. The Awards are known to delve deep into the business model, the finances, the ups and downs, and hold extensive interviews—“when people hear you’ve won that, or even that you’re a finalist, it adds a lot of credibility to your business”. This stamp of approval—something Katy believes is incredibly worthwhile for startups to show their due diligence—led to Yume securing transactions with a global industrial caterer.

Looking back, Katy wished she sought advisors and mentors earlier in her career but has now made connections with the other women in the Telstra Alumni, sharing learnings and ideas over meet-ups with Michelle Gallaher of Women in STEMM, Jacinta McDonnell of Anytime Fitness, Linda Monique of Almo Milk, and fellow social tech enterpriser Cyan Ta’eed of Hey Tiger.

She stresses the importance of women’s support networks because, “We’re a similar minority, let’s face it.” Katy’s seen it all in the last 20 years at senior level: having board members turn around and ask a male in her team questions that weren’t in his remit of work that should’ve been addressed to Katy, for one.

“The honest truth is that I wish we didn’t have standalone women’s awards and that there were just awards, but we’re so underrepresented that we need them.

“These networks allow you to talk to women who have gone before you, share stories, and give yourself comfort that you’re not going mad and that you do know what you’re doing.”

With a reluctant government and glass ceilings to smash through, today’s female-led social enterprise should expect some serious slog. But, “Build a community around you who really believe you and back you,” Katy says, “Then you can go wherever you want to go.”

The Telstra Business Women’s Awards exists to recognise and celebrate women who are redefining the way we do business and creating new benchmarks for success. Undoing traditional business practices, championing inclusion and innovation, and using their own unique approach to inspire others to do the same. If you know a woman who’s thriving by undoing business, nominate them now for the 2019 Telstra Business Women’s Awards here.

Read next:  ‘For me, the payback was seeing the people I was helping start to be happy and excited about their lives.’