‘When I landed with my fifth set of foster parents at 13, I understood what choice was.’

‘When I landed with my fifth set of foster parents at 13, I understood what choice was.’ 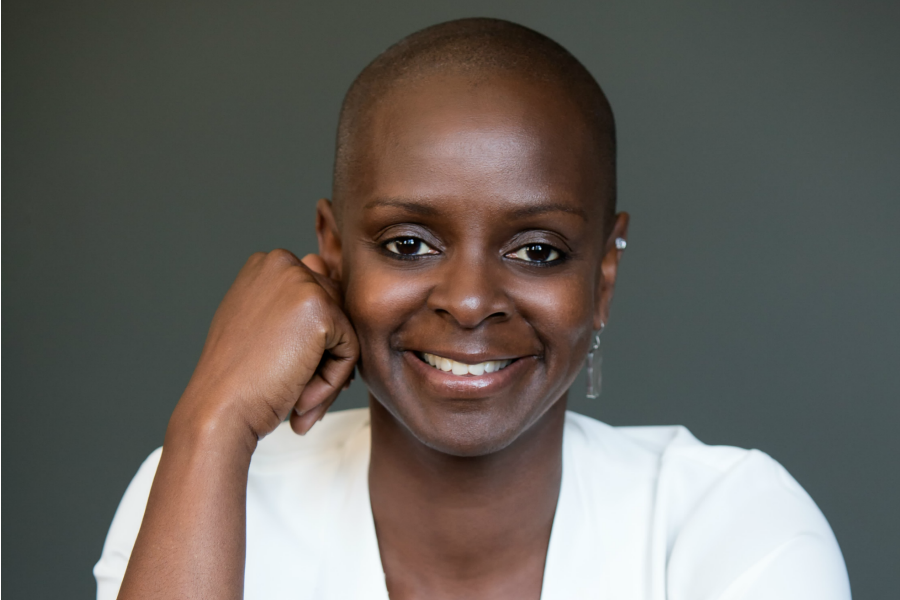 The Tuesday morning I interviewed Kemi Nekvapil, she had woken at 6am, meditated, journalled, been running, and then working until I called her.

Surely, this has to be a test of mental discipline every day, I ask her.

“Well, not anymore. I have been practicing yoga and meditation for 23 years now, and I have been an endurance athlete for eight years. It’s normal now,” she says.

In truth, Kemi also doesn’t believe that what she does in the morning is the most important part of her day.

“What you do at night sets you up for the type of day you’ll have tomorrow,” she says. So, at 9:30pm, Kemi is in bed and the lights are flicked off half an hour later.

If you are dedicated member of the Business Chicks community, then Kemi’s face would be incredibly familiar to you. Meeting our Global CEO and founder Emma Isaacs at a Business Chicks event over seven years ago, Kemi is now a regular speaker at our events (including this year’s 9 to Thrive!), and is a featured columnist in our Latte magazine. 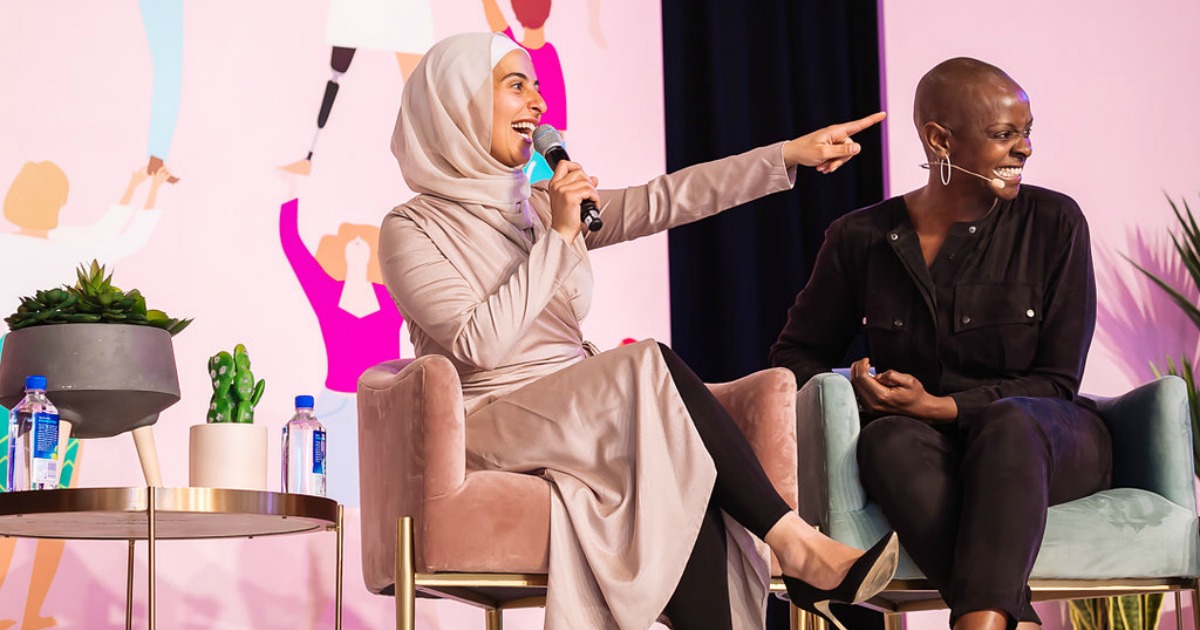 Kemi (right) speaking with Amna Karra-Hassan on the Never Before panel in Sydney. Obviously, it was super fun.

Googling Kemi’s name, you’ll find that today she practices as an Executive and Personal Coach. As you scroll through her story, it might seem like she has tried her hand at everything. And, you’d almost be right.

English-born with Nigerian heritage, she moved from foster family to foster family growing up. Now take a deep breath before reading this but, Kemi first trained as a baker, then actor, chef, yoga instructor, before moving to Australia and becoming an accredited life coach, ultimately leading to where she is today: Executive and Personal Coach. In between that, she’s also written two books.

I’ll refrain from using the word “over-achiever” (can’t we all just be achievers, here?!), but reading Kemi’s career history, I will say: it’s incredibly diverse. It’s not like the average person will be a baker one day and then a successful actor the next.

What I really wanted to know was, did Kemi know deep down that she was always destined for something more? That she was always meant to help women in the way she does, and simply bided her time in the Royal Shakespeare Company?

“I believe everything I have done has been leading to this. It has built me to help empower women in the way I do today,” is her first response.

“I have no regrets. I don’t live in the world of should have, would have, or could haves. I’m constantly growing and learning…and I will have new life experiences that will grow what I can give to women.”

Kemi’s reasoned and thoughtful perspective on her life isn’t surprising, as she’s been practicing it her whole life – even if she didn’t realise it.

“When I landed with my fifth set of foster parents at age 13, I learnt for the very first time what choice was,” Kemi writes on her website.

“My experience of that disempowered childhood changed the very moment my new foster mother took me shopping and asked me to choose which colour underwear I wanted. In that instant, I understood what choice was, and how it felt; and I have been choosing ever since.” 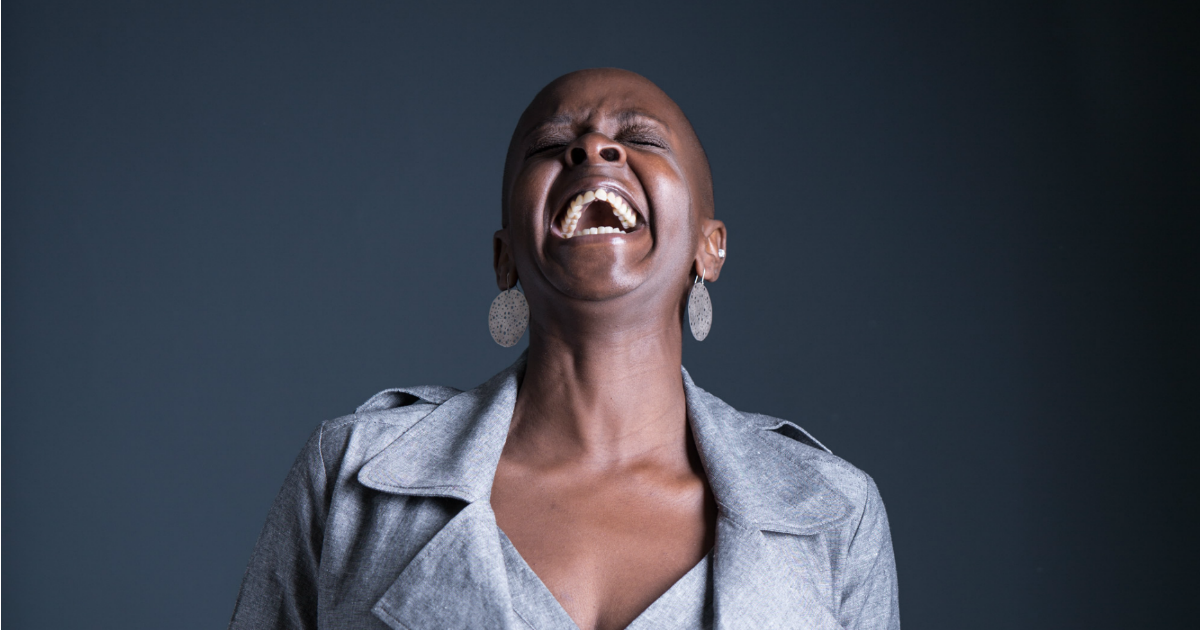 Since 13, Kemi has been making her own choices.

Kemi also recounts another life-changing decision she made for herself at 16 years old.

“I had looked at the mirror when I was in school and I had all my friends, who were all white and who all looked completely different to me,” she told Show + Tell.

“I thought, ‘You don’t look like anyone here. So, you should probably just stop comparing yourself to anyone, ever again.’ And, I did. I just stopped comparing myself.”

To realise at 13 that she had a choice and at 16 to not fall into the compare and despair cycle, is the epitome of being “mature for your age”.

When I asked Kemi what inspired such introspection, so young, she paused before answering, having never been asked before.

Everything that Kemi says is considered, reflected upon. It’s why she was quick to correct me that working as a personal coach is not about “giving life advice”.

“It is about holding space for someone where they are not judged or shamed. I ask questions. We explore obstacles and we brainstorm actions. And, then they can make the choice on how they will move forward.”

Part of what makes Kemi so fascinating is her dedication to continued growth. You would be forgiven, even after having one conversation, if you thought she couldn’t grow anymore.

Far from it. Kemi commits to continual growth saying, “I am committed to being the best coach and speaker I can be and that requires growth in all areas of my life.”

“ You cannot get through a single day without having an impact on the world around you. What you do makes a difference, and you have to decide what kind of difference you want to make.” – Jane Goodall . Moderating a panel takes being 110% present to the people in front of you. . Moderating a panel for @businesschicks that includes @samanthagash @amnakhassan @emilyduggan1 is a whole new level of presence. . Presence to how we live as individuals is not only empowering to those watching it is also affirming. . Ladies, the tide is turning and it will take the presence of us all to keep turning it. . Please check out these women if you do not already know them, it is time you do. . #SamanthaGash – Endurance runner for social change . #Amnakhassan – Founder @auburngiants . #emilyduggan – Racing car driver . Show your daughters what these women do, it will help shift their reality of what is possible. 👊🏿👊🏽👊🏻 . Baby Harry will know no different than the reality that surrounds him. 🙏🏿

At 9 to Thrive in Melbourne, Kemi’s joining our own Emma Isaacs to talk Winging It, Emma’s new book but also philosophy to stop thinking and start doing. Plan less, do more.

As a self-confessed, obsessive planner, the idea of just winging it terrifies me. So, I put it to Kemi. “Do you think we can really wing it?”

“To me, winging it is about saying yes. Saying yes only takes a few seconds…in the moments after you can work out how,” she says.

In between saying yes and doing it, Kemi believes is where all the learning, creativity, and personal development happens.

“Abby, winging it is creative growth.”

Now, looking back at everything Kemi has worked at, so much creative growth has come from winging it.

In that space between saying yes and doing, Kemi experienced her creative growth.

So, when I ask Kemi my final question, her answer shouldn’t have come as a surprise.

“For the women across the world who don’t have the privilege of spending half an hour on the phone to you like I did, what is one lesson you want them to internalise?” I asked.

You’re coming to 9 to Thrive, right?