How leaders can help their teams to thrive

How leaders can help their teams to thrive

Rearn Norman, CLA’s Senior Psychologist on how to create a high performing team 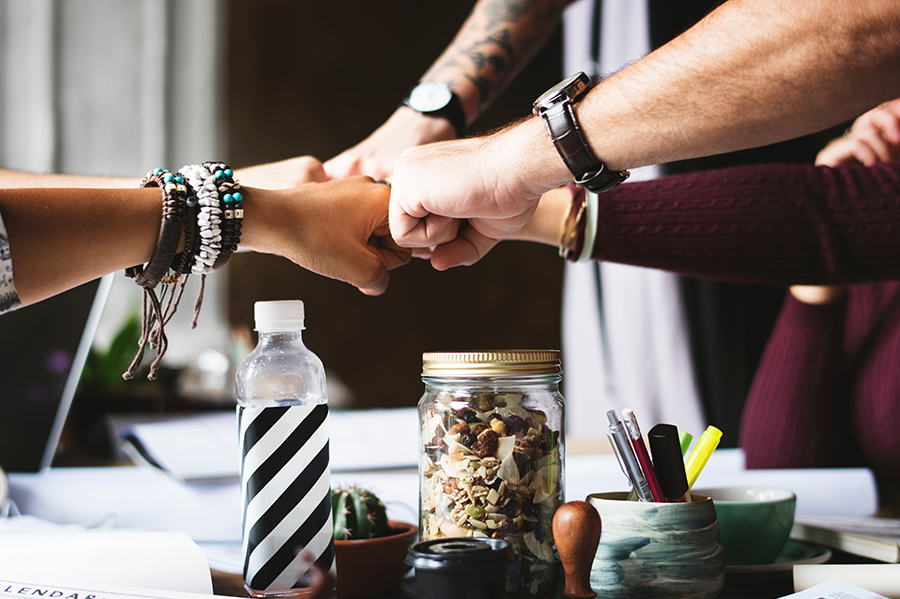 Whilst working with a team of executives recently, I asked them to reflect on the best and worst team environments they have experienced in their careers.

This was part of an exercise to understand what leads to high performance in a team, and how they could as leaders try to facilitate similar outcomes within their own teams.

Just as when asking people about their experiences of good vs. bad managers (!), it didn’t take much to draw out the differences in these experiences, as well as their consequences.

The worst team experiences very quickly came to the minds of these executives, and were recalled with precision as to why they were so terrible. These teams were described as:

An example of one executive’s experience:

“The worst team experience I had was early in my career. I just remember this general feeling that everyone lacked a vested interest in being there. What was worse, was this distinct sense – an unspoken rule – that you just had to keep your head down, do your job and not rock the boat or step out of line. It was so uninspiring.”

In contrast, the best teams these executives had been part of were recalled eagerly, and were described as:

One executive’s recollection of their best team experience:

“It was just one of those situations where we all knew what we had to do, we had the know-how and we had a good time along the way…. but more than anything, we all backed each other. We felt good about the people we worked with and everyone had a place. There were no passengers.”

Research has looked extensively at high performing teams across a multitude of settings, in an effort to pinpoint the elements that contribute most to a team’s success. Two factors commonly identified include:

The size of the team matters, as does the mix of skills, background and perspectives. Research has indicated that teams are more effective when they are kept small enough (less than 10, typically) to enable effective decision making, and when there is sufficient diversity to achieve creative problem solving (McKinsey Quarterly, June 2017)

The quality of the team dynamic matters as much – if not more – than the quality of talent in your team. In one MIT research project, sociometric data was used to monitor communication between team members via wireless electronic badges. Perhaps unsurprisingly, it discovered that teams performed better when they had more face-to-face communication, spoke regularly outside of formal meetings, and had interactions between all team members to a relatively equal amount (The New Science of Building Great Teams, HBR 2012).

It was, however, a well known case study conducted by Google (reported in 2015), that put another, critical factor of team performance onto the radar. Google’s two year study they titled Project Aristotle (a tribute to the quote “the total is more than the sum of the parts”), looked at the performance and behavioural norms of over 180 teams across the tech giant. Google’s data scientists on the project identified that the most important factor contributing to high team performance, was a concept called psychological safety.  Described as “a team climate characterised by interpersonal trust and mutual respect, in which people are comfortable being themselves” (A. Edmonson, Harvard), the idea of psychological safety has taken off for leaders who want to build positive, engaging and high-performing workplaces.

Otherwise put, psychological safety exists for teams when people feel that they:

In addition to high performance, the presence of psychological safety in teams has been linked to other positive outcomes such as moderate risk taking, increased persistence when solving complex problems, and enhanced creativity…all of which are ideal behaviours for fostering innovative and inclusive organisations (Delizonna, HBR 2017).

Because we all have some level of reluctance to be seen in a negative light by others, especially when it comes to the workplace, it makes sense that a lot of people go about their work in a self-protective mode: they might play it safe, avoid making or admitting to mistakes, and hesitate from asking questions out of fear they will be judged or perceived to be incompetent. In a way then, leaders have a particular imperative to overcome this tendency by consciously creating a safe environment: a shared understanding of the team that it is OK to take (reasonable) risks, to have different ideas, and be themselves at work. From my own experience – and no doubt that of many others – this resonates clearly and aligns to what many people describe as the best team experiences they have had: having a voice, feeling valued, and being encouraged to confront difficult issues or even to openly disagree with others without feeling at risk of being unfairly cast down, or out.

So, what can leaders do in practical terms to improve the performance, creativity and engagement levels of their team? Firstly, remembering that teams must initially have the right structure and composition in place, and that there is total, shared clarity as to the goals and purpose of the team. Beyond this, for leaders who want to enhance the  psychological safety of their team or workplace, research would suggest the following practices:

If your team sense that you are regularly out to point the finger for things that have gone wrong, you will very quickly trigger the old fight-or-flight response, inadvertently reinforcing the exact behaviours you DON’T want to see (avoidance, lack of accountability, shifting blame). When a problem occurs, approaching these situations with a mindset of curiosity rather than blame (‘I want to understand more about how this happened, and your perspective on what we can do differently’), will help people feel more comfortable about owning up and learning from their mistakes.

Asking the team to come up with as many ideas or solutions as possible. Deliberately asking ‘what else’. Ensuring every person is contributing – no passengers or holding back. And above all else, ensuring that you hire for diversity. These practices will demonstrate clearly that you place value on creative problem solving and that you wantpeople to stretch themselves to think in different, innovative ways.

Role model: be the change you want to see.

Leaders cast a very long shadow in terms of the example their own behaviour sets for the team. Every chance you get, think about ways you can role model the behaviours you want to see in your team. Admit to your own failings. Be vulnerable. Share your learnings and insights. Seek feedback. It will have a hugely positive effect on the belief of the team that it is OK – more, that it is preferred – for them to behave in these ways.

Understanding that performance is as much about how a team operates, than who the team encompasses, gives leaders cause to really ensure the environment they create for their team is one where people feel safe to be the true – and best – version of themselves.

Rearn Norman is a Senior Psychologist at The Centre for Leadership Advantage (CLA), she’s also a facilitator for the LEAD programs, a partnership between CLA and Business Chicks. If you are interested in finding out more about our LEAD programs for Emerging Leaders and Executives, click here to read more and register your interest.