Leigh Sales: ‘Walk towards what you fear, it’s what fills you with growth.’

Leigh Sales: ‘Walk towards what you fear, it’s what fills you with growth.’

Today was anything but ordinary. 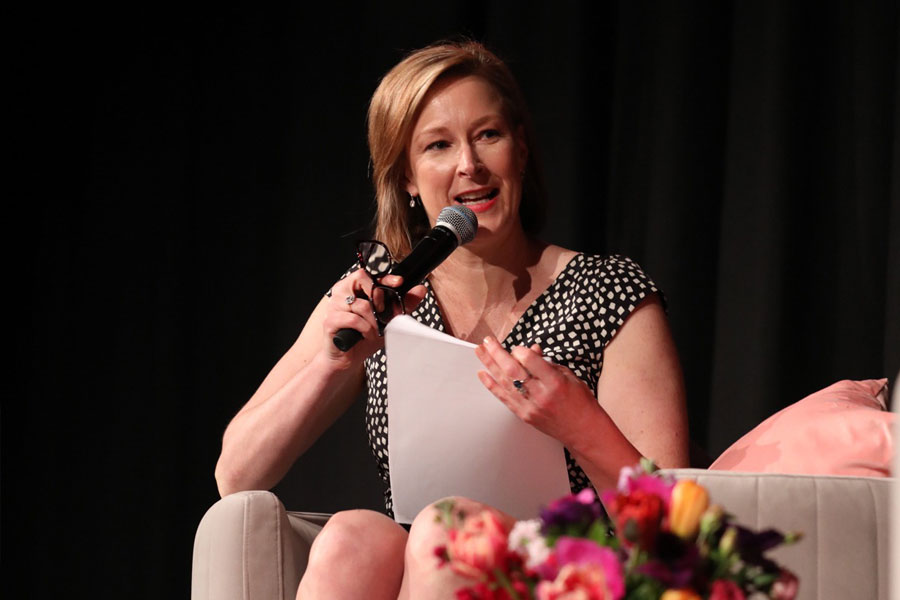 Today was the day we – along with over 800 women and men- had the privilege to sit with Leigh Sales and listen to her talk about her life, her work and the set of circumstances that led her to research and  write her latest book, Any Ordinary Day.

Intelligent, highly-capable, quick-witted, and determined, from the outside our premier current affairs journalist looks like she has it all together. Yet over the last four years, Leigh Sales’ life has been privately unravelling.

It started with the birth of her second son in 2014. Leigh suffered a life-threatening complication – a uterine rupture – that’s usually fatal for the mother and the baby. She needed three blood transfusions during emergency surgery. Her obstetrician describes opening her abdomen and seeing a “sea of blood.” 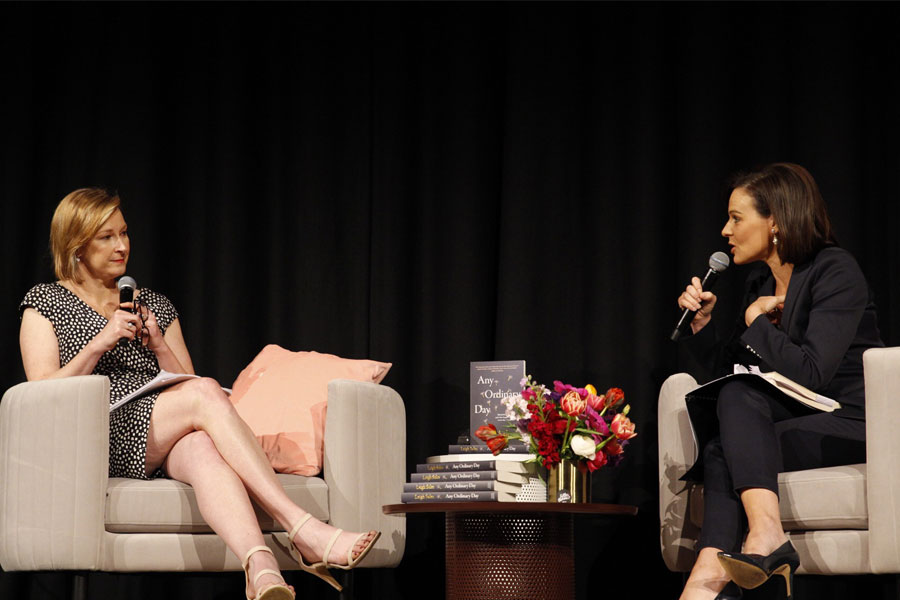 The tear in the left side of her uterus was as big as a cricket ball, and due to her baby’s traumatic birth, they didn’t know if there had been brain damage – and wouldn’t know for a long time.

It was this experience that rattled Leigh.

“I didn’t understand at the time, but in hindsight, that experience caused me to entirely lose my sense of security in the world, and, to a degree, my sense of self,” Leigh told the crowd at our sold-out event in Sydney this morning.

“The person I considered myself to be – self-sufficient, in control – was not, in fact, who I had turned out to be.”

“Although I know it was irrational, I felt ashamed and weak. It was terrifying.”

“The world did not seem as safe as it once had, and the possibility of death or catastrophe seemed real, not distant things I didn’t need to worry about for the time being.”

Leigh didn’t know it yet, but life was about to throw more curveballs her way. Soon after the birth of her second son (and we should point out he’s fine – and as rambunctious as any other four-year-old), Leigh’s marriage broke down, her beloved father passed away, and her eldest son needed surgery.

These circumstances amplified questions that she needed answers to – questions like, How do we come to terms with the fact that life can blindside us in an instant? When the unthinkable happens, what comes next? And how does a person who has faced insurmountable grief and tragedy go on?

Rather than running from what she feared the most – the fear that at any time something terrible could happen to her or her family – we learned that Leigh chose to walk towards it.

“To me paying close attention to these kinds of tragedies felt like staring at the sun. It scared me to do it, yet I wanted to see what would happen if I didn’t look away.”

“Walk towards what you fear, it’s what fills you with growth.”

Leigh revealed that during her interviews with Australians who’ve faced the unimaginable like Stuart Diver and the Lindt café siege survivors, though she ‘feared being crushed under the weight’ of these tragic stories, they instead gave her hope.

“I now feel more at ease with the things I can’t control,” Leigh said. “I probably would be able to muddle on by relying on my resilience and the help of others.”

“It’s given me so much hope, what people can get through is amazing.”

By weaving in her personal experiences and her forensic-style research on the way the human brain processes fear and grief, Leigh delivered an unforgettable masterclass in resilience.

She taught us that rather than becoming fearful when we hear news of unspeakable tragedy, we should instead be more grateful for the lives we’re leading – especially on the days that seem the most ordinary. For these are the days we’ll look back on and regret not appreciating our good health or mobility or the lack of pain in our lives.

Leigh is now heading to Melbourne tomorrow followed by Brisbane, Adelaide and Perth. There are still a handful of tickets left in each state, head to our tickets page for more information.