“Because when you give better f*cks, you get better problems.” 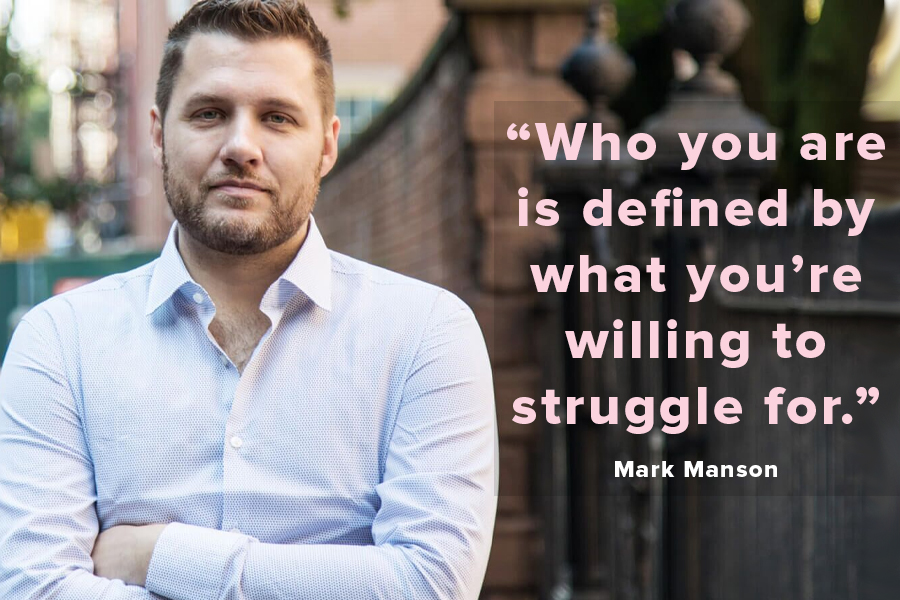 You’ve probably seen Mark Manson’s New York Times best-selling book, The Subtle Art of Not Giving a F*ck at least once in your life. Whether it was on one of your friends Instagram stories or perhaps you saw a stranger intently flicking through it on the train – it’s pretty hard to miss. It is bright orange after all! Well, Mark has followed up his smash-hit with his most recent release, Everything is F*cked: A Book About Hope.

Mark is joining us for a number of breakfast events across Sydney, Brisbane, Adelaide, Melbourne and Perth next month to talk about his new book, Everything is F*cked: A Book About Hope. Mark explores how even though everything is technically the best it’s ever been, we’re somehow also the worst we’ve ever been. In the lead up to the event, we’ve dug into The Subtle Art of Not Giving a F*ck to give you a taste of the type of wisdom you can learn from brekkie with Mark.

“When we give too many f*cks, when we choose to give a f*ck about everything, then we feel as though we are perpetually entitled to feel comfortable and happy at all times, that’s when life f*cks us.”

2) Pick your battles wisely. Invest your energy where it matters.

“Maturity is what happens when one learns to only give a f*ck about what’s truly f*ck-worthy.”

3) Doing too much is the same as doing nothing at all.

“We are defined by what we choose to reject. And if we reject nothing we essentially have no identity at all.”

“If you think about a young child trying to learn to walk, that child will fall down and hurt itself hundreds of times. But at no point does that child ever stop and think, ‘Oh, I guess walking just isn’t for me. I’m not good at it.’”

5) And that your fear of failure is your biggest enemy.

6)  You can’t ever really “find yourself” because who you are will constantly change, and that’s a good thing.

“I say don’t find yourself. I say never know who you are. Because that’s what keeps you striving and discovering. And it forces you to remain humble in your judgments and accepting of the differences in others.”

7) Not every “problem” has to be a negative thing.

9) It’s important to stop and be content with what you have once in a while.

“The more you pursue feeling better all the time, the less satisfied you become, as pursuing something only reinforces the fact that you lack it in the first place.”

10) Hard times are a necessary part of life.

“Who you are is defined by what you’re willing to struggle for.”

11) And that caring less will only lead to better things.

“This, in a nutshell, is what ‘self-improvement’ is really about: prioritising better values, choosing better things to give a f*ck about. Because when you give better f*cks, you get better problems.”

Mark will be joining the Business Chicks stage in July, head to our events page to grab your ticket before they’re all sold out.

Read next: Mark Manson on how your insecurity is bought and sold